The present specimens show variable characters and are treated as A. pictus  for the time being. In one male from Liberia and two females from Togo (“form 1”) the tylus (in lateral view) is straight to slightly konvex (like in most above mentioned species) and the lateral margins of the posterior pronotal lobe are broadly lamellate as illustrated for A. occidentalis ( Villiers, 1971)  . In three males and one female from Togo (“form 2”) the tylus is arcuate, similar to A. sahelensis  , but the lamellate margins of the posterior pronotal lobe are narrower (more or less like in all other mentioned species). One female from Togo shows the exact intermix of both combinations. To make things more confusing, slightly different male genitalia of one “form 1” and two “form 2” males do not correspond to the respective forms, i.e. one “form 2” male shows another left paramere than the other but resembles “form 1” (the right parameres are indistinguishable, but differ from A. dilectus  , A. meridionalis  and A. seyidiensis  ). Eventually it should be noted that both forms exhibit a sexual dimorphism in the abdominal shape, being broader oval in females than in males, and in the relative proportions of the antennal segments, particularly segment 2, which is shorter in females. 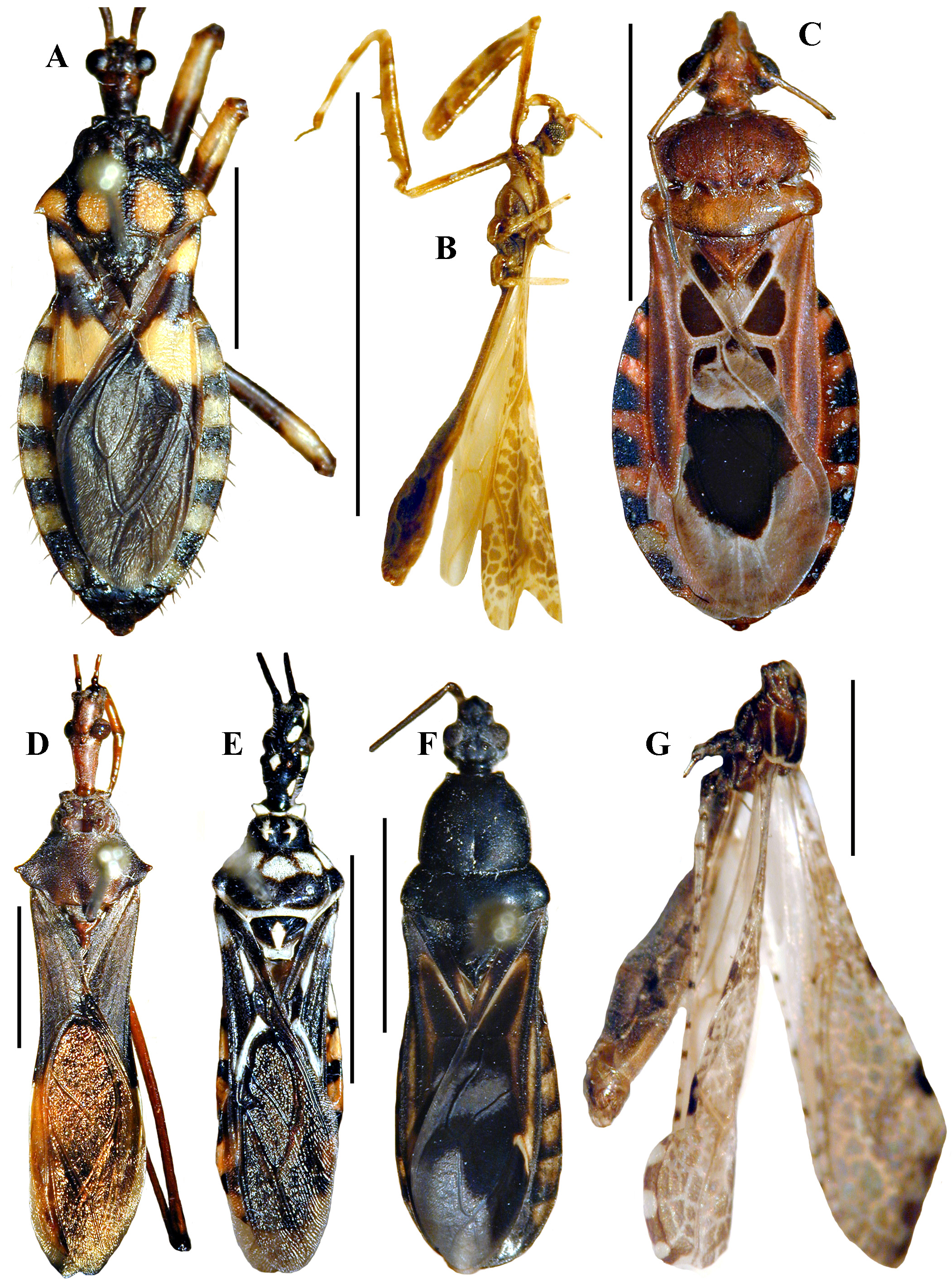