Pronotum longer than wide, swollen, punctuate, tricarinate; carinae laminate, raised and of the same size, uniseriate, the areolae rectangular and large; collar raised as to form a cyst-like hood, with subquadrate areolae of te same size than on carinae; paranota developped, raised with margins rounded, with two rows of subquadrate areolae of the same size than on carinae; sulcus straight and narrow, slightly enlarging on metasternum.

Hemelytra slightly enlarged, divided in the usual areas; costal area raised, biseriate all along, with one or two additional areolae opposite of RM and Cu junction, aerolae large and subquadrate; subcostal area almost the same width than costal area, biseriate, areolae subquadrate and of the same size than on costal area; discoidal area longer than half the length of hemelytra, four areolae wide at widest part, aerolae a little smaller than on subcostal area; sutural area four to five aerolae wide, areolae enlarging from base to paex, then larger than on other areas.

Comments. This single specimen is clearly different than the holotype of Recaredus rex  , the only known species of the genus. It differs from it by the costal area completely biseriate (partly uniseriate in rex  in both sex); the paranota biseriate and with large areolae, while there are triseriate and with smaller areolae on R. rex  .

Etymology. This species is named in honor to the Tiger project which allowed the authors to study this specimen. 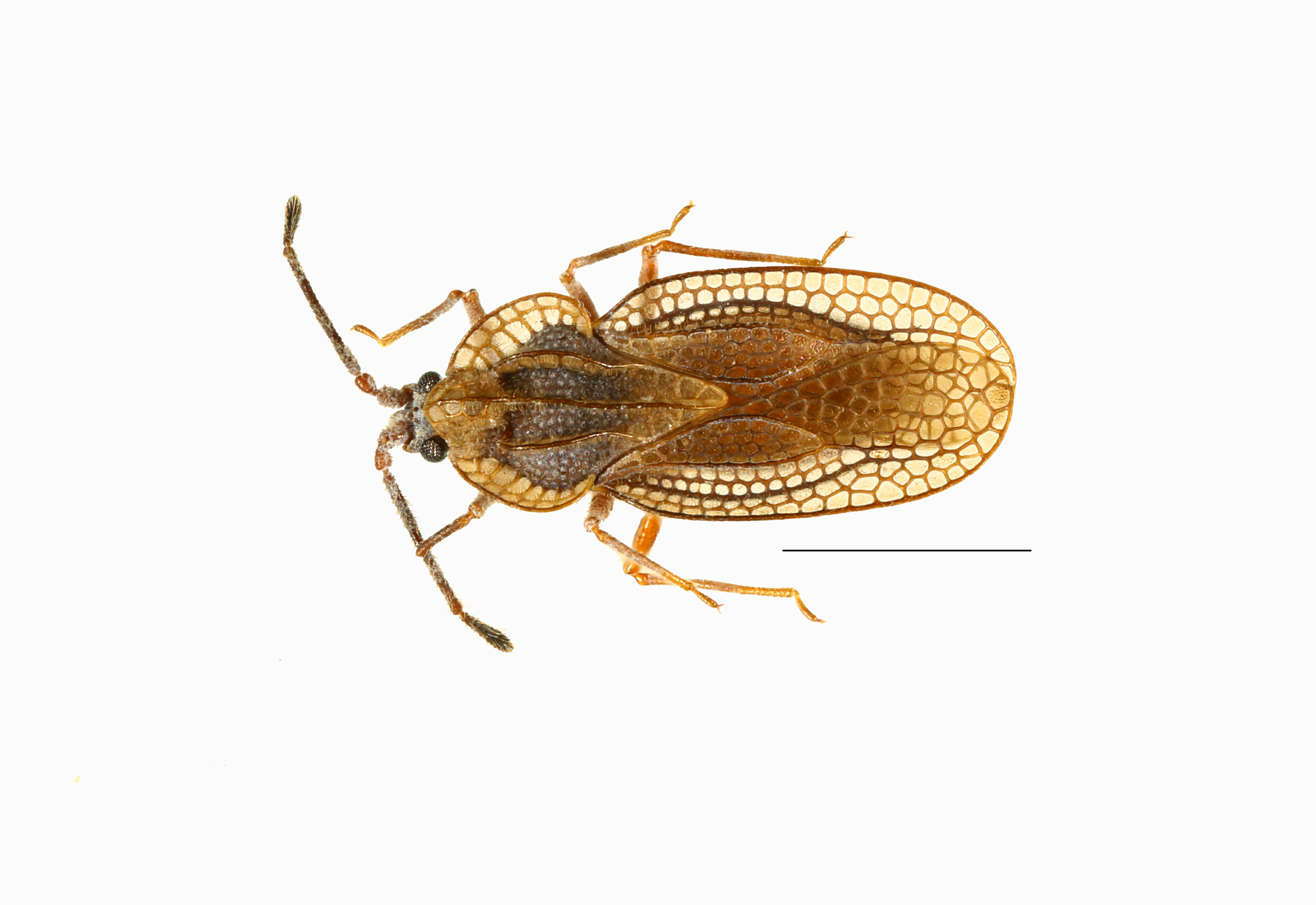