Legs without spines, covered by short brown setae, femora and tibiae with rows of longer black setae. Fore coxae inserted very close to each other; femora widened distally, that of foreleg thickest on base ( Figure 2D View Figure 2 ). Fore tibia grasping comb very evident, formed by a row of striae, occupying almost half of tibial length.

Specimens were collected only on foam retained in black water rivers at two localities in Espírito Santo, this being the first record of the genus in southeastern Brazil.

The term brasiliensis   refers to natives of Brazil.

Oiovelia Drake and Maldonado-Capriles, 1952   is a very poorly studied genus, with only three species, O. cunucunumana Drake and Maldonado-Capriles, 1952   , O. rivicola Spangler, 1986   and O. spumicola Spangler, 1986   having been described to date. Oiovelia spumicola   is easily separated from other species in the genus by the yellowish pronotum and hook-like male paramere.

Other species, including the one described above, display a reddish brown pronotum and have the apex of the paramere narrowed ( O. cunucunumana   and O. brasiliensis   sp. nov.) or enlarged ( O. rivicola   ), but never hook-like. Oiovelia brasiliensis   sp. nov. runs to O. cunucunumana   in the key to species of the genus provided by Spangler (1986), presenting, as in the last species, an antennomere IV longer than III.

Various nymphs were collected with the types of O. brasiliensis   sp. nov., but they do not run to O. cunucunumana   on the key of Mazzucconi and Bachmann (1997). In fact, they apparently fit the diagnosis of an undescribed species mentioned in the same article, and still not described formally, having the head and thoracic tergal plates dark brown, and the legs gradually darker up to the apex. In O. cunucunumana   , by contrast, the nymphs display a light brown head and tergal plates, have the coxae and trochanters light, and the femora, tibiae and tarsi of uniformly darker colour.

One apterous female very similar to O. brasiliensis   sp. nov. was collected in Santa Teresa; however, it was predominantly yellowish in colour with tufts of long black setae on abdominal tergites VI–VII. The lack of a male with same colour did not permit its identification as O. spumicola   or as another undescribed species in the genus. 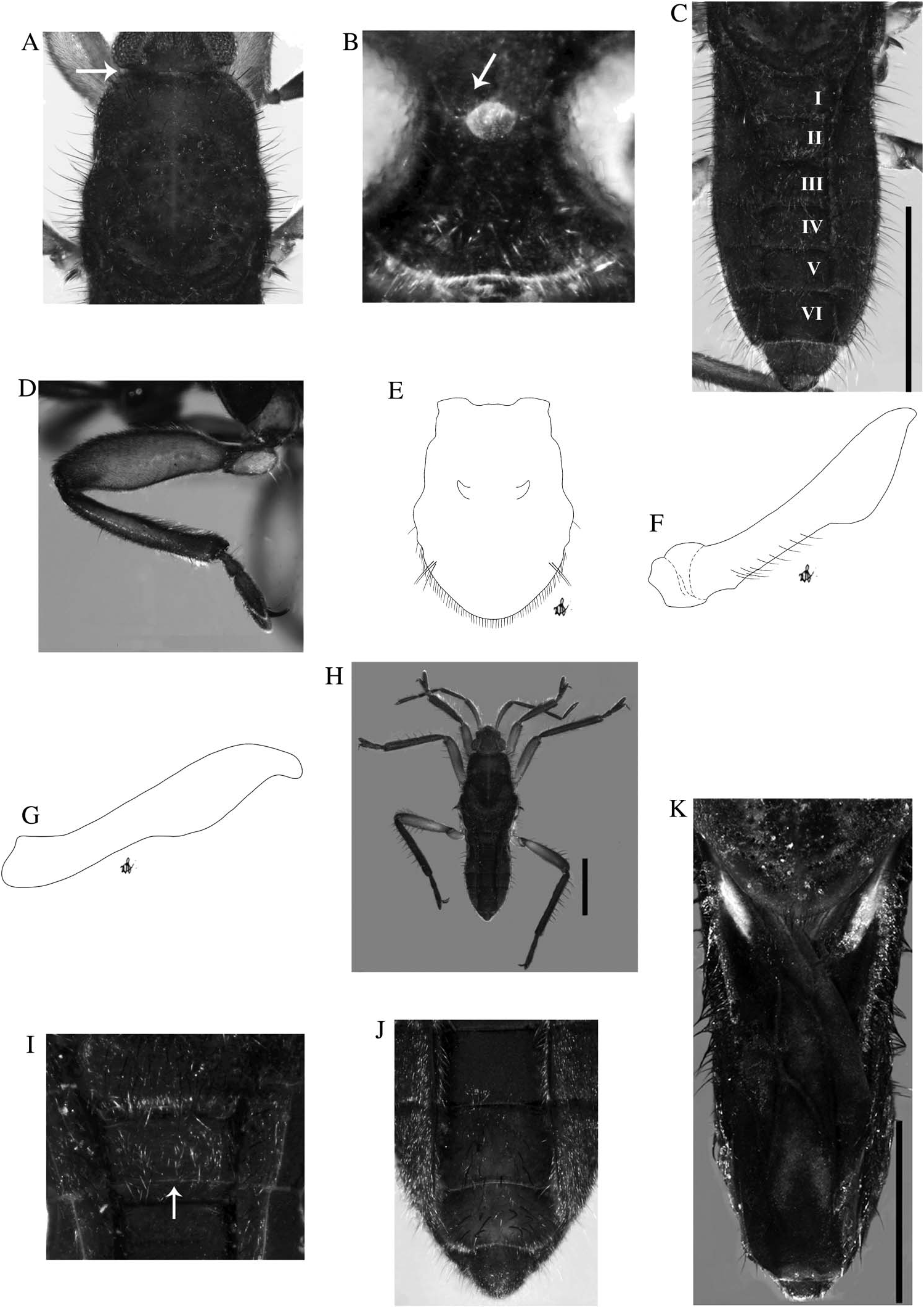