Etymology. The name is a reference to the type locality: Fuentes Georginas, a popular spot with hot springs high in the mountains on the Pacific slope.

Diagnosis. Similar to gigantea   but less robust species with a yellow cast on forewings and very characteristic deep crimson red legs. By comparison H. gigantea   is a larger and more robust species well characterized by the wider black margin of the fore- and hindwings. There is no yellowish cast on the forewings, the black indentation in space 2 of the hindwings is more pronounced, the abdomen upperside has a bluish hue with blue intersegmental lines (very difficult to see on dried specimens), the tip on the antennae below are not white, palpi are red not black.

In H. gigantea   , the uncus is shorter and wider, the lateral protuberances are longer, wider and rounded (tapered in georginas   ) in lateral view, cylindrical in ventral view. The valvae are asymmetrical, the left one being slightly longer than the right one which reaches the base of uncus. The tegumen is a little wider, the concavity more pronounced and always without saccus. In the aedeagus, the ventral process is less than half the length of the upper process (greater than half in georginas   ), narrower but more sclerotized (almost black), and the apex of the ventral process is abruptly cut, not tapered as in georginas   .

Male Genitalia ( Fig. 3 View Figure 3 g–i): Uncus long, pointed and curved downward, like a bird beak with a protuberance on each side. In lateral view these protuberances are very slender with a total length less than half the length of uncus. In ventral view, these protuberances have a rounded and almost cylindrical appearance. Valvae are symmetrical slighly curved inward and slightly spatulate at tip, reaching the middle of uncus. Tegumen slightly concave and without saccus. Adaegus very characteristic, divided into two distinct parts: an upper one, long, thin, slightly curved upwards and bearing a small smooth vesica and a lower part slightly longer than half the upper one, wider and strongly sclerotized, corrugated and with a bevelled extremity.

Distribution and biology. For the moment, known only for a restricted area in Guatemala, on the Pacific slope, at high altitude. Biology is unknown.

Remarks. Although sample size of barcoded specimens is small, the relatively large genetic divergence between gigantea   and georginas   , at about 3.8%, fully support the recognition of these taxa as separate species. 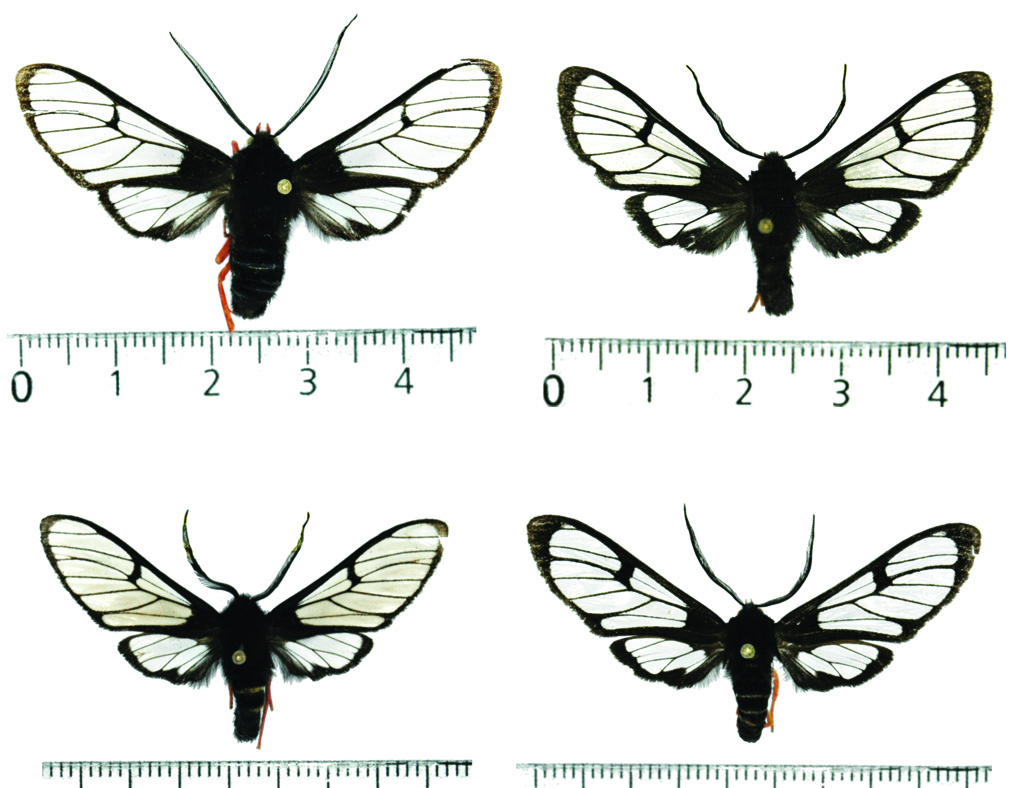 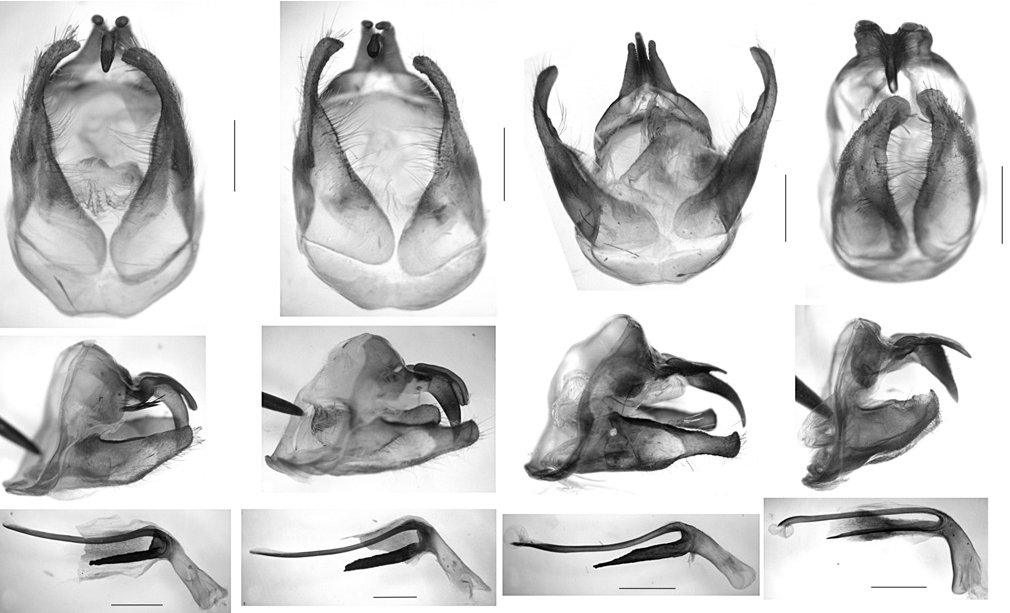