Etymology. The new species is dedicated to Dr. Philippe Bouchet of MNHN, who organized and was the head of the workshop done in Lifou Island.

Remarks. Polyonyx boucheti   n. sp. is close to P. utinomii Miyake, 1943   . These two species share the following characters: carapace covered with delicate, long, transverse striae on the dorsal surface; rostrum without a distinct tuft of setae on the anterior margin; and dactyli of the ambulatory legs each with a bifurcate claw, flexor claw being much larger than the extensor. However, the present new species is distinguished from P. utinomii   by the frontal margin of the carapace bearing long, simple setae (short setae in P. utinomii   ), merus of the third maxilliped with the flexor lobe being marginally dentate (smooth in P. utinomii   ), merus of the cheliped with a comparatively narrower, roundly subrectangular lobe on the dorsoflexor distal margin (broad, rounded lobe in P. utinomii   ), and ambulatory legs bearing longer and more numerous setae (see Osawa 2001).

Distribution. Present known only from the Loyalty Islands, 5– 40 m. 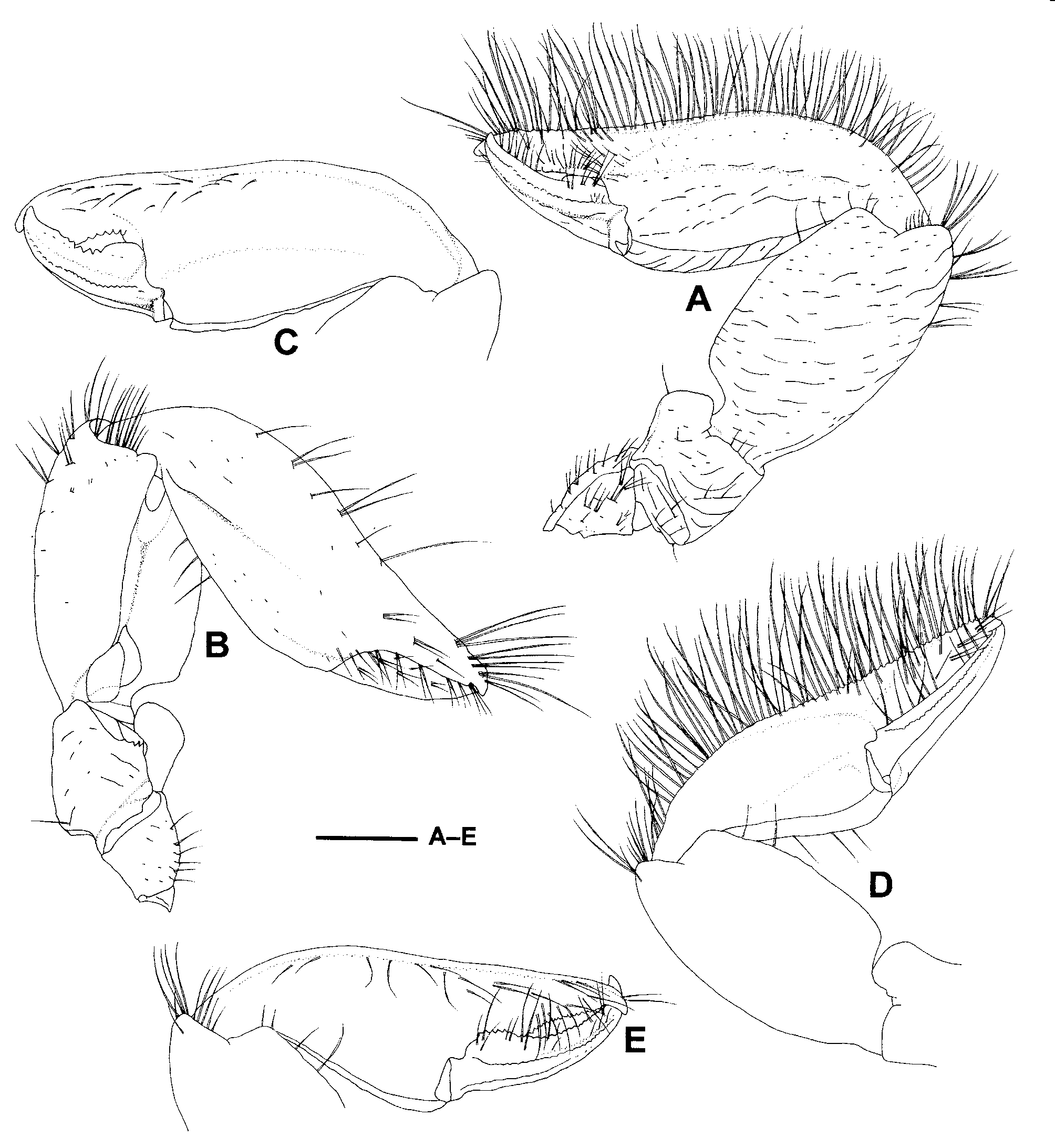