Habitat and collection data. Habitat. NB specimens were collected from among cobblestones along clear, rocky, river margins near the outflow of brooks. One individual was collected from the margin of a spring-fed brook among gravel on firm sand/clay/gravel mix near the outflow of the brook into a clear, rocky river. Others were collected on a partially shaded cobblestone island in a clear, fast flowing river. Specimens were usually found among cobblestones and gravel at water’s edge. Klimaszewski et al. (2011) did not specify the habitat of NF specimens. Collecting period. V-VIII. Collecting method. Hand collecting from among cobblestones near water.

Comments. Externally, A. newfoundlandica   somewhat superficially agrees with some characteristics of the genus Hydrosmecta   , within which it was originally classified ( Klimaszewski et al. 2011), but it has the median lobe of the aedeagus and the spermatheca of the Atheta   type. 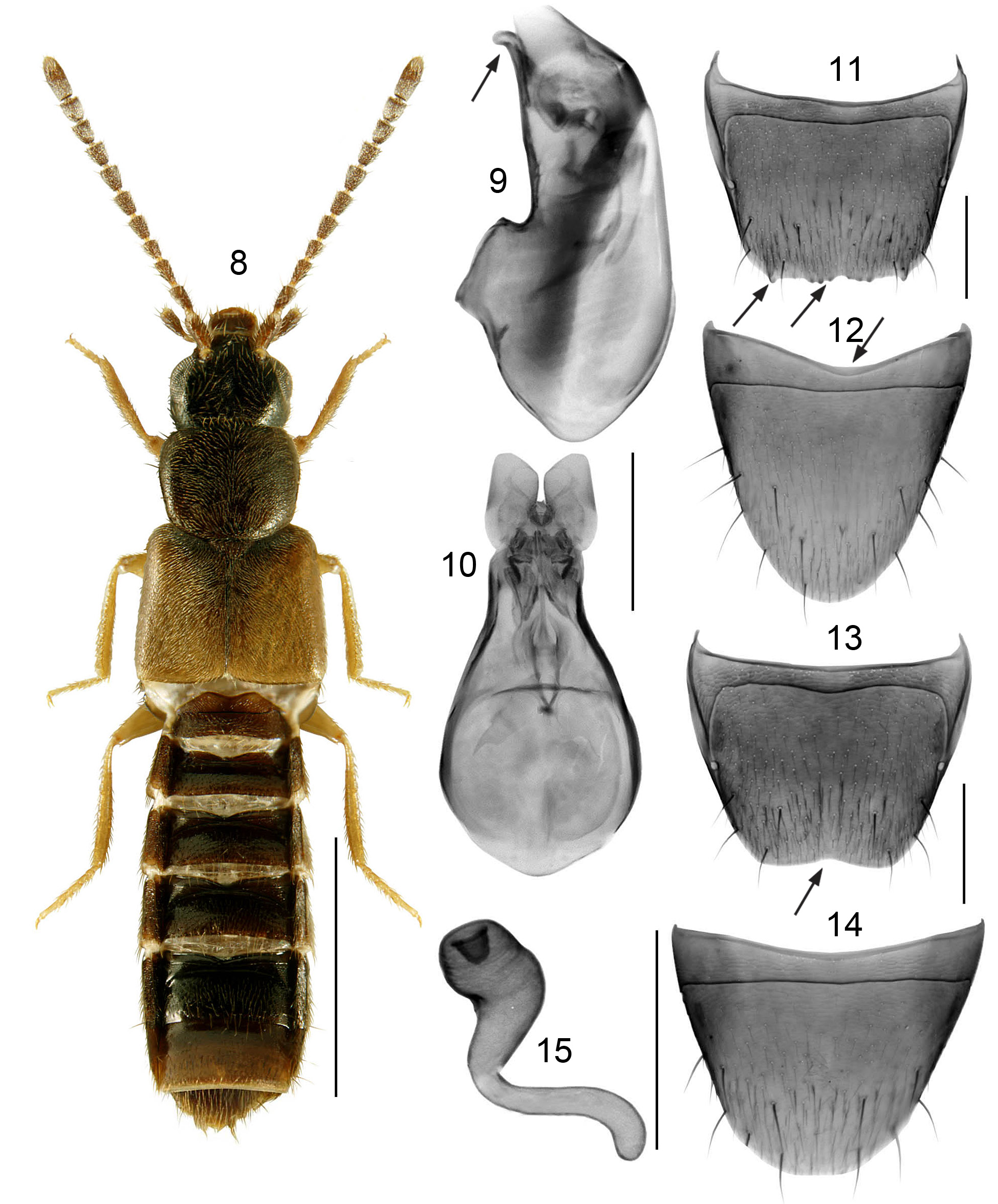