Etymology. This species is named in honor of Vincent Webster   who collected many aleocharine specimens in New Brunswick representing new taxa and new provincial records as well as many other new records from other families.

Habitat and collection data. Habitat. Most specimens are from a cobblestone river margin (clear, fast flowing medium-sized river). Adults were found among algae-covered gravel and cobblestones in a sun-exposed area near flowing water. A few were collected from among cobblestones along a large river; one individual was collected from the margin of a shaded spring-fed brook among gravel on firm sand/ clay/gravel mix flowing into the Meduxnekeag River. Collecting period. VII–VIII. Collecting method. Hand collecting from among cobblestones near rivers and streams. 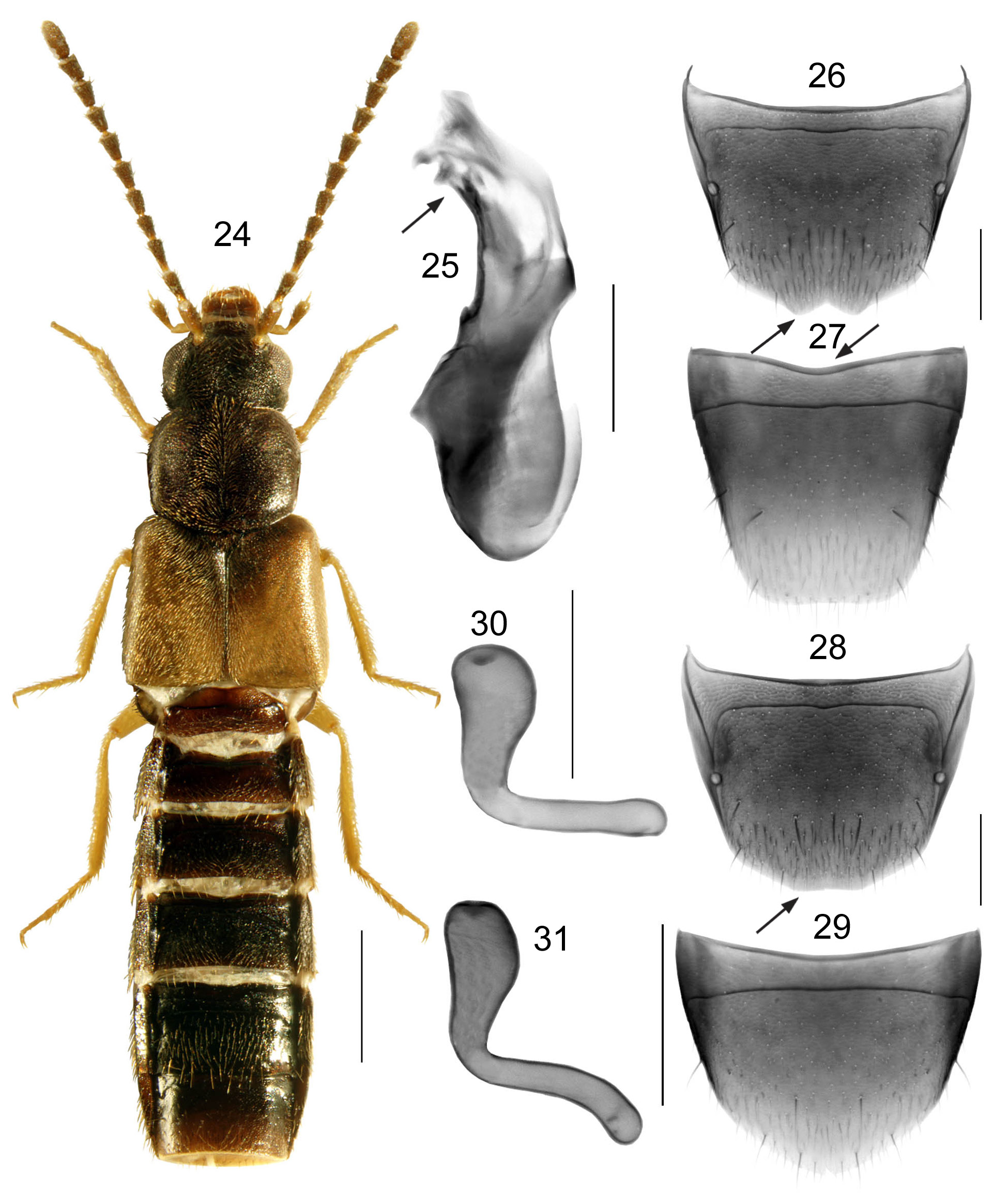