Variability. Wingspans range from 38 to 41.5 mm. The extent of the transparent areas of the hindwing varies considerably.

Diagnosis. N. opaca   sp. nov. is very distinct from most known species of the genus Nokona   . It is somewhat similar to N. pryeri   , which differs from the latter by the lack of transparent areas in the distal part of the hindwings and the extensive red scaling of the abdomen. Superficially, N. opaca   sp. nov. also resembles Cyanosesia cyanolampra   (Diakonoff, [1968]), which differs by the presence of a large transparent area, covering most of the distal area of the hindwing and the orange-yellow patagia. 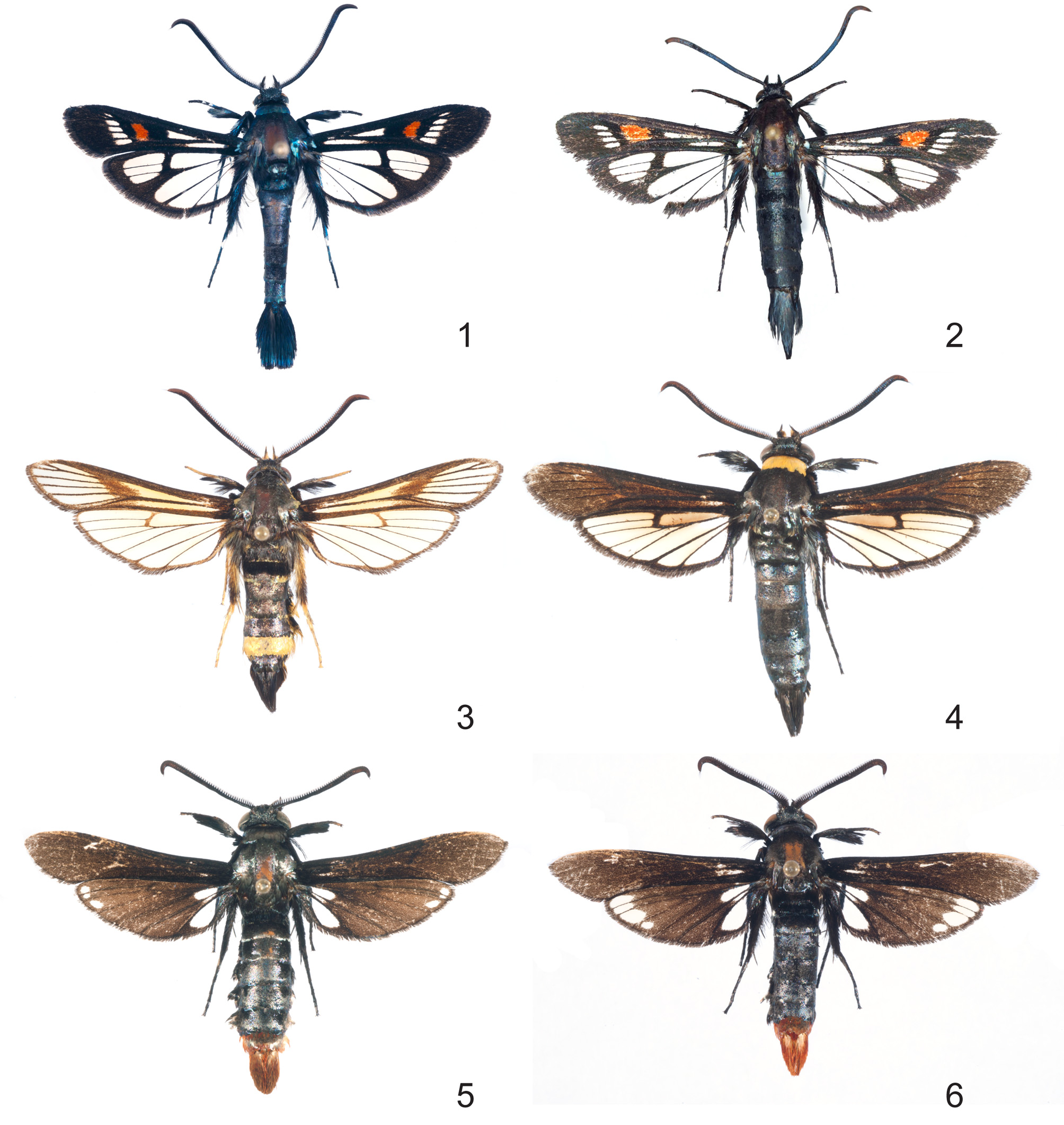