Type material. Gates (2008) invalidly designated a lectotype for R. haumani  as the designated specimen was not part of the original type series. The original material described by Brèthes is not in the collection of the MACN. As this material is apparently lost, a neotype will ultimately need to be designated. Brèthes indicated that his original material was reared from ovule galls on Tragia volubilis  L. ( Euphorbiaceae  ) collected by M. Lucien Hauman on the shore of the La Plata river at Conchites (~ 40km SE Buenos Aires).

Nomenclature and notes. There is a specimen identified as R. haumani  ( Fig. 11View FIGURES 7 – 12. 7) in the collection of the MACN and the dorsal surface of the specimen matches what is known of this species, however the entire venter is embedded in opaque glue. The label data for this specimen is: “Cordoba, 22.II. 1918, P.[?] Caride M./Rachiplusia nu (Guern.) Ha[three illegible letters].” It is clear that this specimen was not seen by Brèthes. 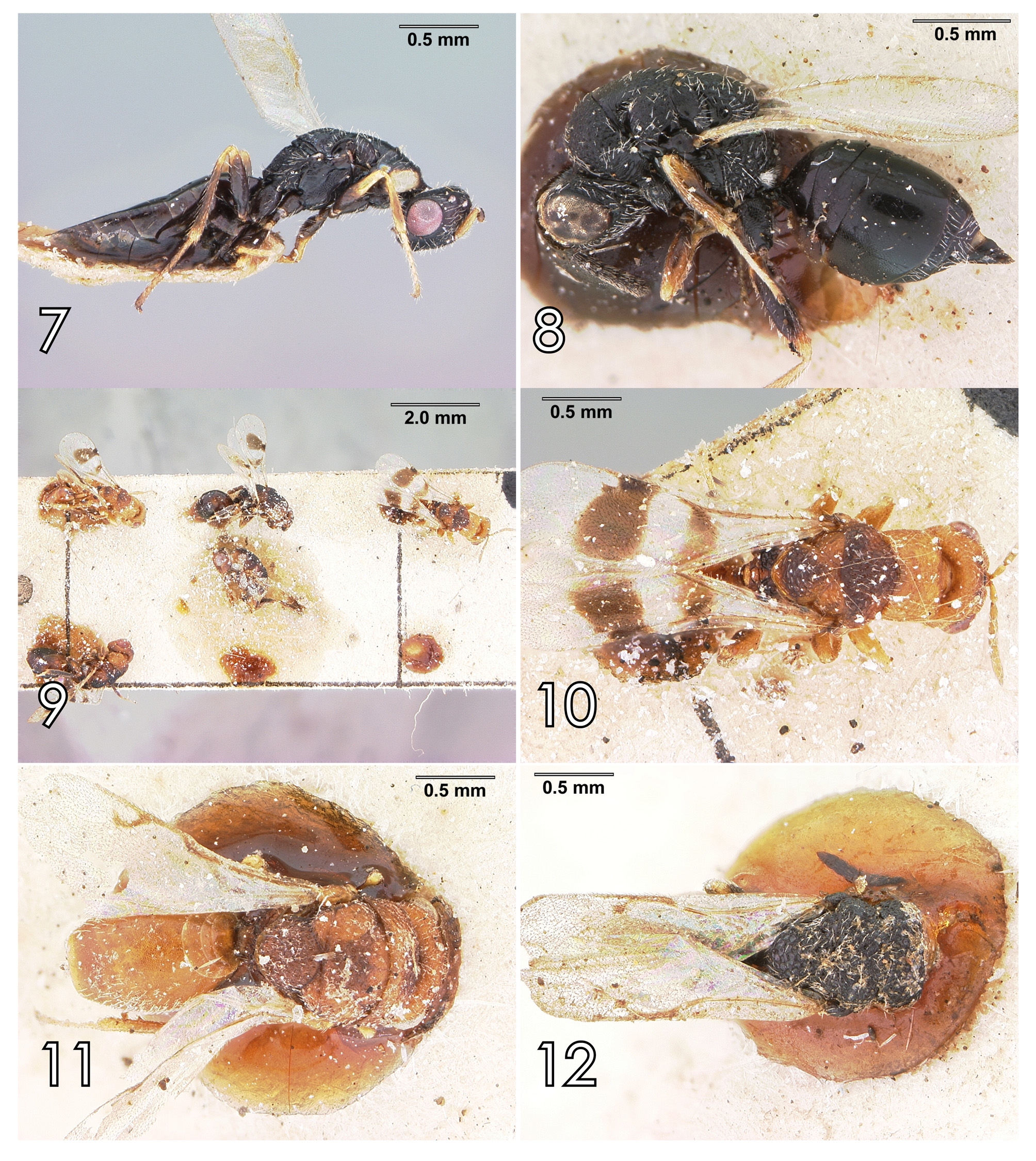