ETYMOLOGY: Named after Mt. Molloy, near the type locality, on the Atherton Tablelands in northeastern Queensland. Noun in apposition.

DISTRIBUTION: Known from one locality in northeastern Queensland on the Atherton Tablelands near Mt. Molloy (map 5).

REMARKS: The aedeagus of the only male specimen of this species was not fully formed,

and was not examined. However, differences found in the parameres, tergal processes, and phallotheca are sufficient to distinguish this species. Erysivena molloy   is closely related to E. majori   , E. bundjalung   , and E. mareeba   , and is differentiated by the blunt hook on the left paramere, and the greatly expanded subapical dorsal process on the right paramere, which is longer than the apex (in the other species the subbasal lobe is small and round and significantly shorter than the apex).

Erysivena molloy   and E. mareeba   are both found in the Atherton Tablelands and on Callitris intratropica   . However, the population of Callitris intratropica   near Mt. Molloy, which is the host of E. molloy   , is significantly different morphologically and is geographically separated from the other Callitris intratropica   populations in the Atherton tablelands (Paul Gadek, personal commun.). This may be indicative of incipient speciation in the host plant, and putatively tracked by these Erysivena species.   Additional morphological differences between E. mareeba   and E. molloy   are the elongate right tergal process on the pygophore that is without a basal lobe, and a more sclerotized and serrate lobe on the phalloguide. The female genitalia of these two species also differ, with the interramal lobes in E. molloy   slightly narrower and shorter laIRL, and a more elongate basal lobe on the laIRL, in comparison to E. mareeba   , as well as a broader mIRL (cf. fig. 74). 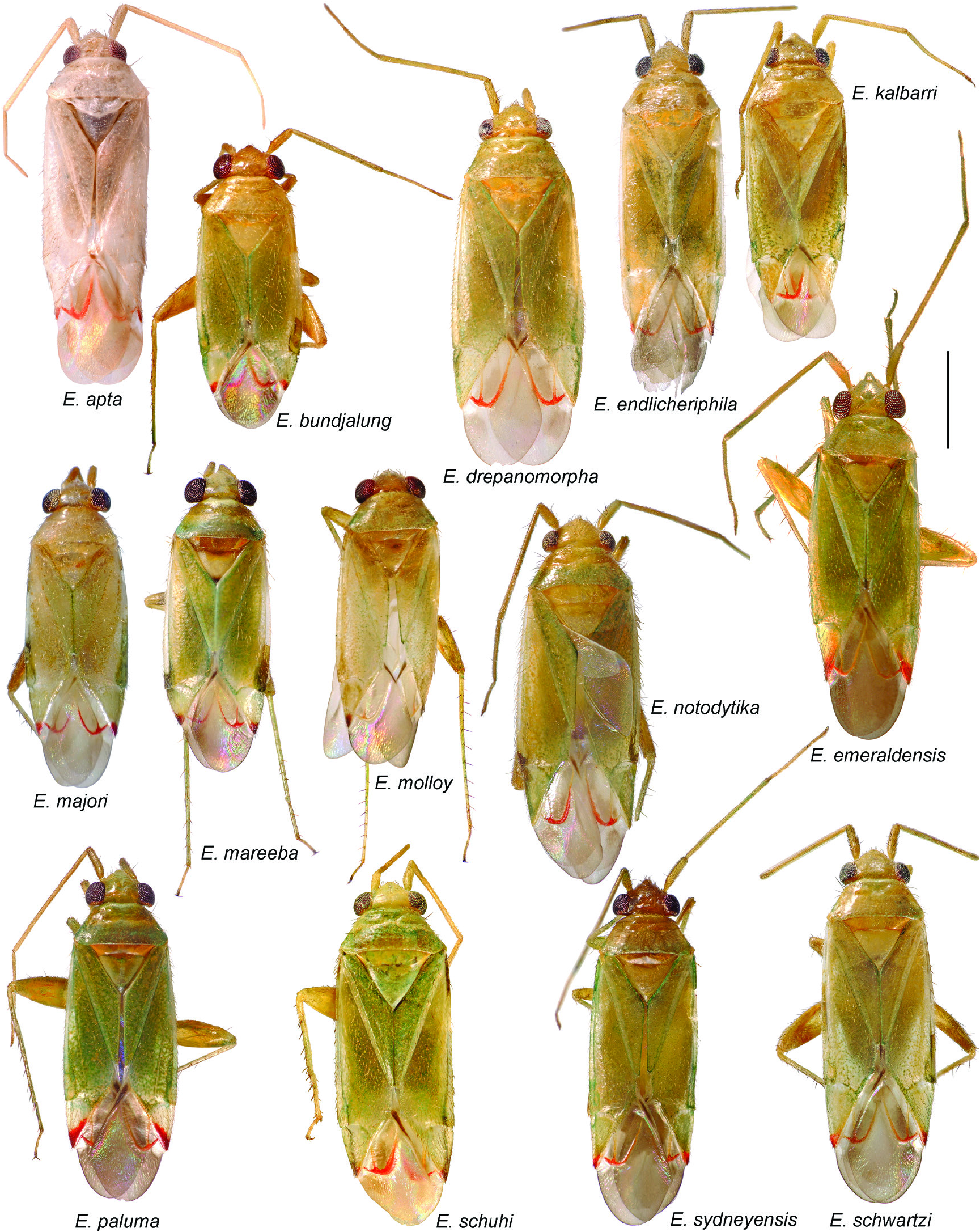