Lopardo, Lara & Hormiga, Gustavo, 2015, Out of the twilight zone: phylogeny and evolutionary morphology of the orb-weaving spider family Mysmenidae, with a focus on spinneret spigot morphology in symphytognathoids (Araneae, Araneoidea), Zoological Journal of the Linnean Society 173 (3), pp. 527-786 : 784

This Brazilian monotypic genus is only known by the male holotype specimen, and it is diagnosed by the following combination of autapomorphies: male palpal tibial rim scoop-shaped, cymbial fold with row of setae similar to surrounding setae (i.e. not minute), embolus with an apical switch in the coiling direction as in Microdipoena ( Fig. 133G View Figure 133 ), uniform abdominal dorsal colour pattern and anterior median eyes separate ( Fig. 142O View Figure 142 ). There appears to be a subtle depression between the anterior median eyes, which could also be synapomorphic for the genus ( Fig. 142O View Figure 142 ; see Wunderlich, 1995: fig. 10), although it has not been explicitly proposed as such in previous studies. Brasilionata has been previously diagnosed by somehow vague characters (Wunderlich, 1995), which when examined within a revisionary context can be assigned to any other mysmenid genus or are simply symplesiomorphies: lack of femoral spot on male, no trichobothrium on metatarsus IV, eight eyes equal in size, one metatarsal prolateral clasping spine, male palpal femur, patella and tibia without structures, cymbium long and distally slender, with a cymbial process, and embolus with apophysis. We could not find an embolic apophysis and instead we report a coiling switch of the distal part of the embolus. 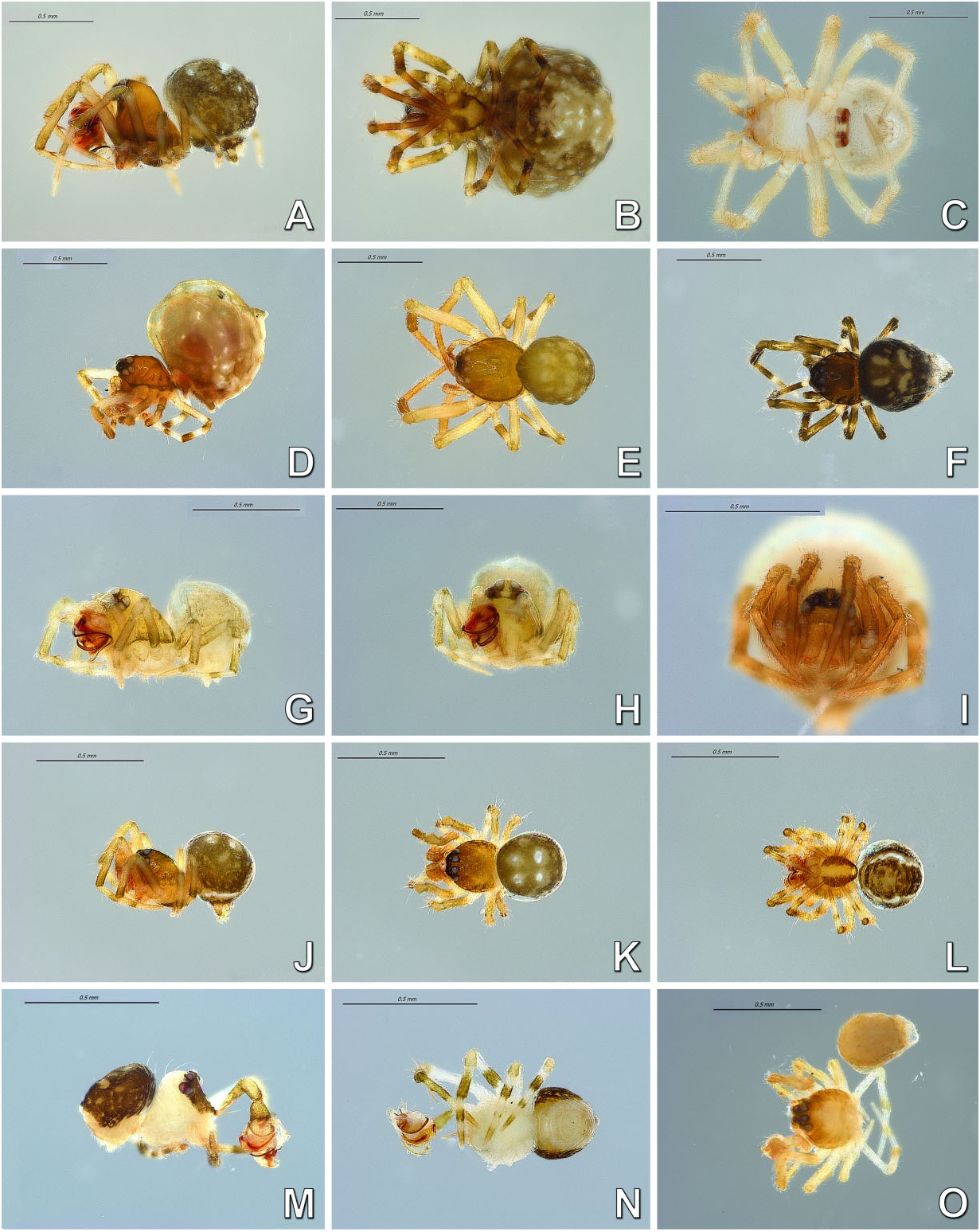 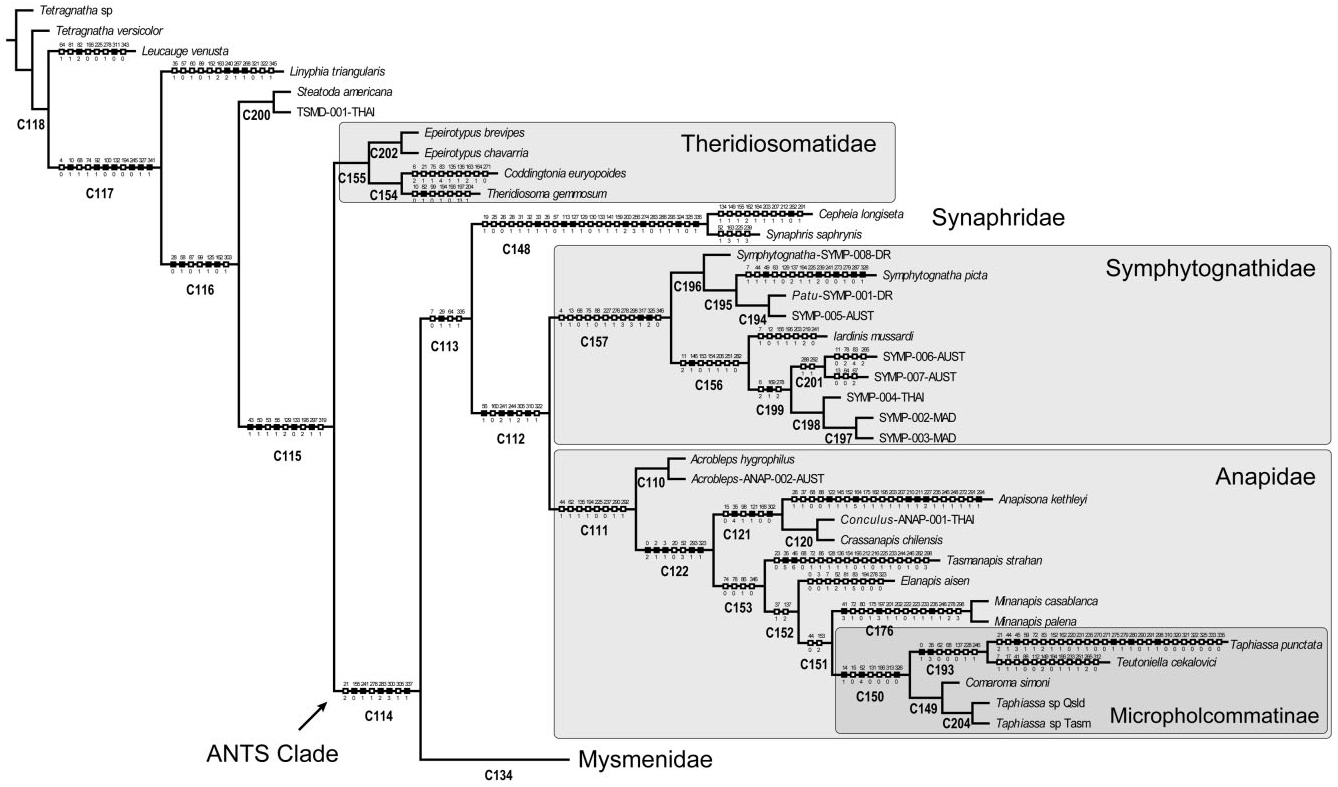 Figure 161. Hypothesis of relationships within Mysmenidae, taken from the results of the combined analysis from Lopardo et al. (2011) (see Fig. 160). New taxonomic (i.e. generic) status as proposed in our study is assigned to each representative; new combinations are emphasized in bold. Unambiguous morphological character optimizations are shown for every branch in the tree. Numbers below each node indicate node numbers. Empty and filled boxes represent homoplasious and non-homoplasious transformations, respectively. Major clades representing taxonomic decisions discussed in the text are highlighted in grey boxes.