Diagnosis. Telemiades mielkei Siewert & Casagrande  , sp. nov. is distinguished from the other species of the “ epicalus  group” by the ground color orangish and by the tegumen with distal margin with two pairs of lateral apophysis, the proximal asymmetrical and bifid.

Etymology. This species is named to honor one of us, Olaf Hermann Hendrik Mielke, for his extensive contribution to the study of the Neotropical skippers, and for his dedication in mentoring many students in taxonomy of Lepidoptera  during his whole life, including the latter and the former author of this paper.

Taxonomic discussion. Although clearly part of the “ epicalus  group”, T. mielkei  sp. nov. is immediately distinguished from the other species of the group by the ground color orangish, and the tegumen with two pairs of lateral apophysis, the outer asymmetrical and bifid. Telemiades mielkei  sp. nov. is represented only by two specimens collected in the Cosñipata Valley, Cusco, Peru, an area that is rich in endemic species (e.g. Pyrcz et al. 2010). 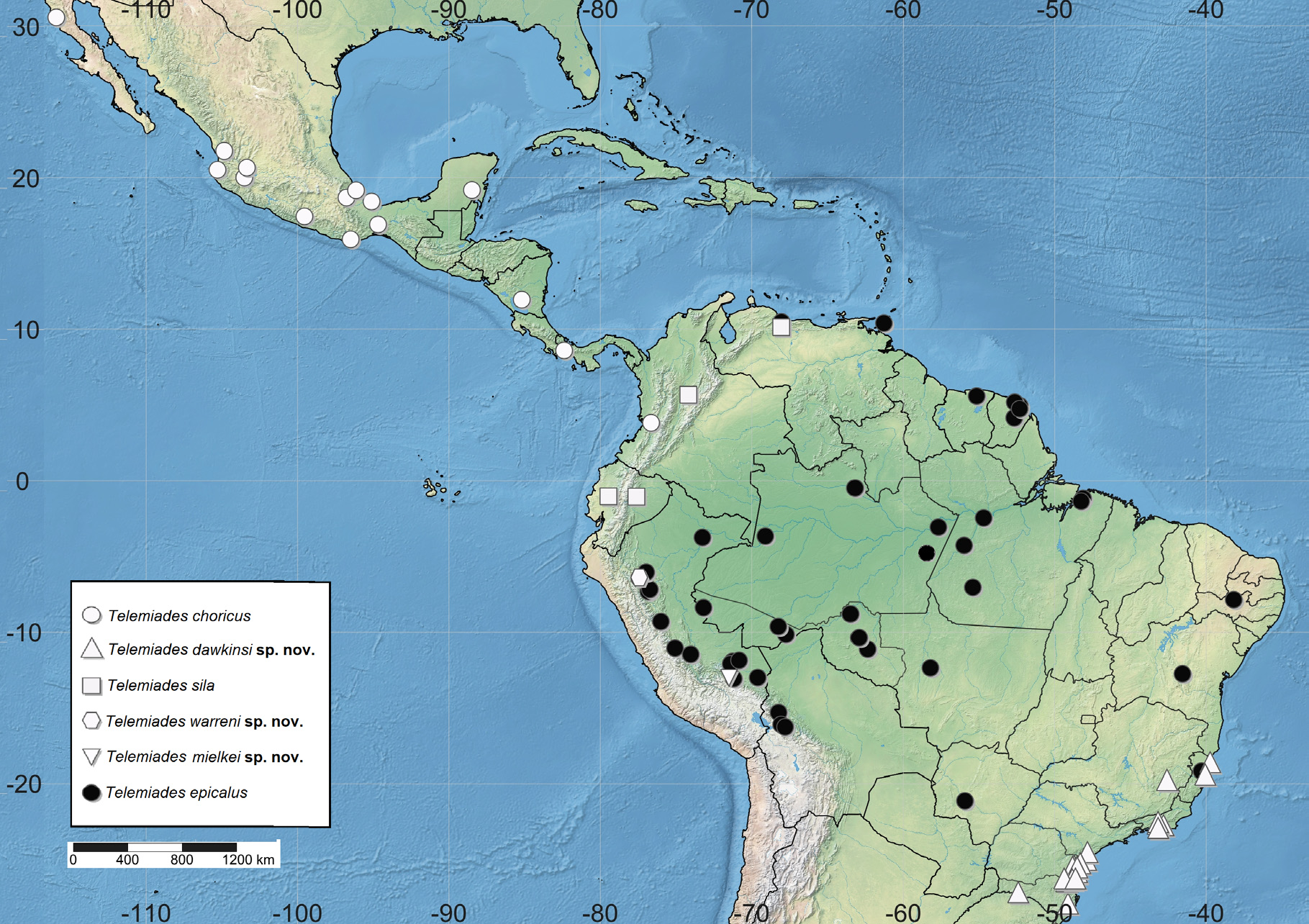 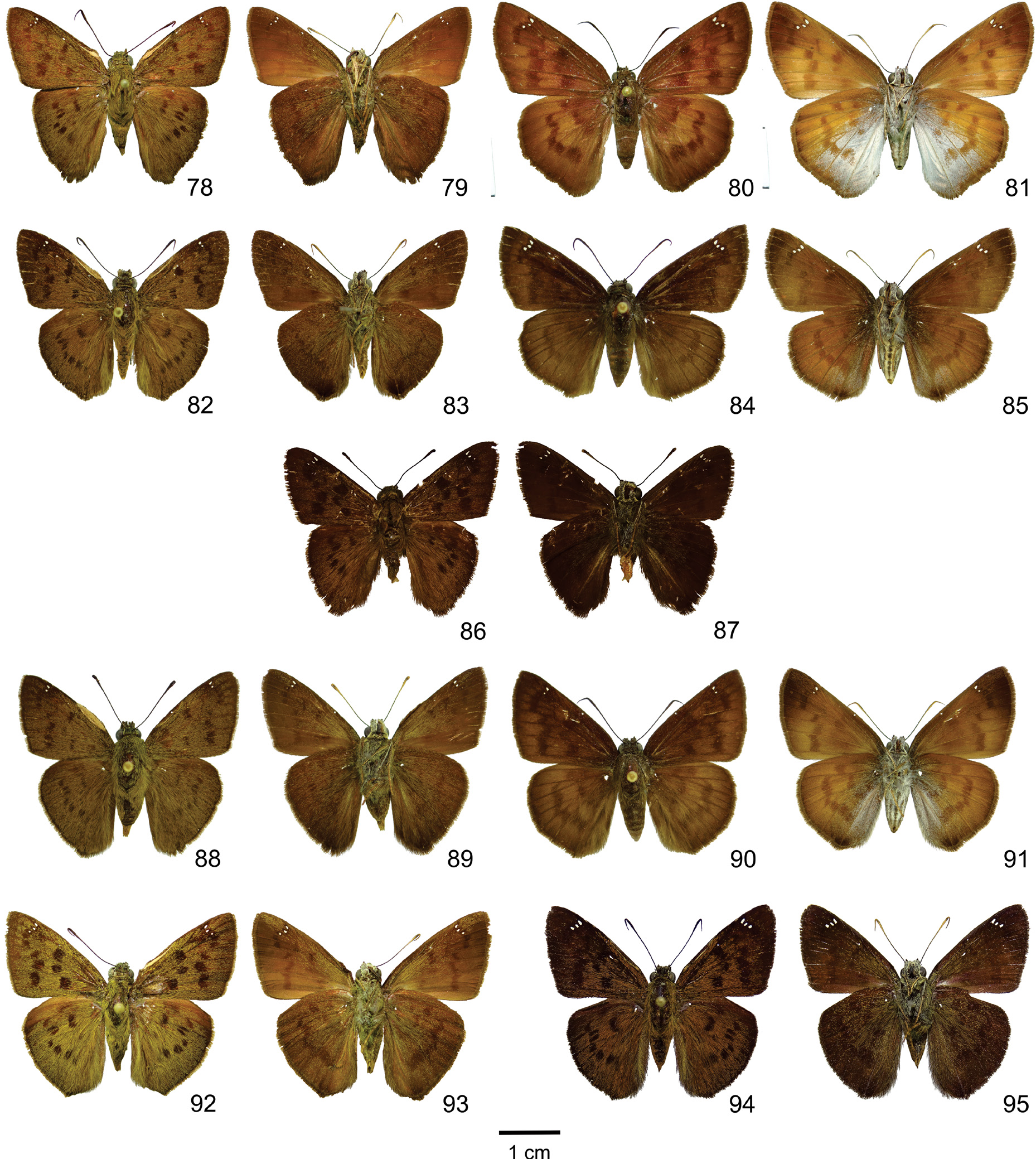