This species was recorded from New Brunswick, Newfoundland, and Nova Scotia by Smetana (1982). Davies (1979) found this introduced Palearctic species in seaweed beach wrack in St. Andrews, New Brunswick. Its distribution in Atlantic Canada is shown in Fig. 15 View Fig . Smetana (1982) noted rotting seaweed as one of the habitats where the species has been found in North America and Lindroth (1957) found it at every one of the southern English coastal sites that he surveyed where dry ballast destined for North America originated. This not only indicates habitat preferences, but also a possible mechanism for the introduction of this species to North America. 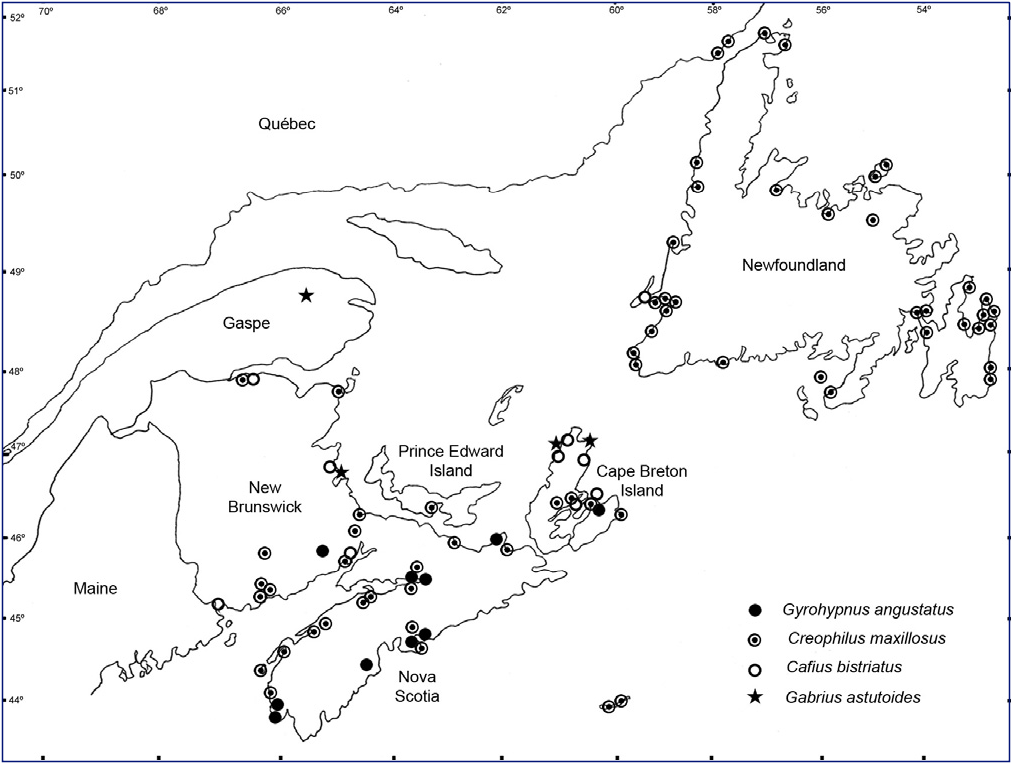