Hoebeke (1985) recorded this species from New Brunswick and Nova Scotia. Davies (1979) found it in seaweed beach wrack in St. Andrews, New Brunswick. Howden (1970) and Wright (1989) recorded it from pond-edge debris on Sable Island, NS, and Hoebeke (1985) noted that it occurs in beach debris. Its distribution in Atlantic Canada is shown in Fig. 13 View Fig . Hoebeke (1985) erroneously plotted the Sable Island (160 km off the Atlantic coast of Nova Scotia) records as being from Cape Sable Island (in southwestern Nova Scotia). It is a species found in many decompositional situations ( Hoebeke 1985) that only occurs sporadically in coastline environments. 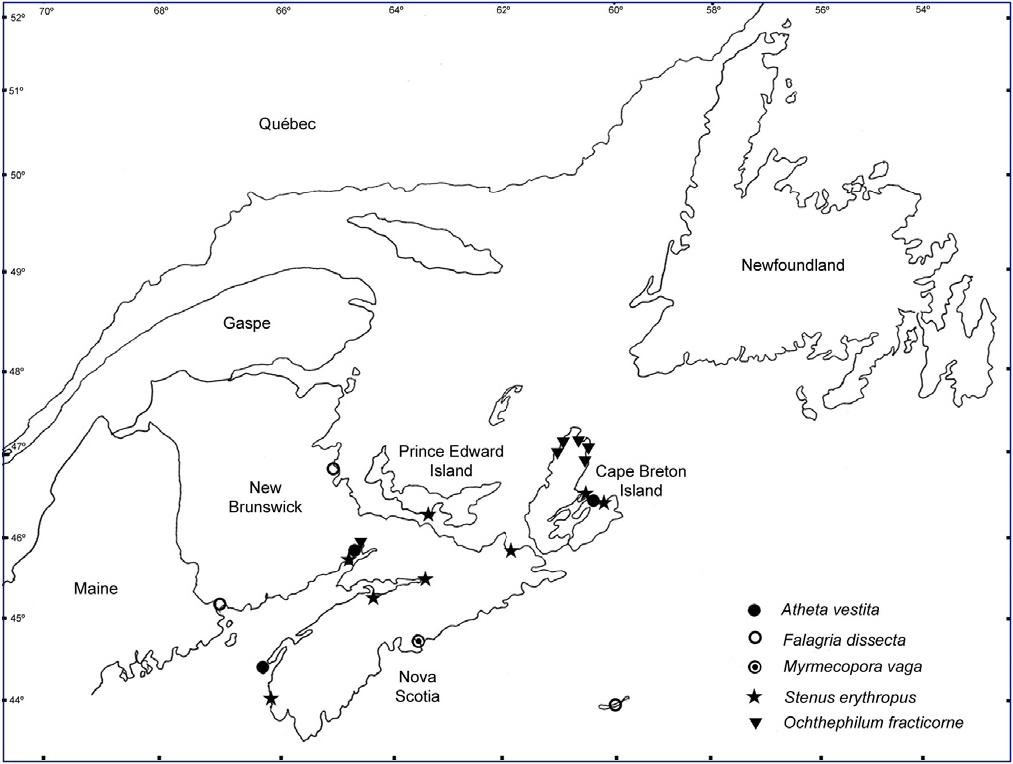