Diagnosis. Anastrepha cheslavoi   resembles species of the serpentina   group, especially three species with the C- and S-bands broadly fused, and cell br without a hyaline area distal to crossvein bm-m. It differs from these three species, A. anomoiae Norrbom   , A. pulchella Norrbom   and A. pulchra Stone   , in having all abdominal tergites orange without brown markings or bands, predominant color of the mesonotum orange, wing color pattern predominantly orange, shorter terminalia (oviscape length 2.3 mm, aculeus length 1.92 mm vs. both over 3.0 mm in the other 3 species), and the proximal arm of the V-band extended anteriorly only to vein M 1 or very faintly into cell r 4+5 vs. at least partially distinct in cell r 4+5). In the keys of Steyskal (1977) and Norrbom (2002), A. cheslavoi   runs with some difficulty to A. pulchra Stone   , which differs additionally in having brown markings on the orbital plate and occiput and lacking serrations on the aculeus tip.

Distribution. Anastrepha cheslavoi   is known only from Colombia (Casanare Department), from the region is known as “Piedemonte llanero” because of its overlapping Andean and Orinoquian natural regions.

Etymology. This species is named in recognition of the late Cheslavo A. Korytkowski, professor of the Programa Centroamericano de Maestría en Entomología (PCMENT) of the Universidad de Panamá, a passionate researcher on fruit flies and who for decades mentored and inspired many entomologists from Latin America. 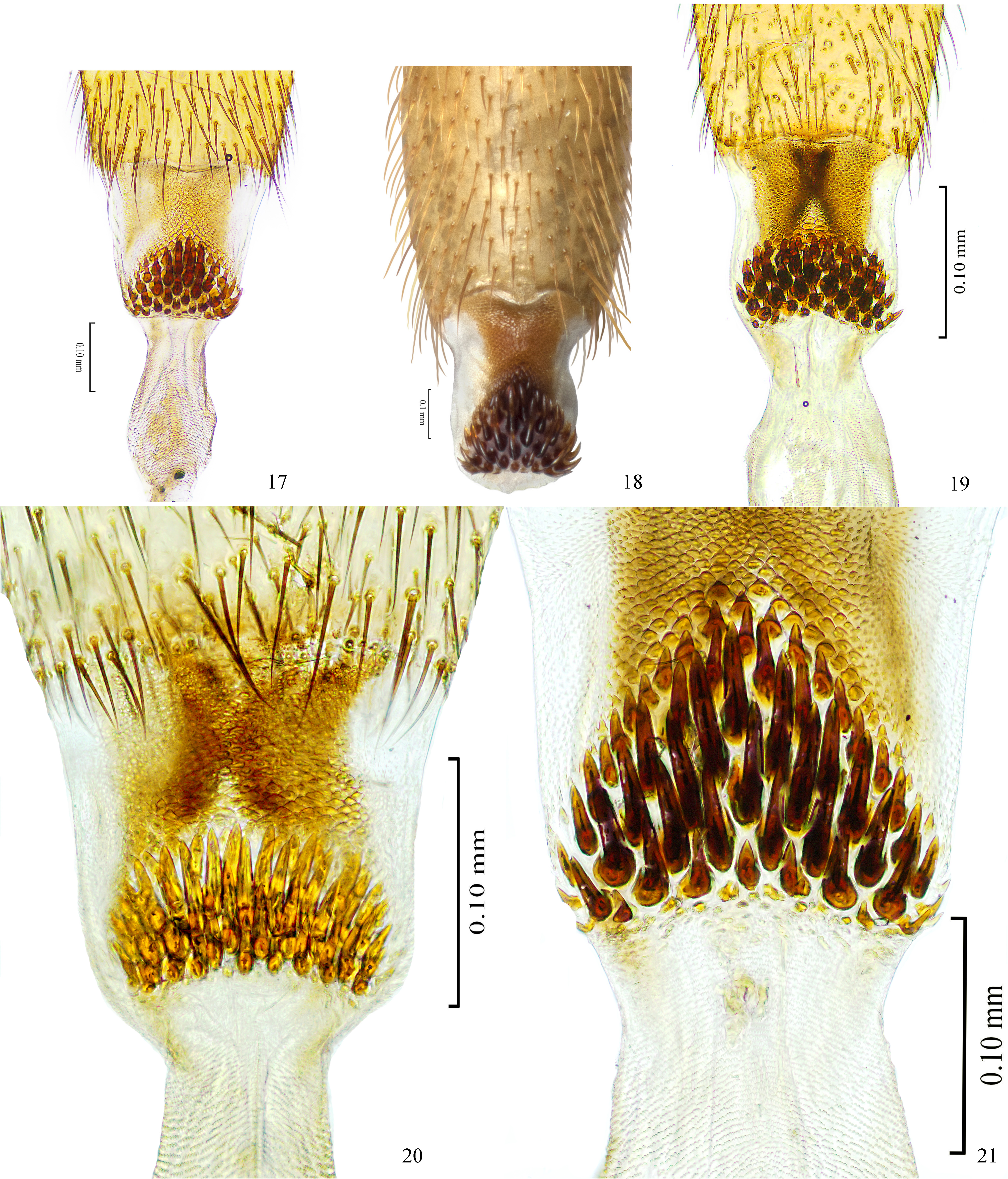 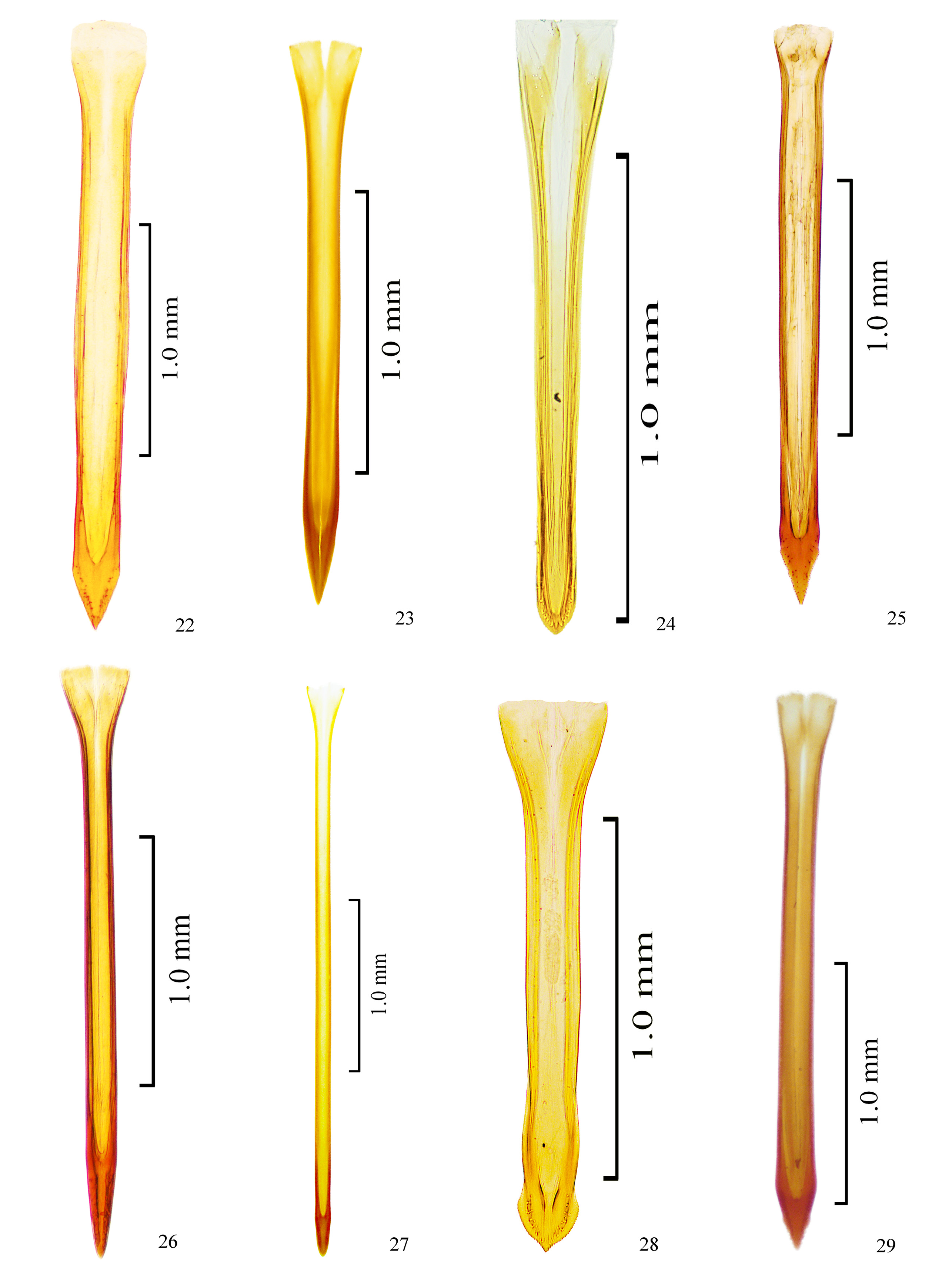