Diagnosis. This species, B. sinepuncta   , punctistigma   , and aspiculosa   differ from other Blepharoneura species   in having the thoracic pleuron largely brown, the apical fourth or more of the hind femur dark brown, and the distal part of the wing with oblique bands. Blepharoneura splendida   differs from B. sinepuncta   in having the submedial scutal vittae separate from or at most narrowly connected to the marks on the posterior margin, and from B. punctistigma   and aspiculosa   by its markings in cell dm (subapical spot [#25] absent or aligned with or fused to posteromedial spot [#24]), its frequent lack of a subapical hyaline spot in the pterostigma, and its mostly nonmicrotrichose scutum. The aculeus tip is stouter than in B. sinepuncta   and aspiculosa   , with the sublateral lobe more pronounced, and the gap between the lateral and sublateral lobes is deeper than in B. punctistigma   .

Distribution. Mexico (Nayarit, San Luis Potosí, Tamaulipas, Veracruz), Guatemala, Costa Rica, Venezuela, and Ecuador. Although B. splendida   occurs in Costa Rica (and presumably also in the other Central American countries besides Guatemala), the male from Río Sucio, Costa Rica reported as this species by Wulp (1899) is B. sinepuncta   . Specimens for which elevation data were provided by the collectors were taken at 480 to 1600 m.

Type data. Holotype ♀ ( IMZ), MEXICO, "senza indicazione di località" [unspecified locality], [no date], A. Boucard [examined]. The holotype is a female, not a male as stated in the original description. Given the difficulty of distinguishing the sexes in the femoralis   group because of the small size of the oviscape, there is no reason to doubt that this specimen is the holotype. It has labels with "1215" and, in Giglio-Tos' writing, " Blepharoneura splendida Giglio-Tos   ♀ ". 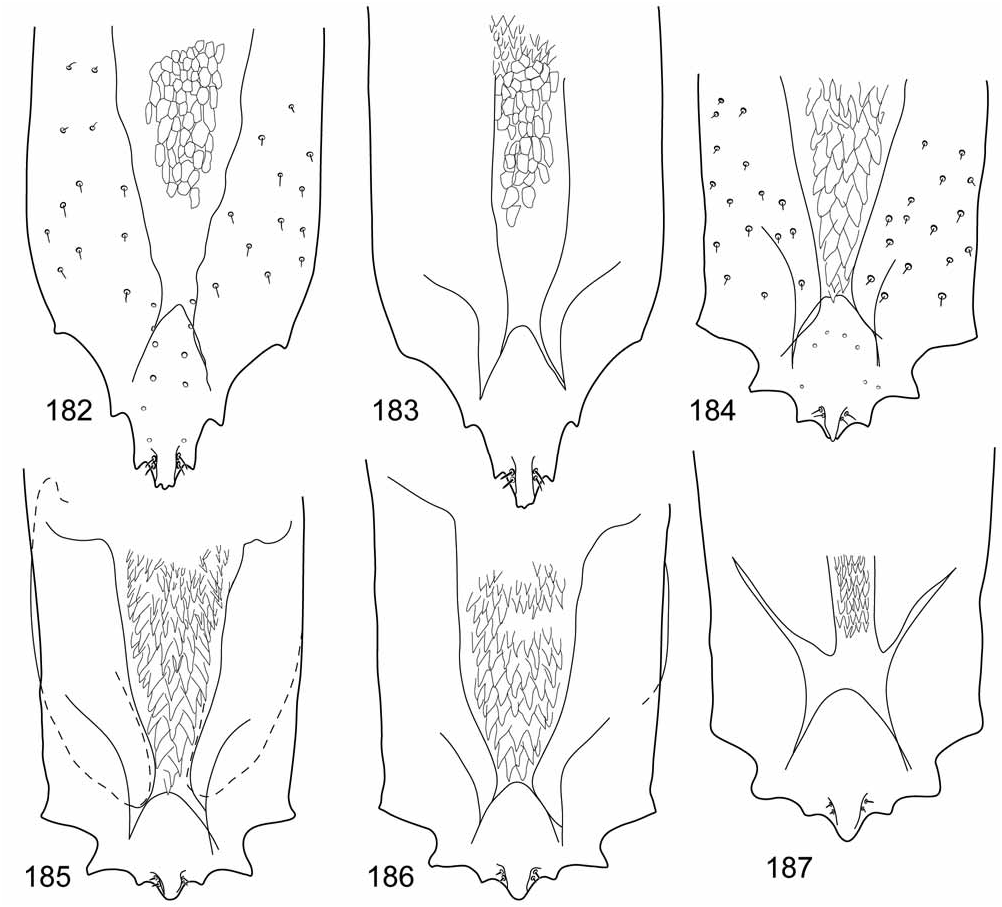