Recognition. This species is extremely similar to lowland species M. laselvae   , from which it can be distinguished by characters in the key. The situation between these two species is similar to that between M. digitalis   and the similar species M. immaculata   , described above. In both instances there are species pairs that are structurally similar, but one of which is found at middle elevations attacking a different host than the other in the lowlands.

The male does not key easily in Borgmeier’s (1971b) key. Couplet 9 differentiates medium­sized (2.5 mm) from smaller (1.8–2.0 mm) species, but the single male specimen of M. zurquiensis   is 2.1 mm. If we consider this as smaller, the specimen keys to M. costaricana   (see Remarks for M. sinistra   group, above) from which it differs by the longer setae on the surstylus.

Host. One male and one female were taken at the nest entrance of a Meliwillea bivea Roubik et al.   colony in a tree trunk.

Derivation of specific epithet. Named for the type locality, the only site where it has so far been collected. 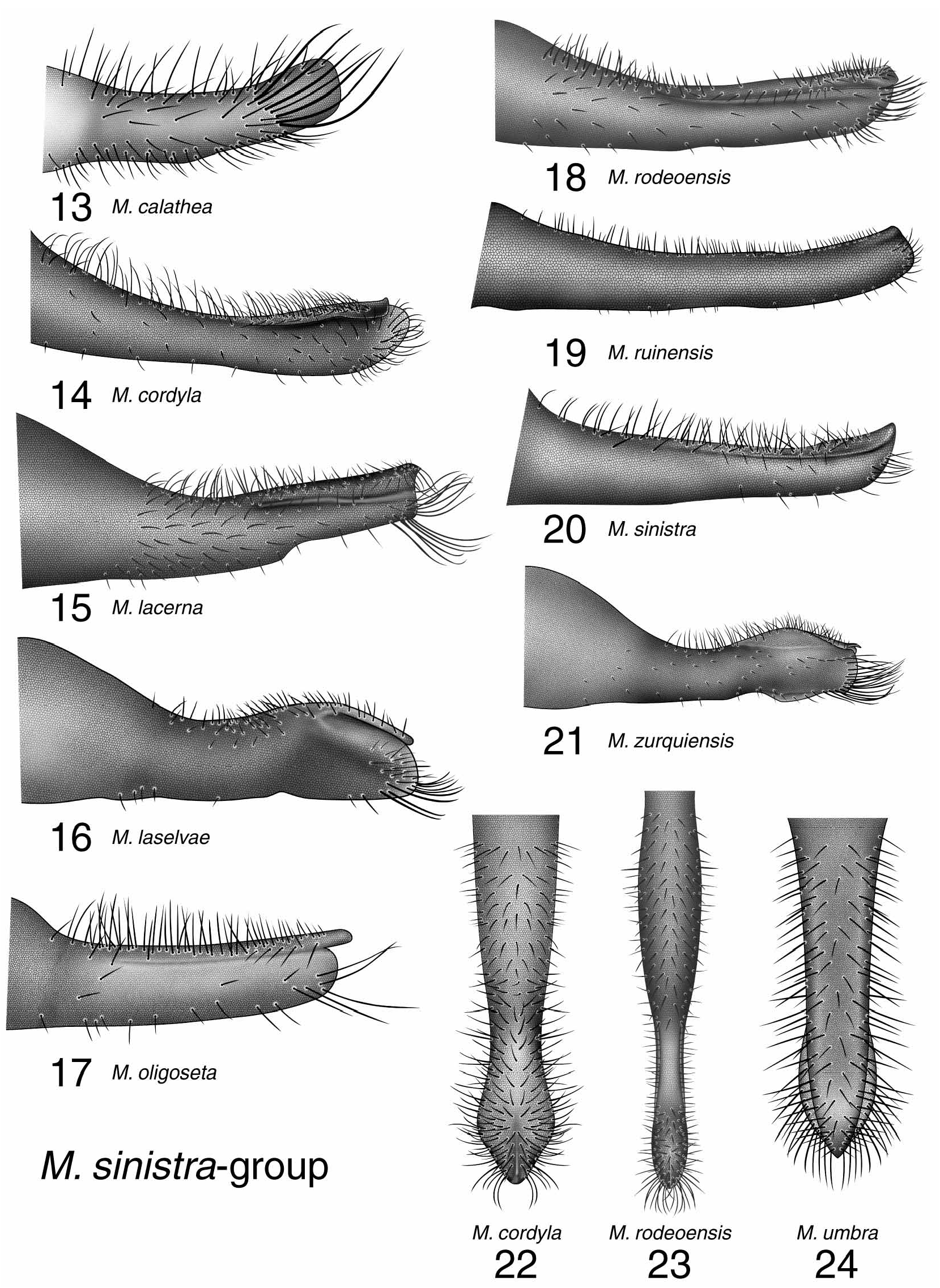