ETYMOLOGY. — This species is named in honour of Mihail Andrei Ionescu (1900-1988), a Romanian cynipidologist.

BIOLOGY. — Monovoltine species. Adults emerge in March-May when the host plant Papaver spp. is developing. Females lay eggs on poppy stems in April-May. Galls grow rapidly, so can be identified in the first half of May. Full development of galls ends in June-July. Larval stage last about 3-4 months and pupation occurs in October- November. Pupa development takes place in the larval chamber enclosed in a cocoon parchment. Overwintering takes place in gall as adult, whose development is completed sometimes in early December. The galls are synchronous with the other wasp galls from poppy capsules. Optimum time of collection: late June early July of development year. Most prospective parasitoids emerge from galls in June-July the first year and the rest next spring.

Tarsal claws simple ( Fig. 1I View FIG ), without a basal lobe but broad basally, with a few long setae.

Unilocular galls are formed in the host plant stem at the base next to the roots ( Fig. 4D View FIG ) difficult to be seen and causing lateral or central deformation of the stem of puppies. The light green colored galls at early development will become yellow-brown as they mature. Most of the time galls are simple (monolocular), but bi- or trilocular galls may be formed by conglomeration of simple galls. Simple galls have an average diameter of approx. 4-5 mm and the multilocular galls about 10 mm. Host plant tissue with hypertrophy, galls are spherical or ovoid, covered with abundant silvery-white hair pilosity. Inside a gall was a simple larval chamber with no inside gall. In each larval chamber develops a single larva. Gall presence often inhibits the development of the host plant, giving it a stunt appearance. Sometimes plants with galls only reach a height of 4-5 cm. The galls are integral and they remain on the host plant until next spring when adults emerge.

Some Aulacidea species as A. pilosellae (Kieffer, 1901) , A. scorzonerae (Giraud, 1859) and A. subterminalis (Niblett, 1946) , and Isocolus ponticus Dyakonchuk, 1982 , can produce galls in two different organs of host plant (leaves and midrib or flower head and stem). In all these cases the galls are similar and the adults identical. The species morphologically similar to I. ionescui n. sp. is I. hispanica , nevertheless, the galls of this new species are invariably unilocular and always found at the stem base whereas galls made by I. hispanica are plurilocular in terminal flowers buds. So far, no galls made by Iraela species, nor galls collected in puppies, have different morphology although these species have been abundantly collected in all European and circum-Mediterranean regions. This further support I. ionescui n. sp. as a new species, rather than being conspecific with I. hispanica support.

According to Askew et al. (2006) a total of 20 species of parasitoids are associated with the cynipid galls on Papaver ( Table 1), one species belongs to Figitidae ( Parnips nigripes ) while the rest are Chalcidoidea. 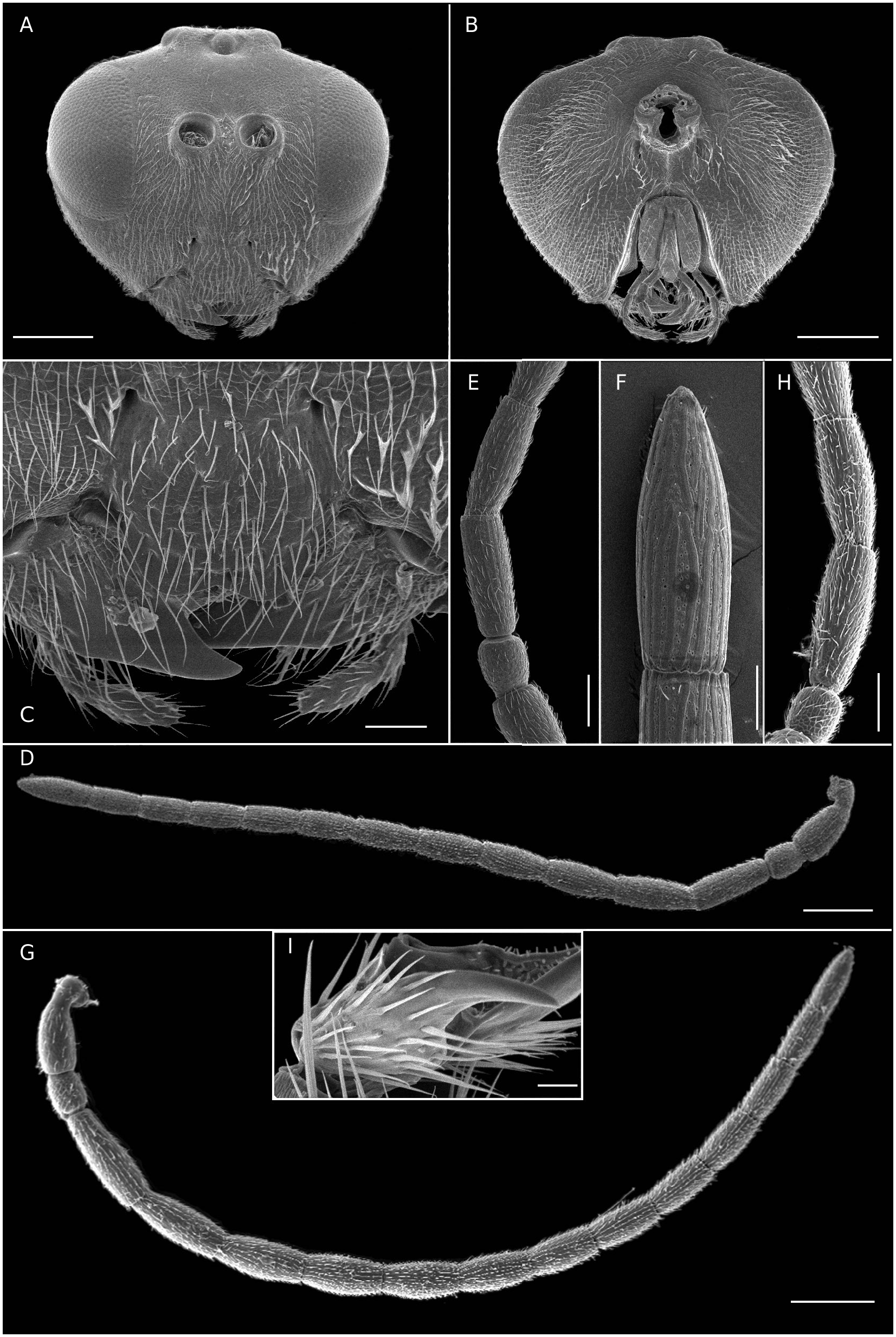