Differential diagnosis. This new species is similar to O. praelonga   by the presence of a mucron in females and to O. moabitica   by the presence of a tooth and granules on the inner side of metatibiae (at least in large specimens). Odocnemis evae   sp. nov. differs from these both species by the shiny body, the presence of tooth on outer margin of male pro- and mesotrochantes and the structure of aedeagus (see differences from other species in the key). 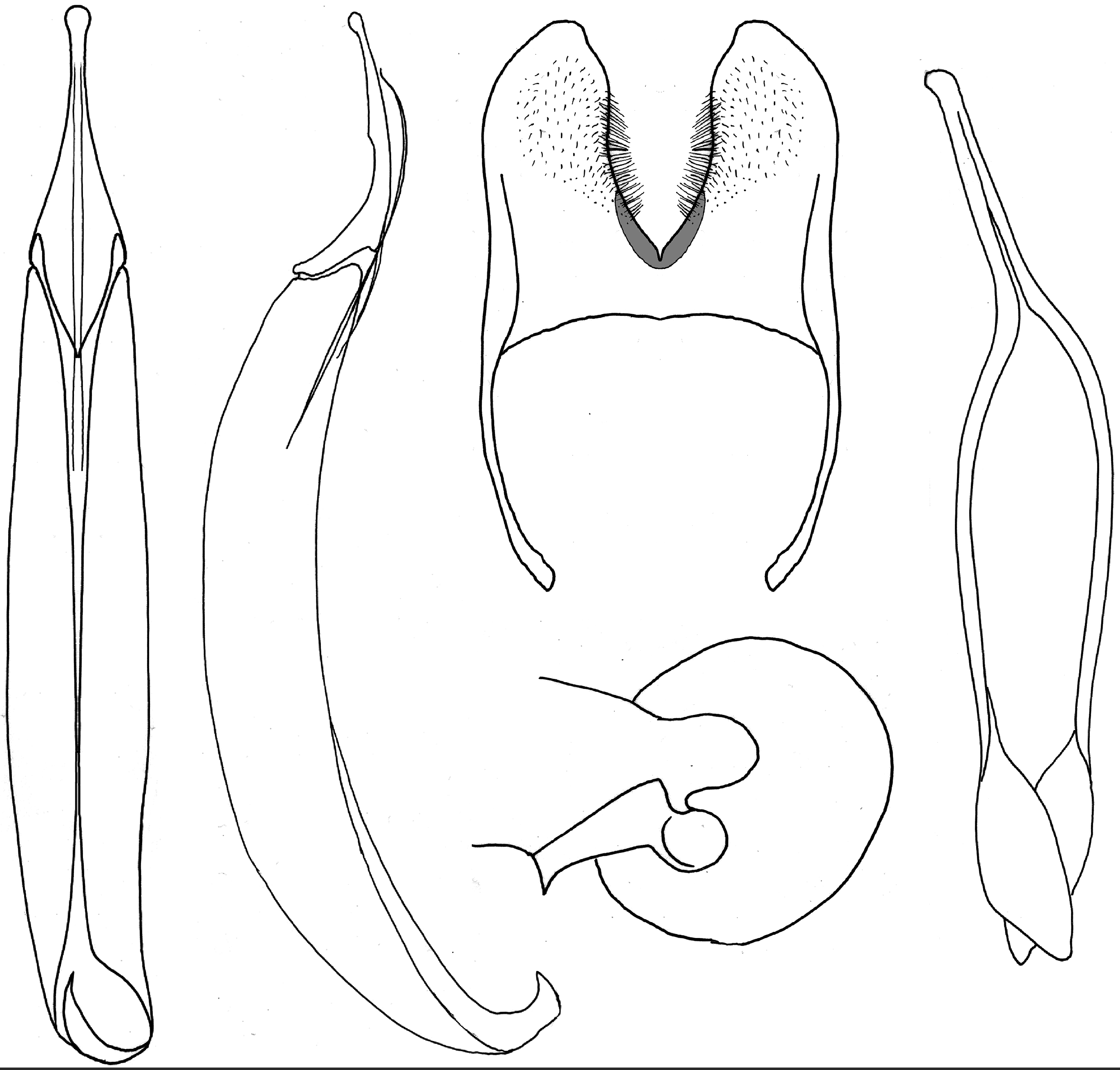