Guil, Noemí, 2008, New records and within-species variability of Iberian tardigrades (Tardigrada), with comments on the species from the Echiniscus blumi-canadensis series, Zootaxa 1757, pp. 1-30: 13

I isolated 3,409 specimens from all habitats studied. They showed typical morphology in 83 % of specimens. However, this species showed an additional 21 morphotypes, illustrated in Fig. 6View FIGURE 6. The next most represented morphotype (5.5%) was the one without one lateral filament at position D; the remaining morphotypes were less represented ( Fig. 6View FIGURE 6). Some morphotypes could be easily mistaken for morphologies corresponding to Echiniscus osellai Maucci 1975  or Echiniscus granulatus (Doyère 1840)  , but these species can be distinguished from E. trisetosus  because they present spines in some lateral positions. I observed more than one of these 21 morphotypes coexisting within the same sample. Once again, I distinguished specimens with spurs (one, two, or even three) or no spur at the base of the external claws in the fourth pair of legs. Mean body size was 477 μm (SD 198), range 176 to 889 μm. The species has been cited for Europe, Asia, America and Africa. In the Iberian Peninsula, it has been recorded for Portugal ( Da Cunha 1947 a; Maucci & Durante Pasa 1984, 1985) and Spain ( Rodríguez Roda 1946, 1949; Mihelčič 1954; Maucci & Durante Pasa 1984). Echiniscus trisetosus  appeared at 46 sampling points (Table 3). 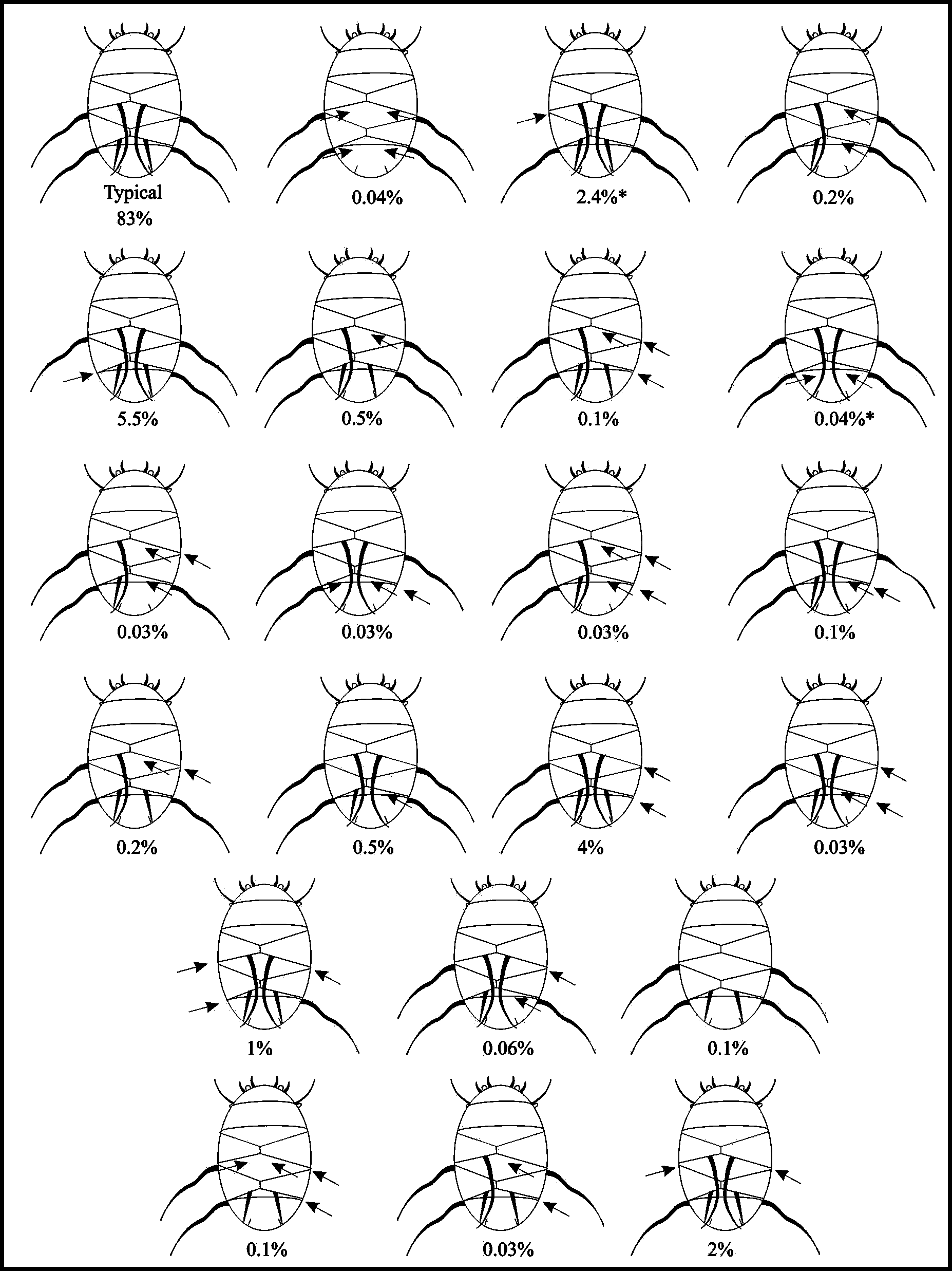