Etymology. The name Austrocnephia   preserves the original assignment of these species to Cnephia   (an otherwise exclusively northern hemisphere taxon), while reflecting the geographical endemicity of the segregate. The gender is feminine.

Distribution. The genus is widely distributed in mesic subtropical and temperate areas along the eastern and southern seaboards of Australia. Most species range from the Atherton Tablelands near Cairns, Queensland, south along the Great Divide Mountains to Victoria and Tasmania, then westward to southeastern-most South Australia. One species, Austrocnephia tonnoiri   , however, is disjunct from the others in the southwestern-most corner of Western Australia and there occurs sporadically in fast flowing portions of more productive, often lower gradient streams. Austrocnephia fuscoflava   of the tonnoiri   species-group appears to be restricted to lowland coastal streams of southeastern Queensland. Austrocnephia orientalis   is also sporadic in distribution. Detailed locality data is given for each species, as is a distribution map for each species-group ( Figs. 196 View FIGURE 196 , 197 View FIGURE 197 ).

Remarks. Monophyly of the five species considered herein is supported by a suite of diagnostic character states, inter alia: adult thorax yellow/orange and markedly domed; wing vein CuA only slightly curved; maxillary palp of female with sensory vesicle ca. two-thirds length of palpomere III; cercus of female distinctly longer than length of anal lobe; larva with abdomen elongate, expanded at segments VII and VIII, tapered markedly to posterior proleg on segment IX. While none of these character-states by themselves is unique within the Simuliidae   , taken collectively, they are constitutive for the five species at this phylogenetic level. Austrocnephia aurantiaca   and A. tonnoiri   are morphologically variable, probably representing complexes. Cytological and/or molecular analyses are needed to clarify the specific boundaries of nominal species recognized in this study. Two species groups are recognized to reflect the overall similarity of included species. 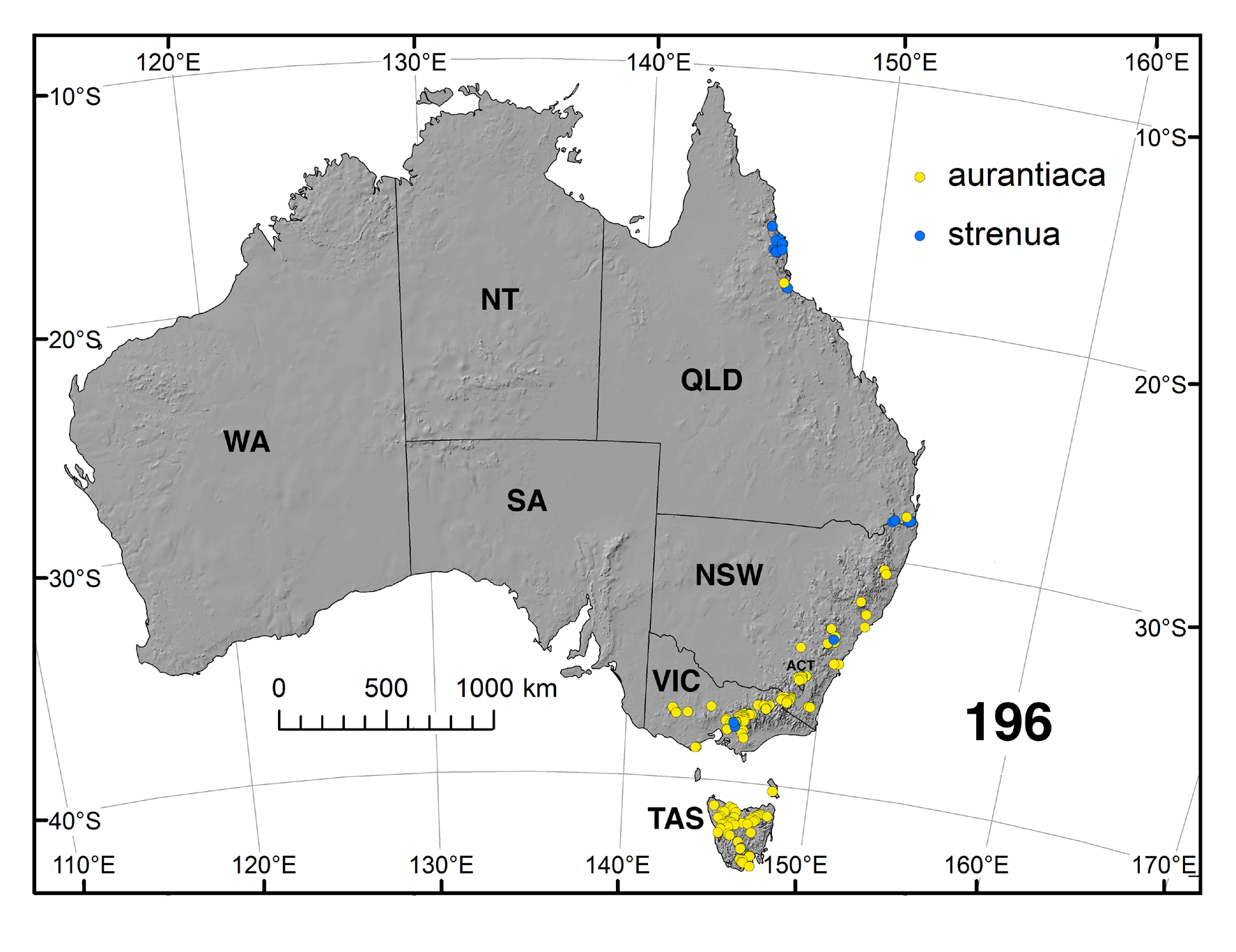 FIGURE 196. Distribution of Austrocnephia aurantiaca species-group (A. aurantiaca, A. strenua). 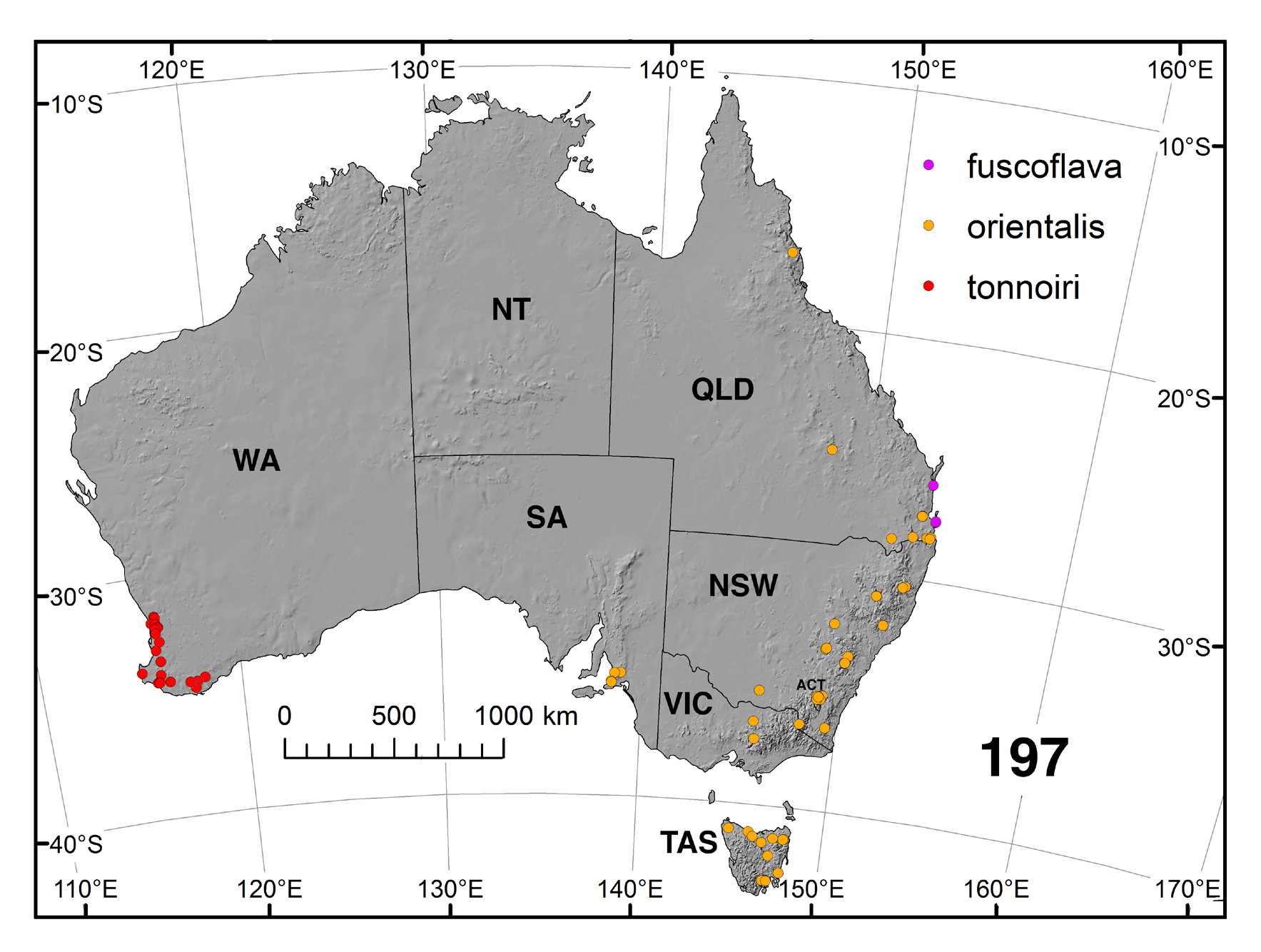