Thorax: left dorsal row of pronotum with five punctures and right dorsal row with six punctures; slightly longer than wide (ratio 1.13) and almost as wide at anterior corners as at posterior corners (ratio 1.03). Scutellum with similar punctures as on elytra, slightly denser. Elytra with fine, moderately dense punctures. Prosternum slightly elevated close to anterior margin. Intercoxal process of mesoventrite acute and V-shaped; transverse discal ridge very fine, slightly acute, interrupted at middle part. Profemur with external row of spines initiating distant from base and ending distant from apex, spines moderately dense, longer spines placed at anterior part, as long as apical spines of internal margin. Metatrochanter modified like a hook, as long as 0.4 times the length of metafemur; metafemur slightly flattened and curved at level of overlap with hook, reaching up to half its length; metatibia weakly curved a little in front of its apical half.

Etymology. The name of this species refers to the fact that it can be confused with B. alternans and with B. trochanterinus . 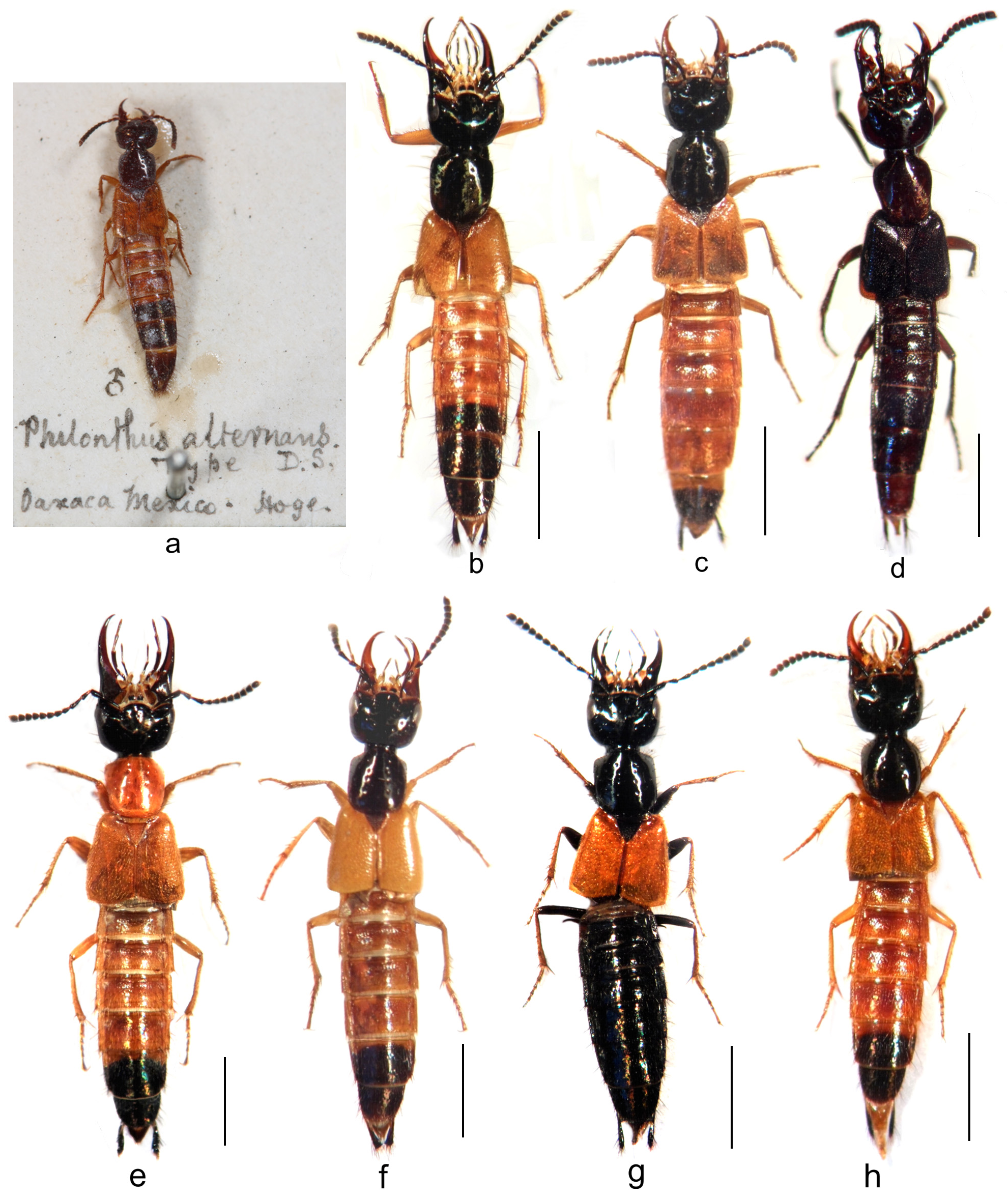 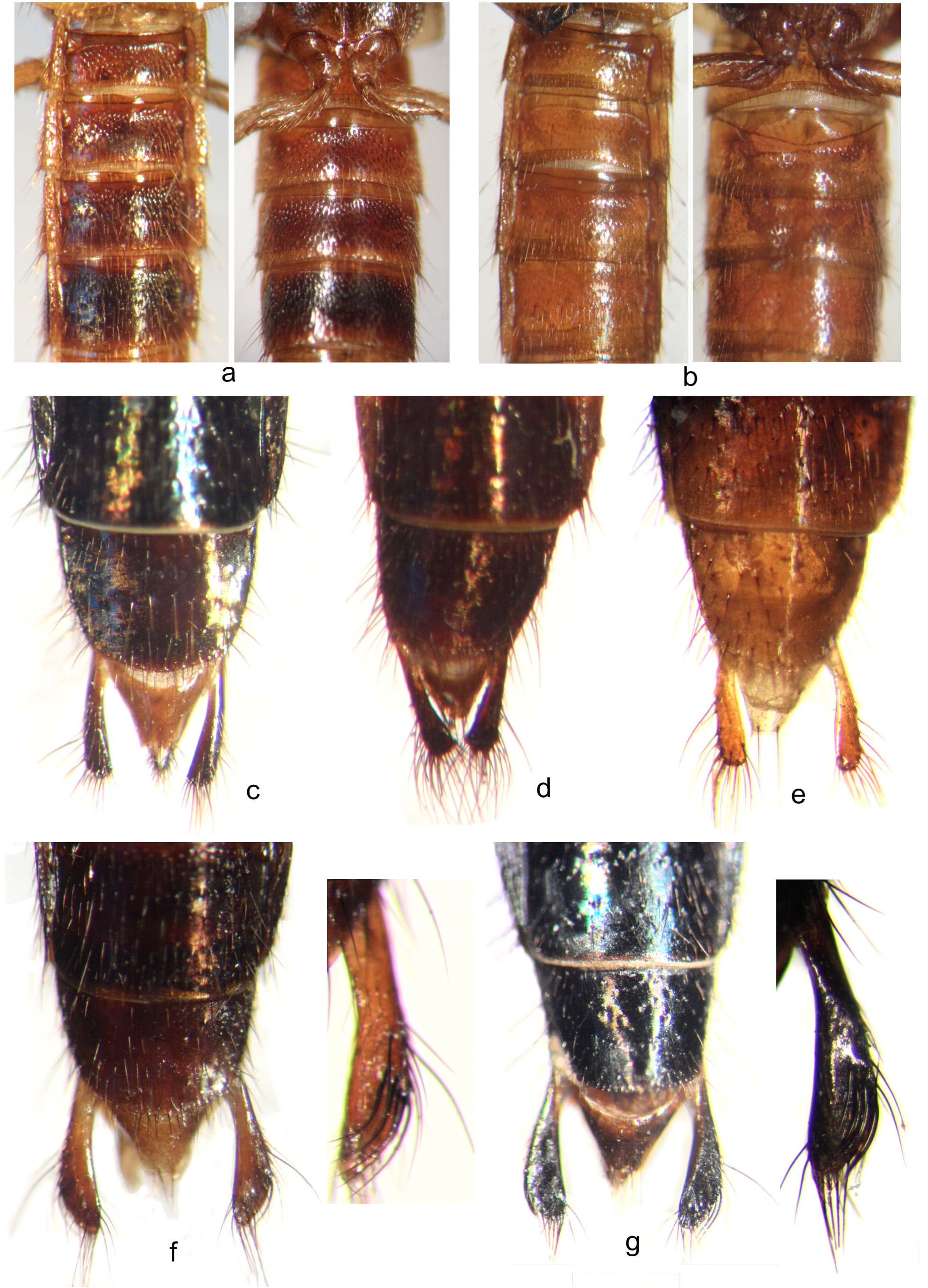 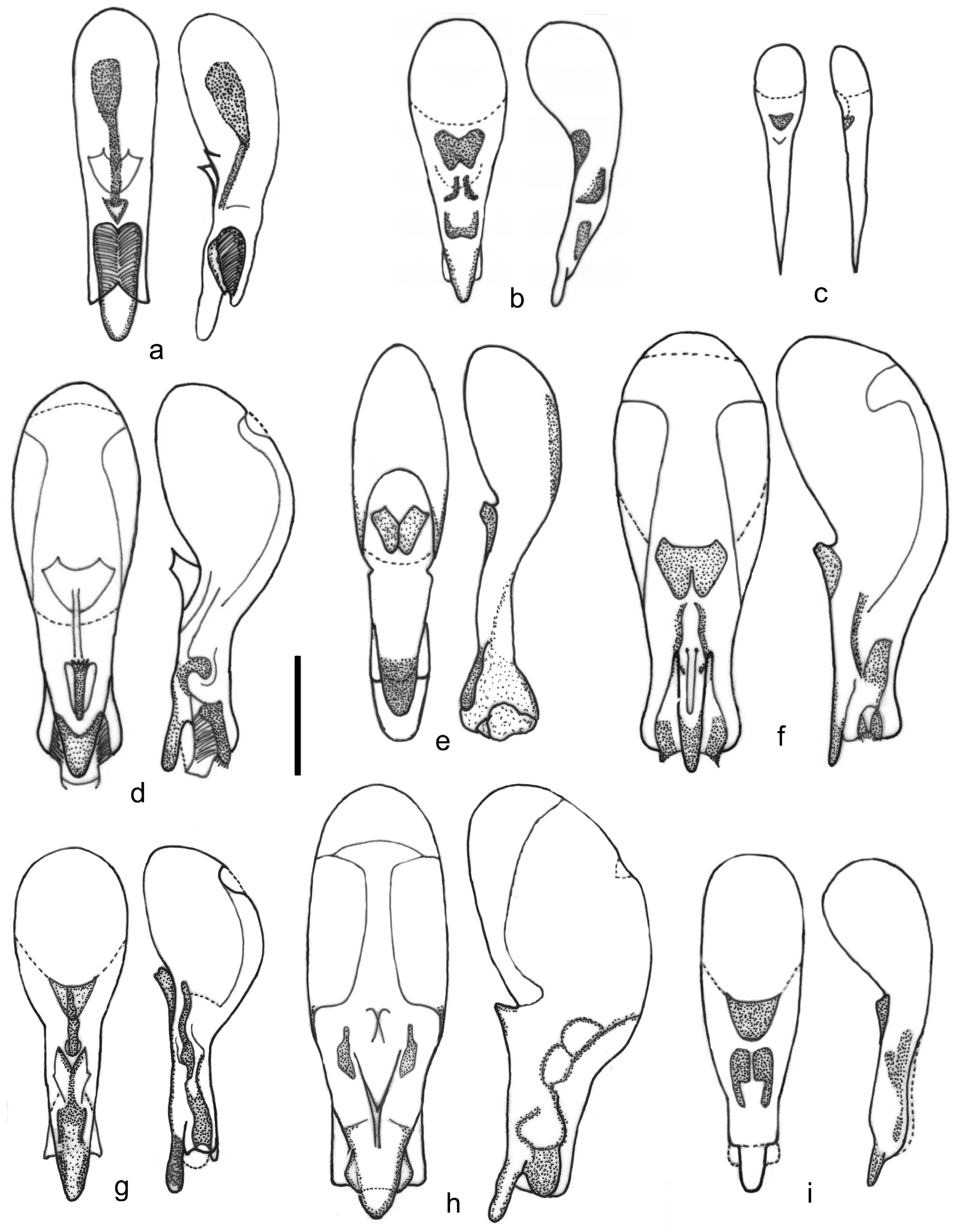