Thorax: pronotum with five punctures in each dorsal row; slightly longer than wide (ratio 1.14) and wider at anterior corner than at posterior corner (ratio 1.21). Elytra and scutellum with fine setae moderately dense. Prosternum with a tranverse elevated zone behind anterior margin. Intercoxal process of mesoventrite shield-shaped, with a fine mid longitudinal carina initiating at anterior margin and extending until middle part of area between intercoxal process and transverse discal ridge latter V-shaped, not meeting margin of intercoxal process laterally ( Fig. 11a View FIGURE 11 ). External row of profemur with few and small spines (seven to eight), which are separated from apex; internal margin with three to four apical spines. Posterior legs with trochanter modified like hook, as long as, or slightly longer than 1/3 of the length of posterior femur, hook elongate and curved only at apex; posterior femur curved at level of overlap with hook, right femur with three spines and left femur with four spines of moderate size, placed at ventral internal margin, at hook level, forward of basal half; posterior tibia curved in apical third. Tarsomeres slender, slightly flattened dorsally.

Variability. In the two male paralectotypes, the measurements and ratios are: total length 9.0 and 10.1 mm, ratio length/width of head 0.86 and 0.91, ratio mandibular length/cephalic length 1.03 (in some specimens the mandibles could not be opened); ratio cephalic width/pronotal width 1.27 and 1.29; ratio length/width of pronotum 1.18 and 1.19; ratio anterior width/posterior width of pronotum 1.12 and 1.18. Each half of cephalic ventral surface with 6–7 setiferous punctures. Elytra and scutellum paler than in lectotype, almost the same tone than in the remaining body. Profemora with external row of spines more developed, row continuous almost from the base until 3/4 of their length. Femora of posterior legs with 1–5 spines at their internal margin. Ridge of tergites 2–3 from slightly developed to unconspicuous, but clearly visible in the first tergite.

Taxonomic comments. No species in the trochanterinus group has a color similar to that of B. cariniventris , nor do they have several punctures on the ventral surface of the head, nor the carina in the middle apical part of the mesoventrite, nor the small median ridges of the first three visible abdominal tergites. From the rest of the species groups, it is easily distinguished by having the posterior trochanter of the males modified like a hook. The presence of this last character is what supports its placement in this group of species, but its almost all black or reddish-brown body color, the teeth of the right mandible (one half-ventral and the other half-dorsal) and its relatively small size, are characteristics that make it similar to some species of the viridipennis group and cast doubt on its correct assignment to this group of species. It should be tested in the future with a more comprehensive analysis. Another aspect to attract attention to is related to the absence of specimens other than the type series in the different collections studied despite the fact collecting has been carried out in Xalapa and its surroundings. It was decided to designate a lectotype of this species taking into account Article 74.7 of the International Code of Zoological Nomenclature (ICZN 1999) and its recommendations, in order to establish, in the best possible way, the identity of this species. 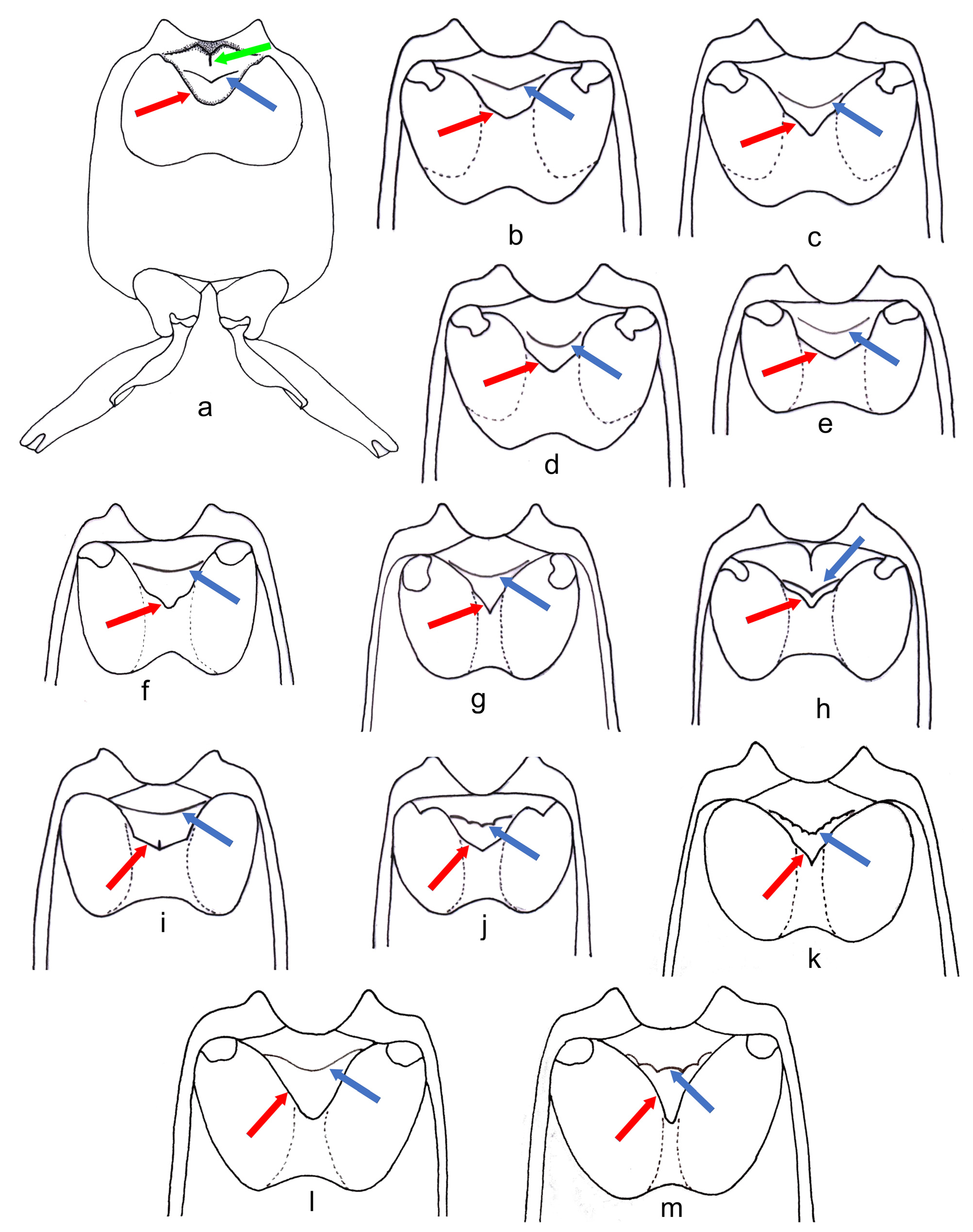