Head: dorsally slightly convex, with rounded posterior corners and quadrate shape toward front; ratio length/ width in males 0.84 and 0.85, in females 0.92 and 0.96. Dorsal surface with sulcate longitudinal midline slightly visible only at front; front weakly foveate. Eyes slightly longer than 0.5 times the cephalic lateral length, weakly protruding at sides. First antenommere as long as antennomeres 2–3 combined, antennomeres 2–3 of almost same length, 4–5 slightly longer than wide, 6 as long as wide, 7–10 transverse. Mandibles as long as head (ratio in males 1.00 and 1.03, in females 0.69, in the second female the mandibles are closed); mandibles in males moderately expanded at base, with a basal tooth and smaller middle tooth that are well separated; mandibular channel with external margin carinate and internal margin like carinate line strongly developed until level of middle tooth, then it fades toward apex. Apical palpomere of maxillary and labial palpi near 1.25 times longer than preapical palpomere. Ratio cephalic width/pronotal width in males 1.18 and 1.22, in females 1.04 and 1.25. Neck with wrinkled microsculpture ventrally.

Thorax: pronotum with microsculpture like wavy lines moderately visible; ratio length/width of pronotum in males 1.11 and 1.15, in females 1.10 and 1.23; ratio anterior width/posterior width of pronotum in males 1.08 (both specimens), in females 1.04 and 1.11; dorsal rows each with only two punctures, with anterior punctures placed at anterior margin and posterior puncture placed at level of lateral macroseta. Elytra and scutellum with fine, moderately dense punctation, covered with pale setae. Prosternum with area near to anterior margin slightly elevated. Intercoxal process of mesoventrite V-shaped; transverse discal ridge well defined, broadly U-shaped or V-shaped, not meeting margin of intercoxal process laterally. Profemur somewhat flattened, in basal 3/4 of its length with only external margin with row of spines, in apical quarter is separated in external and internal margins; spines on external margin numerous and reddish and only some apical spines at internal margin. Posterior legs without modifications in both sexes. Legs generally very long in respect to body and with few spines on tibiae. Femora of all legs more flattened than in majority of species. Tarsomeres weakly flattened dorsally, very long, tarsomeres of posterior legs longer than posterior tibiae.

Variability. In addition to the variation in the measurements and ratios indicated in the description, one female has slightly darker coxae, its mandibles are shorter than the head, and the shape of head is more oval. Part of the sulcate longitudinal midline of head is faintly seen on the front of the second female.

Taxonomic comments. Its greatest similarity is with B. longitarsus (see taxonomic comments of that species). The female holotype of this species was not studied, but we analyzed some photos of this specimen (NHM, shared by M. Chani Posse, also a photo included in the work of Chani-Posse et al. 2018b), which together with the information of the original description ( Sharp 1887) allowed us to identify this species. It is possible that the type locality of this species, “Amecameca in Morelos ” ( Sharp 1887: 787) could be placed in the Estado de México, like in one of the studied specimens. 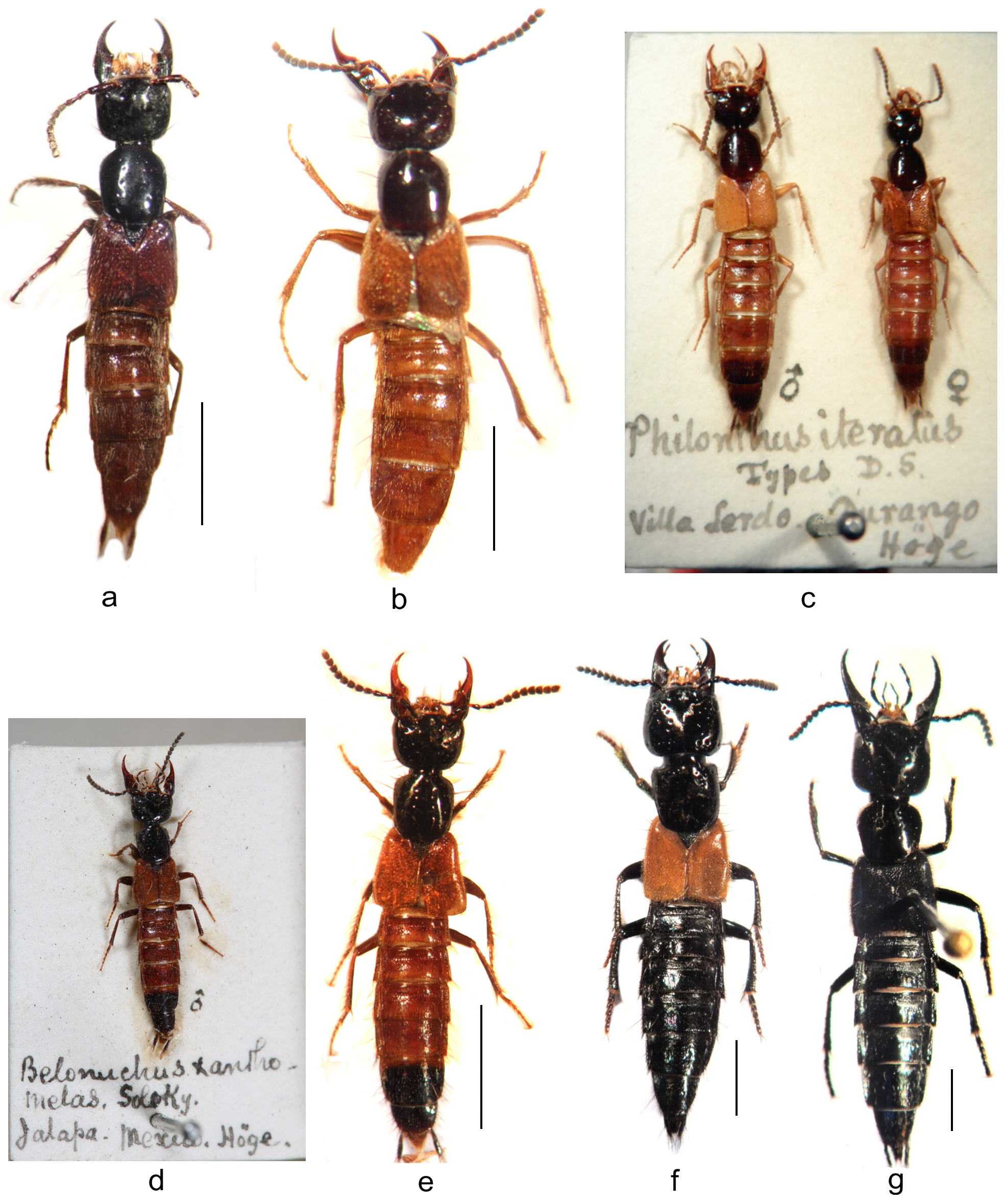 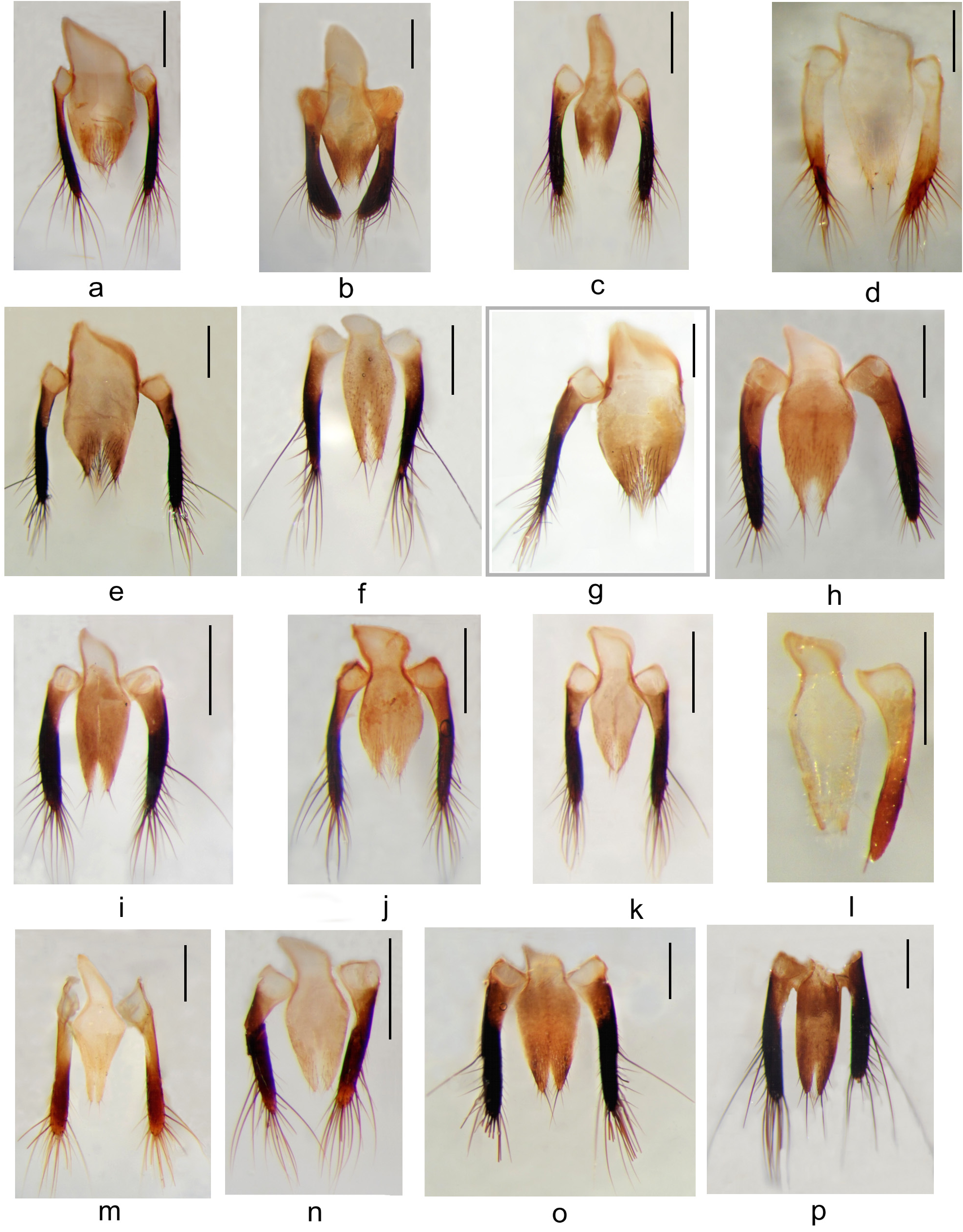 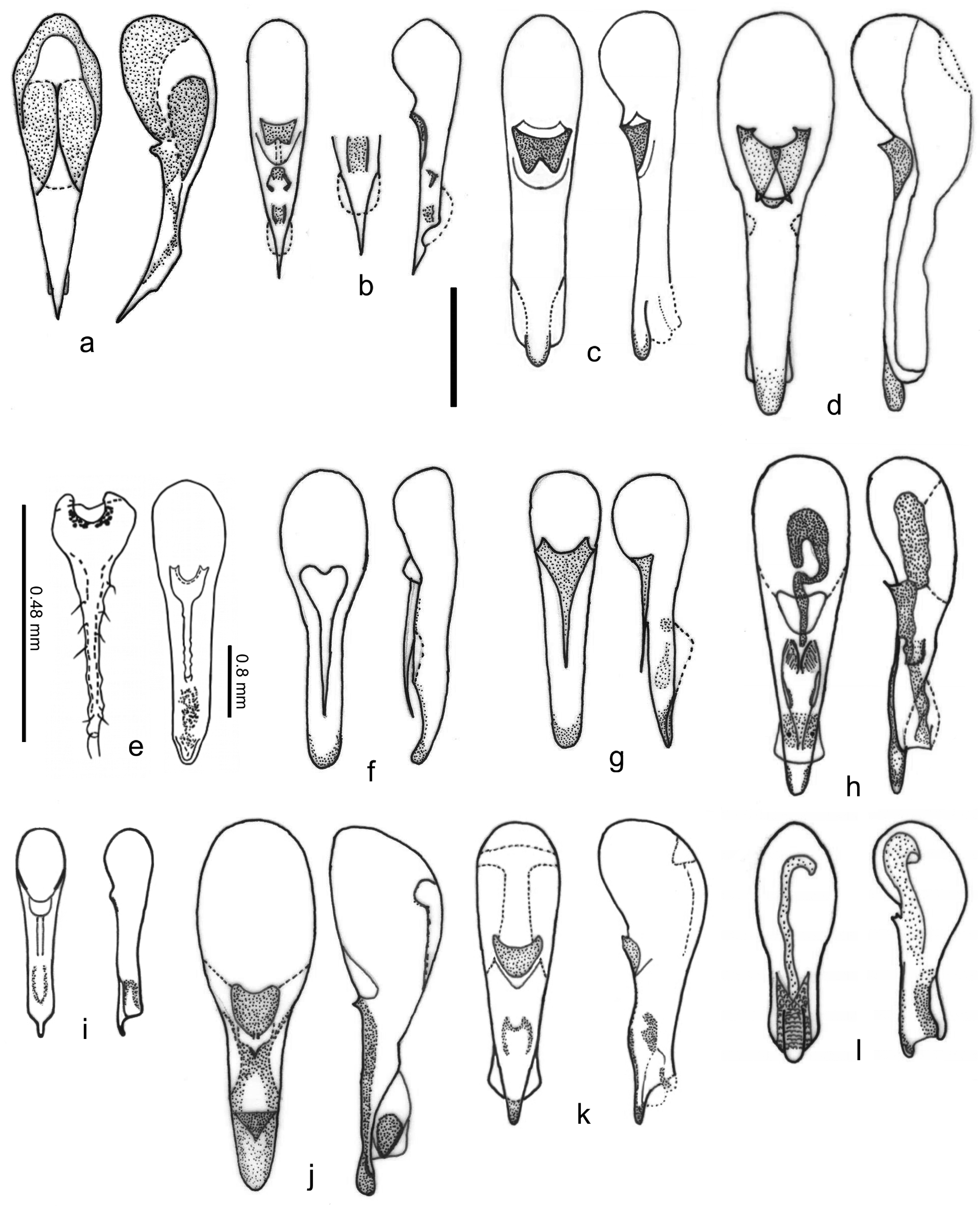