MATERIAL EXAMINED. — Some 30 isolated valves, all variably mineralized and distorted, but strongly weathered, have been collected from the Ba Nuong locality.

Due to the poor preservation of the available specimens, none of the internal features could be studied and described. The shell is transverse in outline, with its maximum width (about 15 mm) at mid-length. The longitudinal profile is weakly to moderately arched. Spines are not observed. Only the external ornament could be observed on some incomplete external moulds. It is composed of low, rounded, sinuous costellae, increasing mainly by bifurcation on the ventral valve; the costellae are crossed by very thin, undulating concentric fila. Such a kind of ornament strongly recalls that of the genus Dagnachonetes   which is mainly known from Poland, Russia, France, Spain, and South China in Eifelian to lower Frasnian beds. 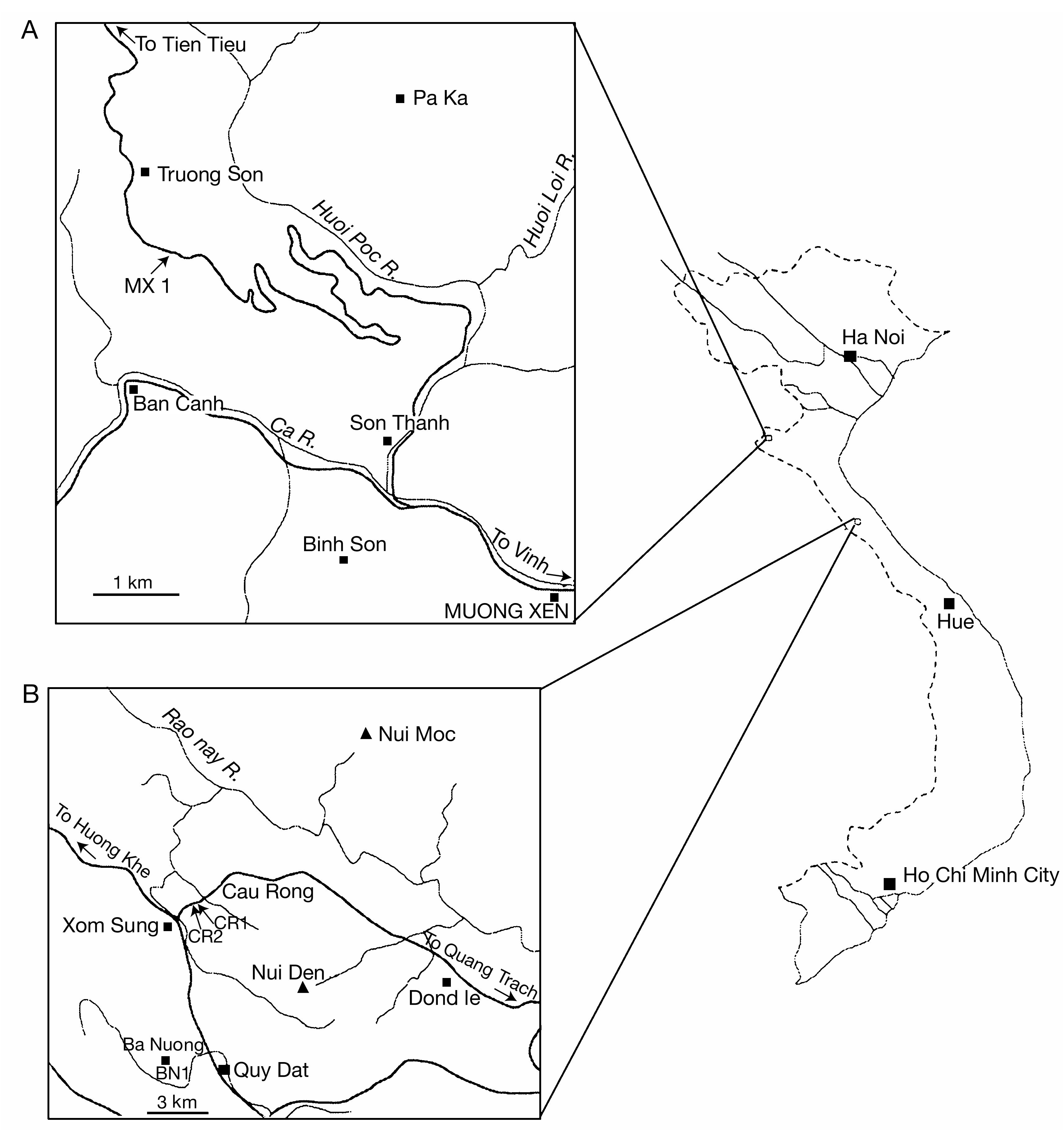