Apart from its type locality this species has been reported from Japan by at least three other workers ( Britten 1907; Ohshima 1913, 1914 & Heding 1928). The only record outside Japan is that of Cherbonnier (1968), based on several fragments from the Red Sea. There are slight differences between the southern African material and that coming from Japan and the Red Sea. Japanese material is described as reddish while that of the Red Sea as pinkish. In both the teeth of the anchor arms are absent or poorly developed and the knobs on the baskets faint or absent. These differences may be just geographic variations in distantly separated populations and thus of little significance in trying to separate the southern form.

I am in agreement with Heding (1928) that this species is easily distinguished from its congenors. However, Marenzeller (1882) is of the opinion that it bears a strong resemblance to P.molesta Semper, 1868 from the Philippines, a species thought by H.L. Clark (1907), to be a synonymous with P. bidentata Woodward & Barrett, 1858 and by Heding (1928) with P. pseudodigitata Semper, 1868 . The distinguishing features of this species are its robust anchors, irregular anchor plates and smooth to finely knobbed basket-like buttons. It is remarkable that this Japanese species has such a wide distribution but more and complete material is necessary to draw any distinction between the Japanese population and that coming from the West Indian Ocean, including the Red Sea. 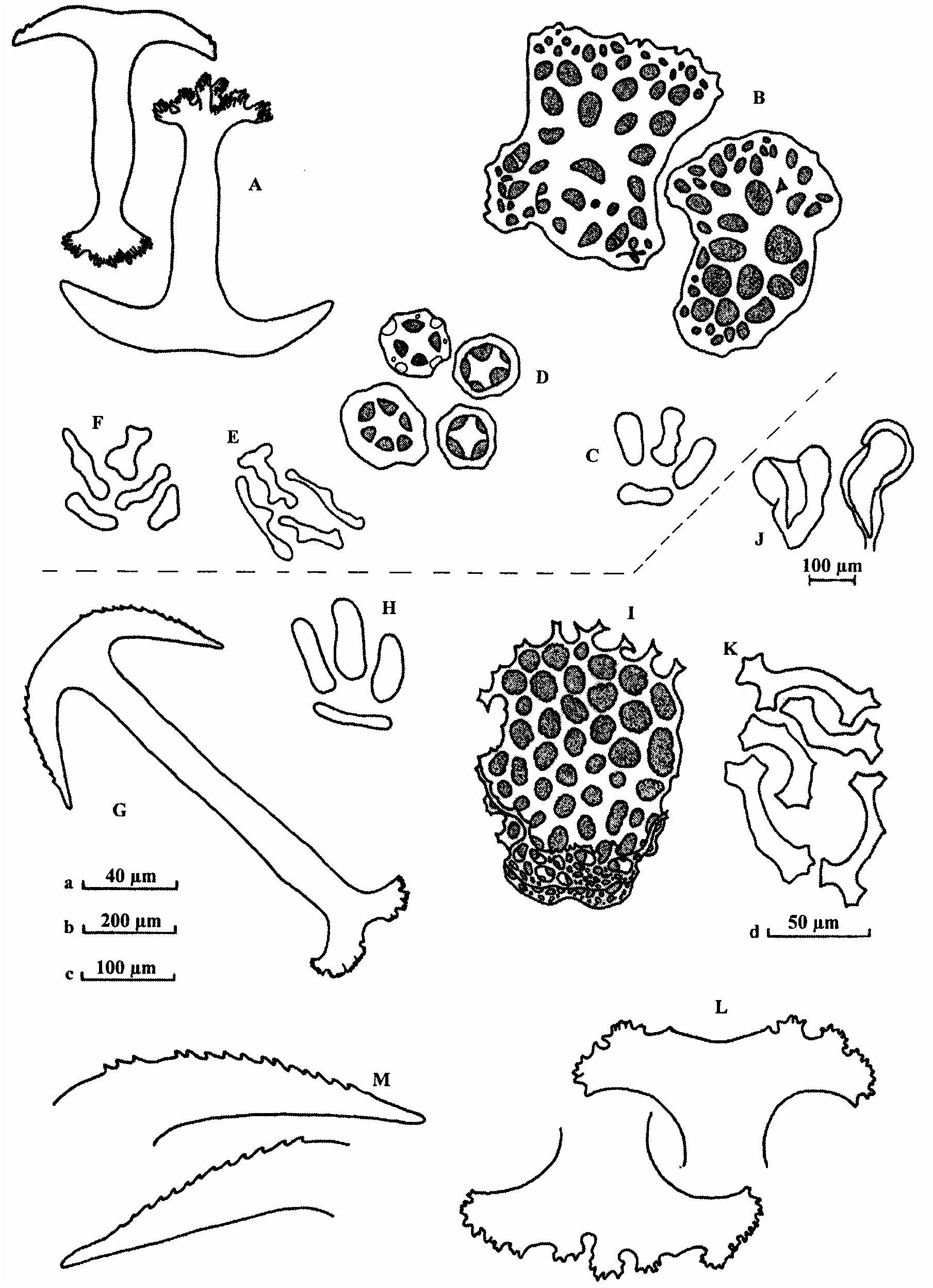