Remarks. Judging from the morphological details given by Massin (2010), for instance position and arrangement of tube feet and morphology and arrangement of calcareous plates, a placement of this species within Echinopsolus   in the current sense seems probable. But there are also some differences: E. excretiospinosus   has 10 tentacles, all of about the same size ( Massin 2010), while in all other species of the genus, the two ventral tentacles are considerably smaller than the remaining. Furthermore, there are no hints for the presence of brood pouches, a genital papilla or any kind of modified spermatozoa in this species (see Massin 2010).

Albeit the striking similarities shared by these species, there are also considerable differences separating them. This applies first of all to the arrangement and shape of the tube feet (for details see Figs 6a–g View FIGURE 6 and Tab. 4 View TABLE 4 ). Dorsal tube feet are either restricted to radial rows, or are irregularly scattered or are lacking almost entirely. Also the shape of the dorsal tube feet is variable, in some species they are cylindrical and have a well developed terminal sucking disc, while in others they are conical and lack a terminal disc. The ventral tube feet usually are restricted to distinct radial rows. A distinct tendency to form a ventral sole is noticeable, which may be delimited from the remaining body either by the arrangement of the tube feet or by a distinct bulge. A concomitant phenomenon is the reduction of the number of the mid-ventral tube feet to only a few at the anterior and posterior end of the ventral sole.

A great diversity exists also in the shape, size and arrangement of the calcareous deposits of the body wall of the species involved (see Tab. 5), although all of these deposits can be derived from simple multi-perforate plates. These perforated plates are very variable in size, are of an irregular, elongated or rounded outline and have a smooth, spiny or knobbed surface. In some species, these plates are strengthened, either by secondary thickening of the plate ( E. splendidus   ), or by adding a three-dimensional calcareous network resulting in multi-layered plates ( E. acanthocola   , E. charcoti   , E. koehleri   , E. parvipes   ). Two types of plates in two layers, an outer layer of small flat to deep basket-like plates and a deeper layer of very large plates, is found in two species only ( E. charcoti   , E. koehleri   ), all others have plates of one type present in the body wall, although there may be considerable differences between plates from different parts of the body. Also the arrangement of the calcareous deposits in the body wall is variable and ranges from very scattered to a test composed of multiple layers of plates. In four species, the arrangement of the plates is size-dependent, an increasing body size is accompanied by a decrease in number or size of plates, or both. 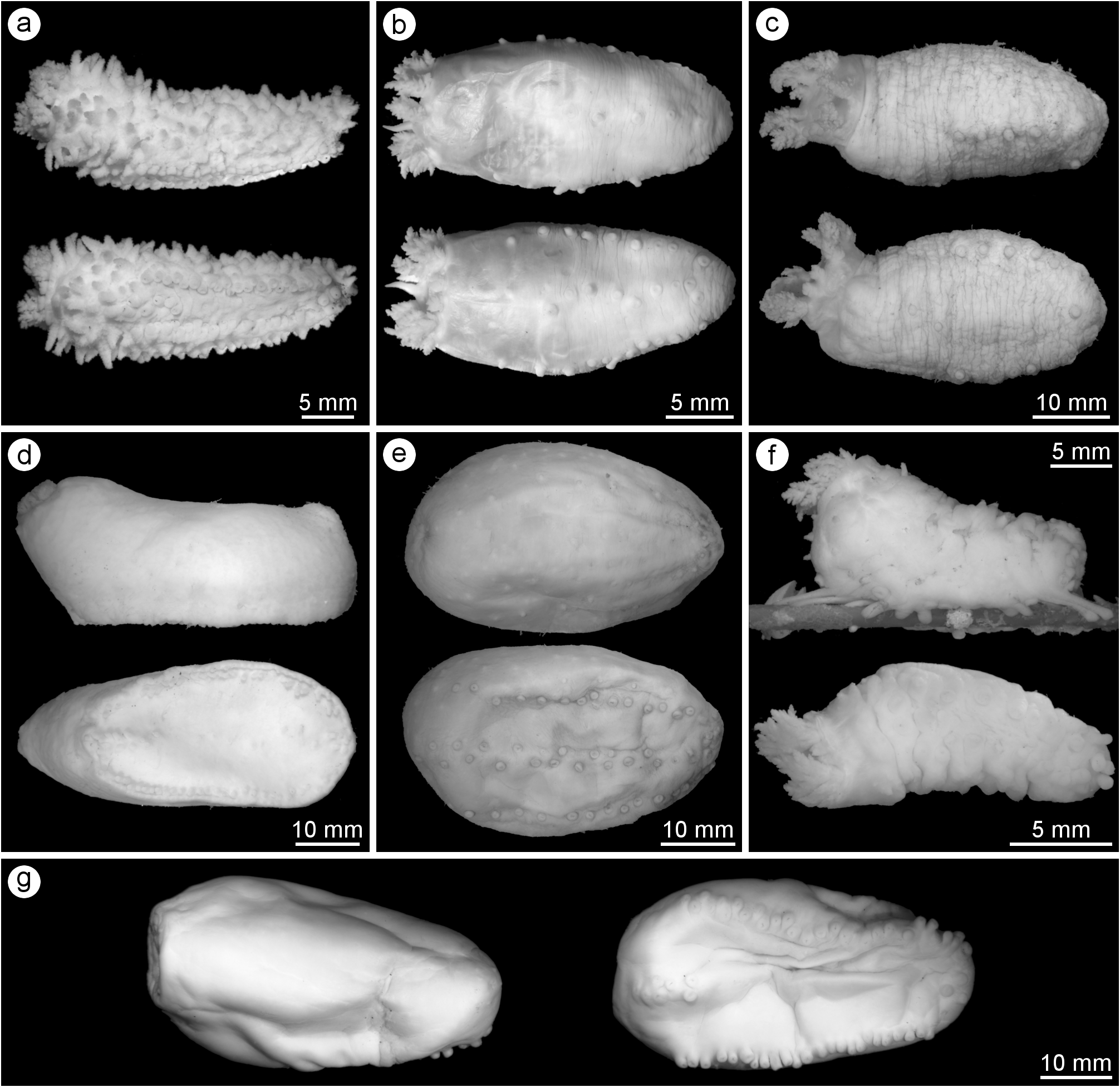