Diagnosis (family, genus, species): Distinct from all other North American chordeumatidans in the broad (ca. 1/4 width of trunk ring), flat, polydesmid-like paranota ( Fig. 2 View FIGURES 2–4 ) beginning on the third or fourth post-collum ring—not as in Rhiscosomididae   with narrow paranota (ca. 1/6 width of ring). Male first legpair uniquely modified, with a long mesobasal process on the femur nearly three times as long as the femur itself ( Figs 1 View FIGURE 1 , 5 View FIGURES 5, 6 ).

Etymology: Silvestri named the species to honor Hermon Carey Bumpus (1862–1943), who at the time was the Director of the American Museum of Natural History in New York. Bumpus had a distinguished career, heading the AMNH, the Marine Biological Laboratory, and the U.S. Bureau of Fisheries Laboratory (Woods Hole, Massachusetts). He later served as president of Tufts University (http://en.wikipedia.org/wiki/Hermon_Carey_Bumpus). Chamberlin did not explain his choice of a species name, and there is no Greek or Latin word porona   . Chamberlin likely adapted the word from ancient Greek, póros, “passage” perhaps in reference to Snoqualmie Pass.

Notes: The differences cited by Chamberlin in describing U. porona   are not consistent when more specimens from multiple localities are examined. The maximum width of all mature specimens studied here ranged from 2.6 to 3.1 mm, and the proportions of the collum (of males) were similar in all. However, the collum is sexually dimorphic in the species, and is larger and more highly arched in males to accommodate the greatly enlarged sternum of the first legpair. This creates a commodious space ( Fig. 1 View FIGURE 1 ) defined laterally by the femoral processes of the first legs and the coxal processes of the third legs; we speculate that this space and the first and third leg modifications are adaptations to firmly hold the female’s head during mating. Silvestri had both sexes available for study, while Chamberlin had only a single male, which may explain his statement regarding the length of the collum; but this highly three-dimensional structure can appear differently depending on viewing angle. Shear’s (1972, fig. 446) illustration misplaces the paralateral setae, but Silvestri (1913) illustrated them correctly. The setae have been rubbed off the specimen used for Fig. 2 View FIGURES 2–4 and the sockets are obscured by cerotegument (ct, Fig. 1 View FIGURE 1 ). While many specimens have a definite cerotegument, some males do not—possibly they have recently molted.

Silvestri (1913) and Shear (1972, fig. 447) show a single flagellocoxite, probably sheathed by the anterior angiocoxite process. While present, the flagellocoxite was not visible in our SEM preparations.

From label data, it appears that U. bumpusi   is most often associated with deciduous leaf litter, particularly from maple. Elevations of collecting sites range from 150’ to 4800’ (45.7 m to 1463 m) asl, a broad range given the northerly latitude. The species is not common; collections mostly consist of single specimens or no more than three specimens, while collections of other chordeumatidans from the same localities may include 10– 20 specimens. The Whatcom County collection is a considerable extension, being some 116 miles (187 km) north-northwest of Snoqualmie Pass, the previous most northerly locality, and suggests that U. bumpusi   will be found in intervening locations and perhaps northward into British Colombia, Canada. Longmire Springs, the type locality for U. bumpusi   , was a long-popular hot springs resort not far from Tacoma, Washington, at the time of Silvestri’s visit. It was later incorporated into Mount Rainier National Park and is now an entry station into the park. Snoqualmie Pass, type locality for U. porona   , is a large pass through the Cascade Mountains where Interstate 90 uses this geographical gap as the only four-lane east-west route across Washington State. 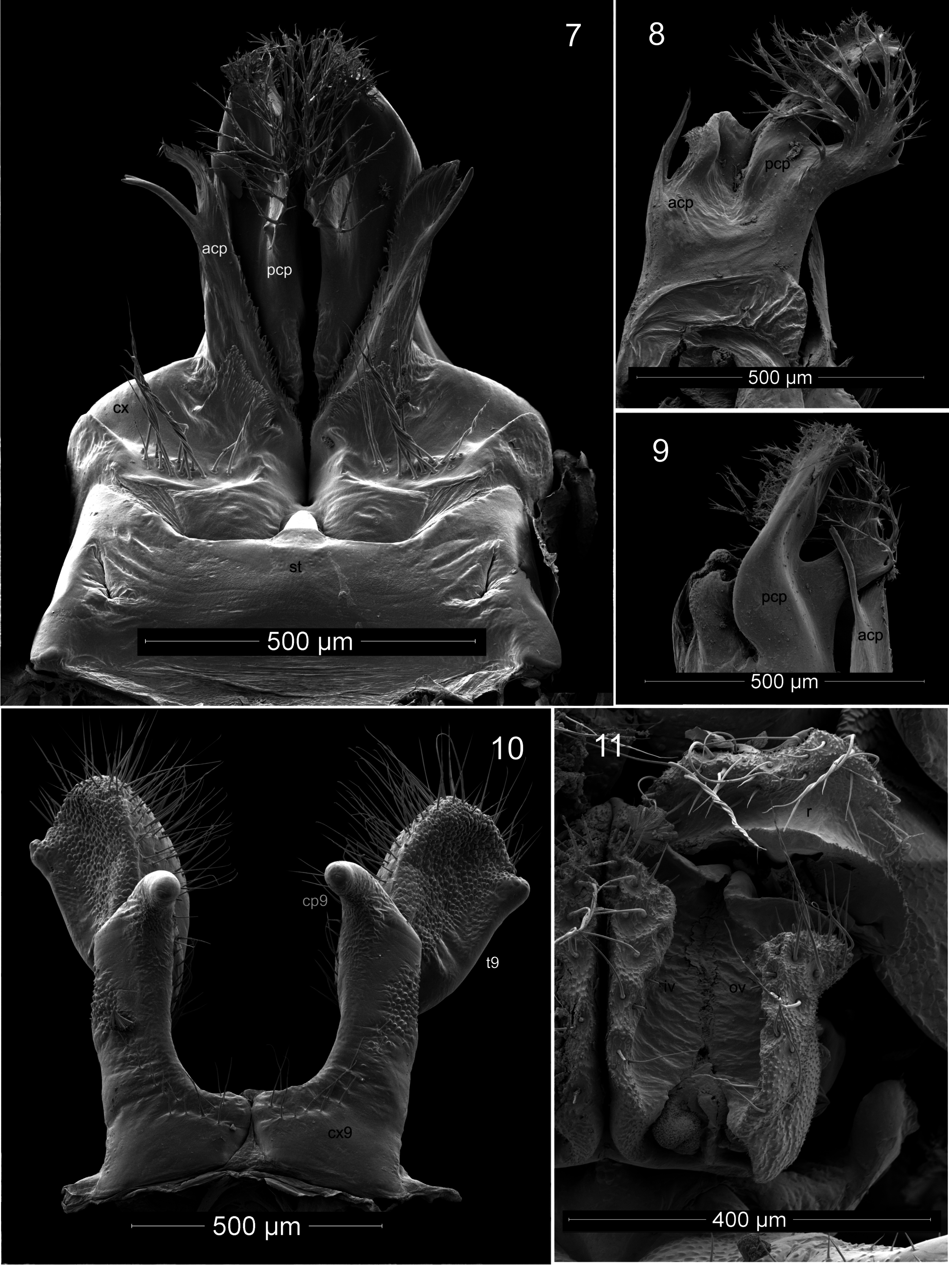