The species is named after Helmut Zibrowius for his important contributions in collecting material for this study. The existence of brooding Ophioderma  in the Mediterranean Sea might still be unknown without his effort.

Disc diameter 9.7–13.5 mm.All have up to seven arm spines. Most paratypes have a green colour pattern similar to the holotype, one specimen is olive-brown. One paratype with granule-covered radial shields, all others naked. Oral papillae eight, in two specimens nine, but variable between jaws in an individual. Two specimens with two dorsal arm plates on 2–3 proximal joints on 1–3 arms. One specimen with 2–3 dorsal arm plates on proximal joints on three arms, on seven joints on one of those arms. One specimen has a parasitic snail ( Ersilia Monterosato, 1872  sp.) on one arm. All paratypes lack part of an arm, which was used for molecular analysis.

Disc diameter 8.4–20.5 mm. Specimens smaller than 10 mm dd had six arm spines, all others seven. Most specimens have a green colour pattern similar to the holotype, several were dark olive with numerous white granules scattered across the disc. Out of the 42 specimens, a single one had granule-covered radial shields, all others with naked radial shields. Most of the specimens above 10 mm dd had at least two proximal arm joints on at least one arm with two dorsal arm plates, up to seven joints and several arms with double plates in one animal. The plates were usually of equal size or there was a hairline crack along the midline of the plate. Rarely, a third dorsal arm plate was present on one or two joints. Oral papillae eight, rarely nine, but variable between jaws in an individual and not correlated to size. These specimens were used for thermotolerance and regeneration experiments. These specimens were kept in an aquarium for a year where experiments of thermotolerance and regeneration were conducted. Therefore, most arms show signs of regeneration. One specimen had bright white distal arms but no sign of healed breaks. Maximum size recorded for O. zibrowii  sp. nov. was 21 mm dd ( Weber et al. 2014).

The species determination rests mainly on the genetic analyses. We chose the predominant genetic group (C5) to describe a new species, but due to its short reproduction period (May–June, Weber et al. 2014) most specimens of this cluster happen to have been collected outside the brooding time. Since brooding is one of the key characters of this species, we felt that the holotype should be a brooding female. It is not ideal that the chosen animal has only a single intact arm remaining, but in a pentaradially symmetric animal one arm is sufficient and representative of the others.

Brooding females have been collected from Cyprus and Lebanon, but they belong to another genetic cluster (C6). Morphologically they cannot be distinguished at this time and we consider them to be allopatric populations within the same species. They are excluded from the concept of the new species O. zibrowii  sp. nov., as new evidence may in the future lead to them being recognized as a different species. 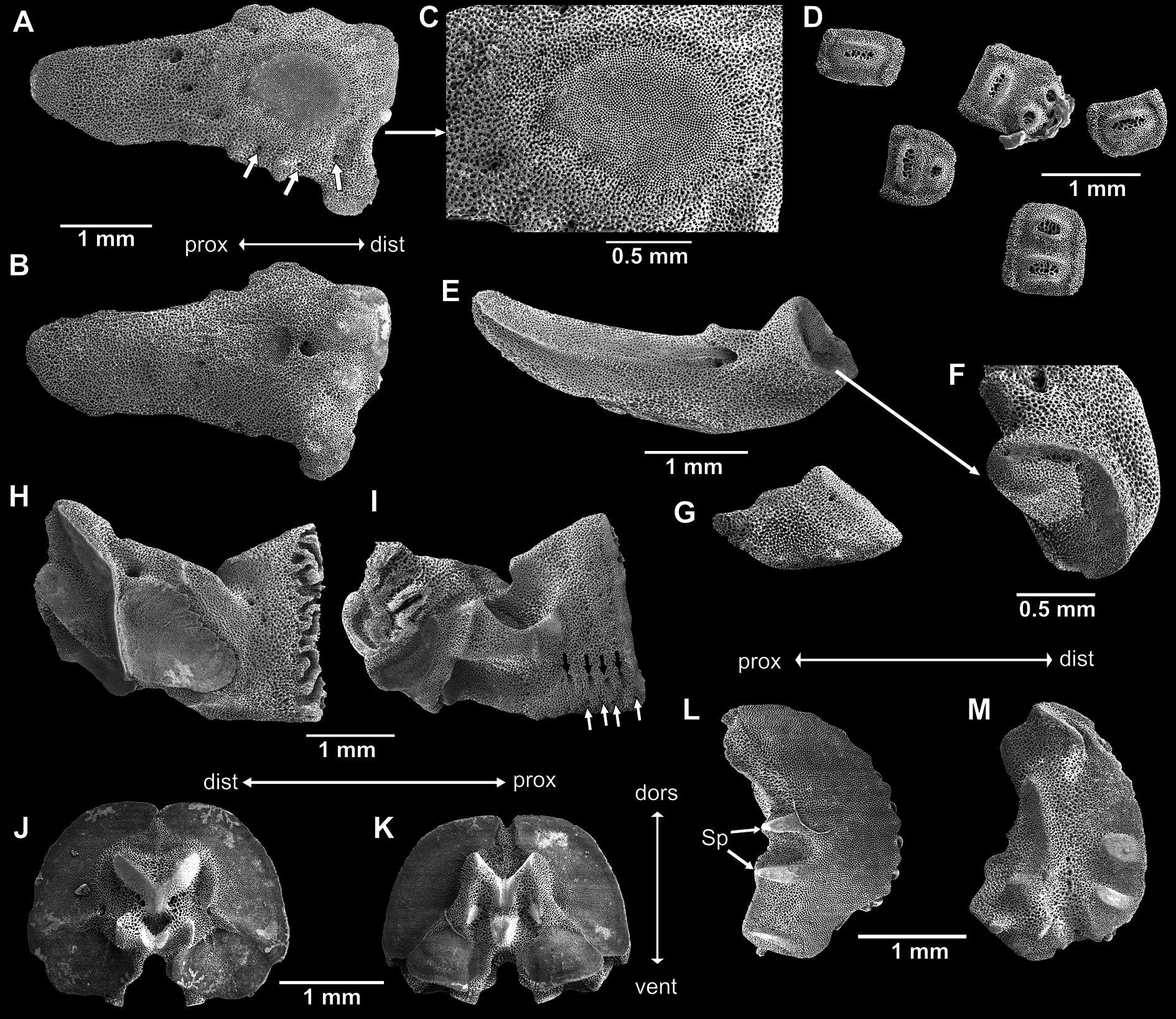