The species is named for its area of collection, off (West) Africa.

Size range 12–18.4 mm dd. The specimens have dark brown to almost black dorsal discs (on some individuals with lighter patches), arms with dark and lighter bands. Ventral discs as dark as dorsal, oral frames and ventral arms lighter brown ( Fig. 7HView Fig). Individuals with small light spots on the disc occur. Most specimens with black dots on the distal edge of the dorsal plates, but some without. Dorsal arm plates are mostly single, but most arms with several joints with two plates.

The specimens from NHMD possess mostly single dorsal arm plates, on few joints there are more than one and some specimens have on the most proximal joints a mosaic of slightly tumid plates. Some specimens have naked radial shields. They have 7–9 oral papillae, among which the adoral shield spine and Lyman’s ossicle are sometimes obvious, differing in shape from the other papillae. They are uniformly dark brown or variegated dark, on both dorsal and ventral sides. They range in size between 19 and 26 mm dd and are assigned to O. africana  sp. nov. mostly by colour pattern and exclusion of O. longicauda  from off West Africa. The specimen NHMD-225524, which measures only 5.7 mm dd, has a light brown dorsal pattern with faint spots, a cream white ventral surface, and single dorsal arm plates, similar to O. guineense  and is reassigned to that species.

Ophioderma africana  sp. nov. shares the dark colour on both sides of the disc with O. longicauda  , its spine numbers fall within the variability of both O. longicauda  and O. guineense  , it has as few oral papillae as O. longicauda  ( Table 1). These characters are however variable and small specimens may be difficult to identify. Nuclear and mitochondrial data were distinct from O. longicauda  and all other clusters found ( Weber et al. 2019), placing O. africana  sp. nov. in cluster C2 and COI lineage L5. Some of the animals started spawning during collecting, which indicates that the species is a broadcast spawner, not a brooder. 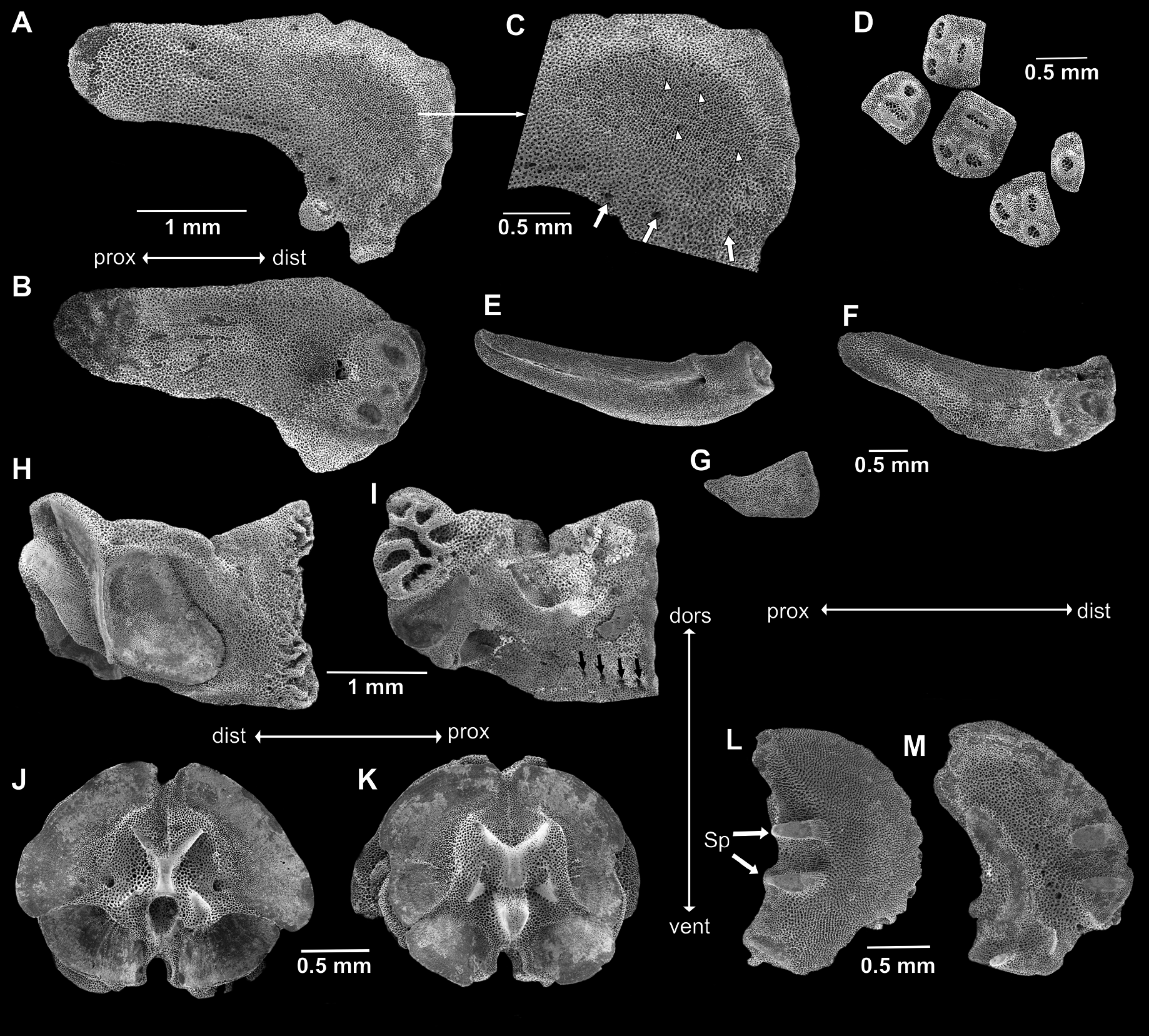