Comparisons: Among all congeners, A. thalesdelemai   shares 17 dorsal scale rows, six upper and lower labials, single postocular, dorsum uniformly grayish or pale brown, and venter creamish white only with A. balzani   . Atractus thalesdelemai   differs from A. balzani   by having maximum tail length 38 mm, 149–154 ventrals in males and 165–169 in females, 26–30 subcaudals in males and 22–26 in females, dorsum with scales paler in the posterior edges, and homogenously creamish white venter (vs. tail length 50 mm, 159 ventrals, 32 subcaudals, dorsum with scales paler in the centre, and venter yellowish speckled with brown in A. balzani   ).

Colour in life: Like colouration in preservative, but with first dorsal scale rows reddish white coloured.

Hemipenis morphology (everted organ, n = 2): Retracted organ bifurcates at 10 th and extends to the level of 11 th subcaudal. Hemipenis moderately bilobed, semicapitate, semicalyculate; lobes distinct and restricted to distal portion of capitulum; lobes clavate, centrifugally oriented with round apices; lobes and capitulum covered with small spinulate calyces; calyces progressively replaced with papillae toward lobe apices; capitulum with irregular calyces; horizontal walls of calyces originate calyculate flounces, occasionally restricted to lateral of sulcate side of capitulum; asulcate side of capitulum with conspicuous lobular and medial crests; capitular groove indistinct on the sulcate and slightly to well marked on the asulcate side of hemipenis; capitulum located just above sulcus spermaticus bifurcation and taller than hemipenial body; sulcus spermaticus bifurcates on the middle of the organ; sulcus spermaticus branches centrifugally oriented, running to tips of lobes; margins of sulcus spermaticus stout and narrow, bordered with spinules from the base to the lobe apices; hemipenial body sub-cylindrical, covered with moderate hooked spines; large spines concentrated on lateral portion of sulcate and distal region of asulcate side; basal naked pocket extends to distal portion of hemipenial body; basal region of with longitudinal plicae and diffuse spinules ( Fig. 14D View FIGURE 14 ).

As described and illustrated by Passos et al. (2005b), the holotype of A. thalesdelemai   has grayish dorsal margins only on scales of the second dorsal row, temporal region invaded with creamish white, and dorsal scales uniformly reticulate with pale colour. However, re-examination of colour pattern in both sexes and all age classes in the type-series of A. thalesdelemai   , revealed also the occurrence of features employed by Cacciali et al. (2007) to distinguish it from A. kangueryensis   . Moreover, as found in many Atractus species   (e.g., A. reticulatus   and A. trihedrurus   ), the reticulate colour pattern is subject to geographic variation and can be obscured on specimens close to ecdysis or on melanic individuals (e.g., specimens from higher elevations). Furthermore, the pink colour on the first scale rows of the paratypes of A. kangueryensis   , in our view, represent merely the fresh colour from recently collected specimens rather than an ontogenetic change of colour pattern, and we suspect that live specimens of A. thalesdelemai   have pink on the first scale rows as is found also in many congeners (P. Passos pers. observ.). For the reasons expressed above, A. kangueryensis   is placed herein in the synonymy of A. thalesdelemai   . 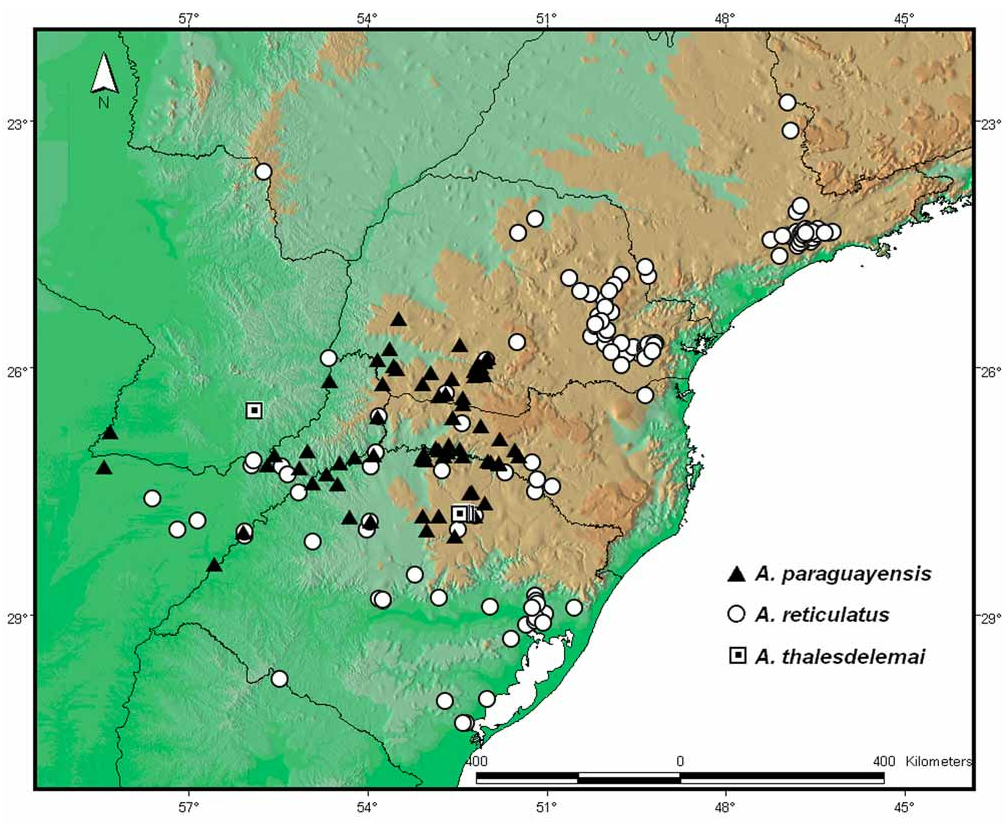 FIGURE 11. Geographical distribution of Atractus paraguayensis, A. reticulatus, and A. thalesdelemai. 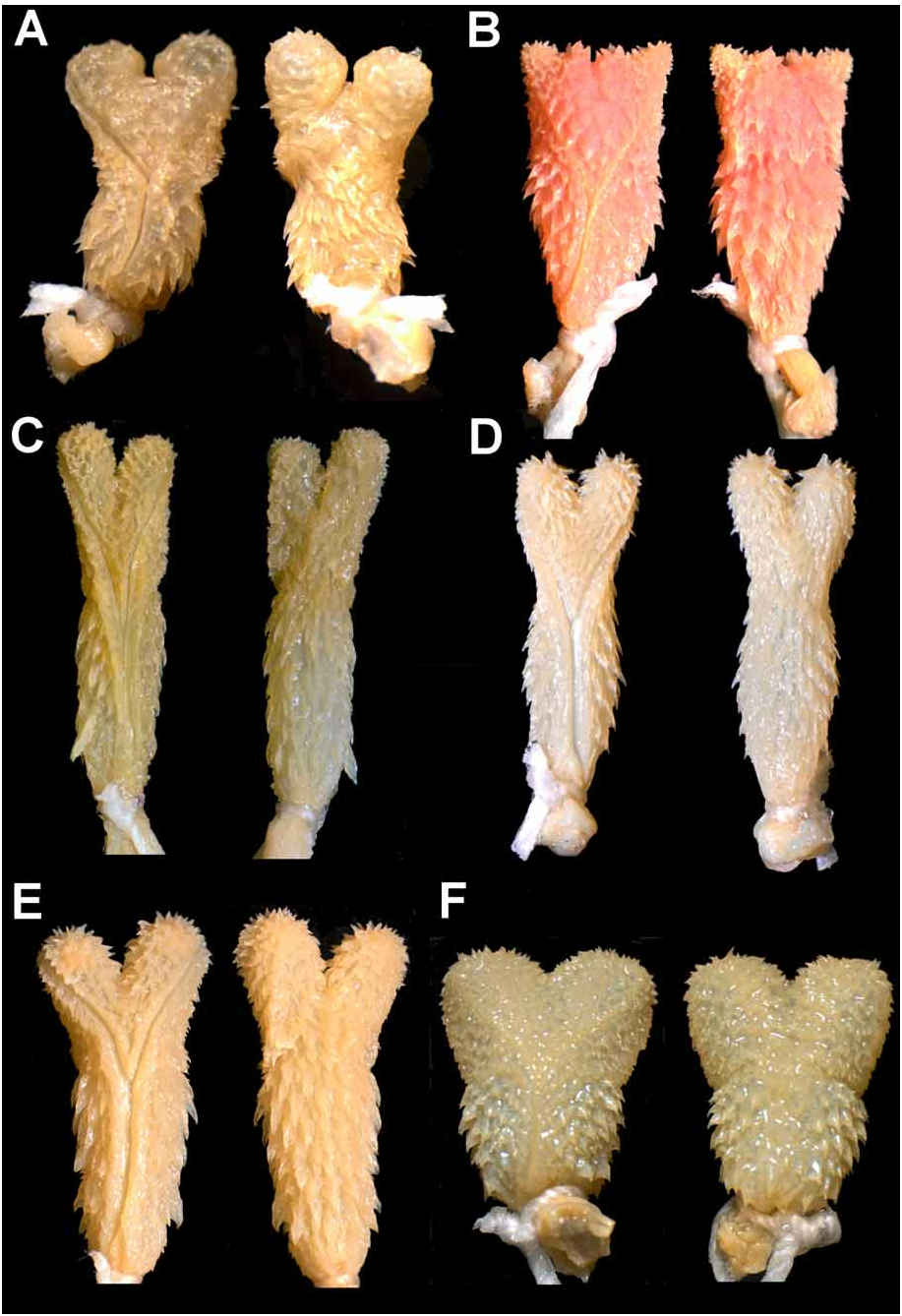 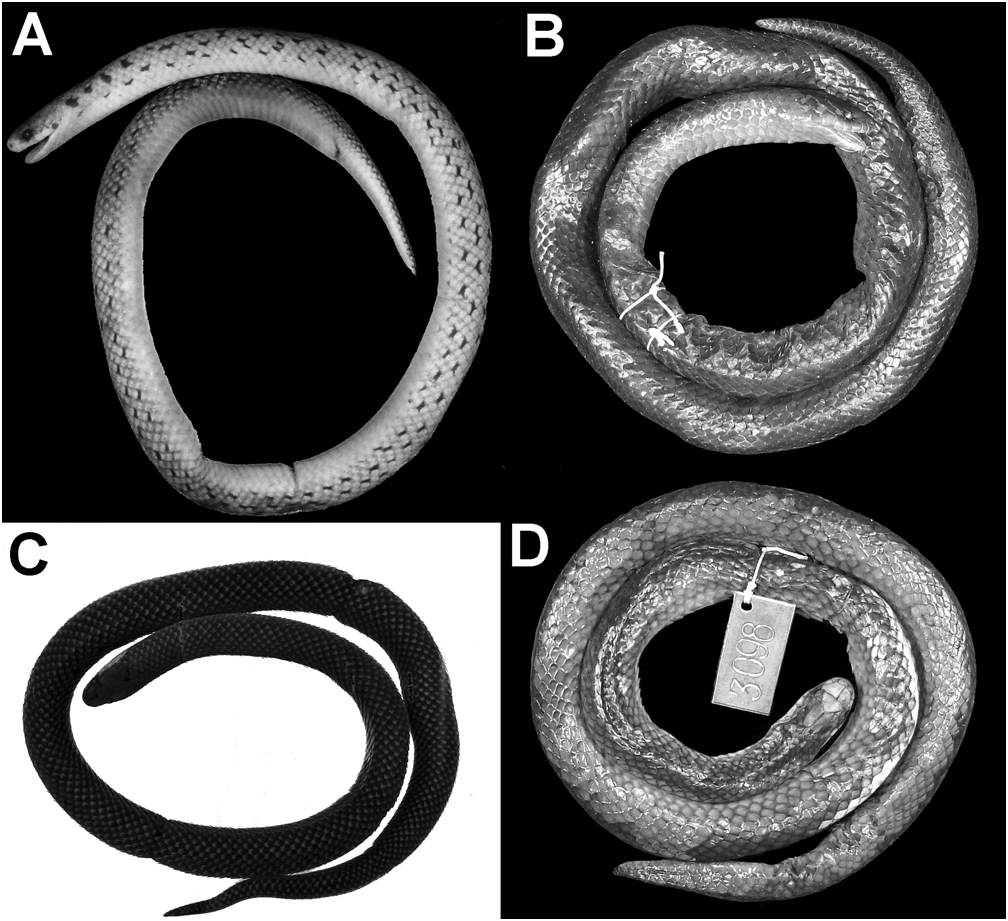