Differential diagnosis. Anthelephila insolita   sp. nov. belongs to the A. fossicollis   species-group. It can be easily recognized by the characters on the paired prongs of male sternite VIII.

Etymology. From the Latin insolitus (uncommon), refering to low number of specimens examined.

Remarks. The holotype is somewhat immature, and thus paler coloured, with the setae of the elytra largely abraded; identification of female specimen is tentative, based on the same label data. 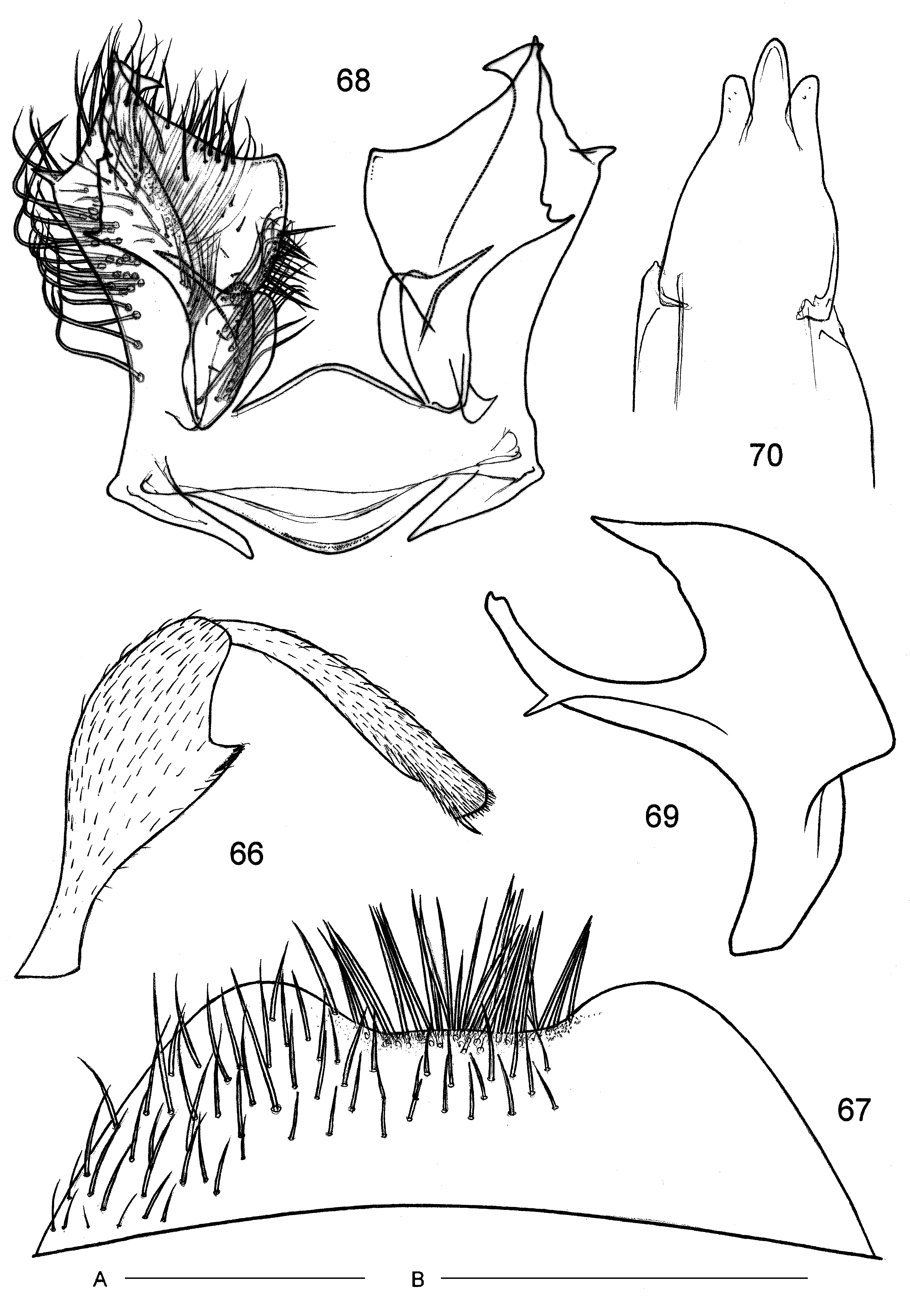