New to Britain. Although widely recorded across the Western Palaearctic (e.g. Aubert 1966; Izquierdo 1984), British authors have overlooked E. cerebrator  ; however, this species turns out to be rather widespread in south-east England (one more northerly record, from Yorkshire) where it has been reared from several species of Hadena Schrank, 1802  and Hecatera Guenée, 1852  (Notuidae: Hadeninae  ) whose larvae feed in seedheads or on flowers. There are three specimens reared from Hecatera dysodea (Denis & Schiffermüller, 1775)  , which has a restricted range in England and south Wales ( Hill et al. 2010) and was extinct in Britain for many years; it is fairly frequently the case that there are good numbers of parasitoid rearings from rare hosts (e.g. Enicospilus merdarius  ), which are targeted by entomologists in preference to the more widespread host species (note the paucity of host records for E. adustus  and E. combustus  ).

May–August, with 51% having been collected in July; one specimen is labelled as “xi”. From a series in NMS collected at Dungeness (coll. C.W. Plant) from mid-May to late July, it seems that E. cerebrator  is plurivoltine (at least bivoltine), in contrast to other British Enicospilus  , although May specimens have not been seen from any other locality.

Enicospilus cerebrator  is a smaller species than E. adustus  , with more strongly narrowed temples and a rather distinctive scutellum. The antennal flagellum is shorter than in E. adustus  or E. myricae  sp. nov. (51–56 flagellar segments, modal value 53), with stouter preapical flagellar segments than in E. adustus  ; the scutellum appears more parallel-sided, broader posteriorly, bordered posteriorly by a slightly raised ridge and with the sides more abruptly curved posteriorly than in similar species; the surface of the scutellum is more matt than in similar species; the male parameres are square-ended ( Fig. 8BView Fig) compared to the more tapering parameres of E. adustus  and E. myricae  sp. nov. 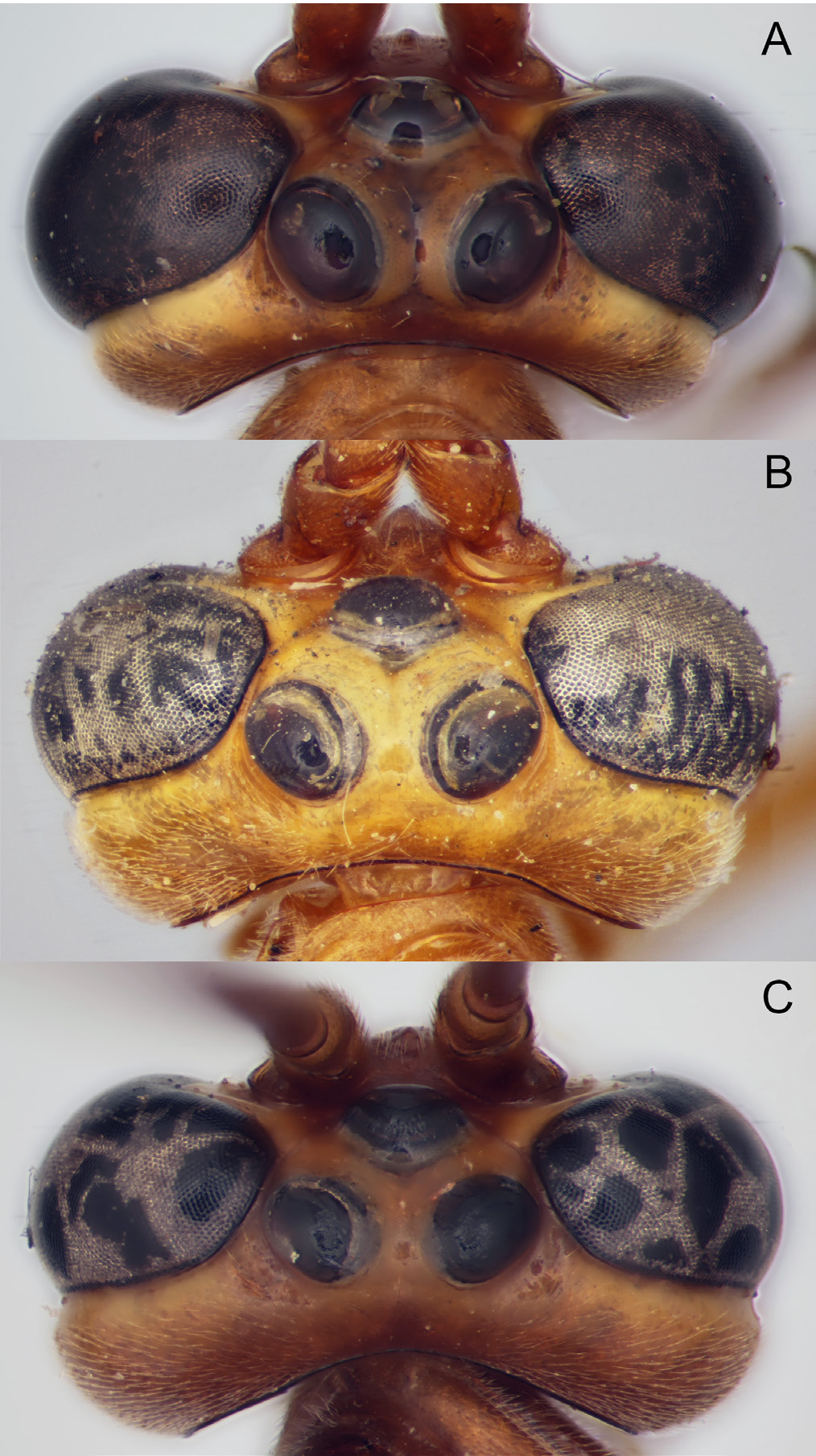 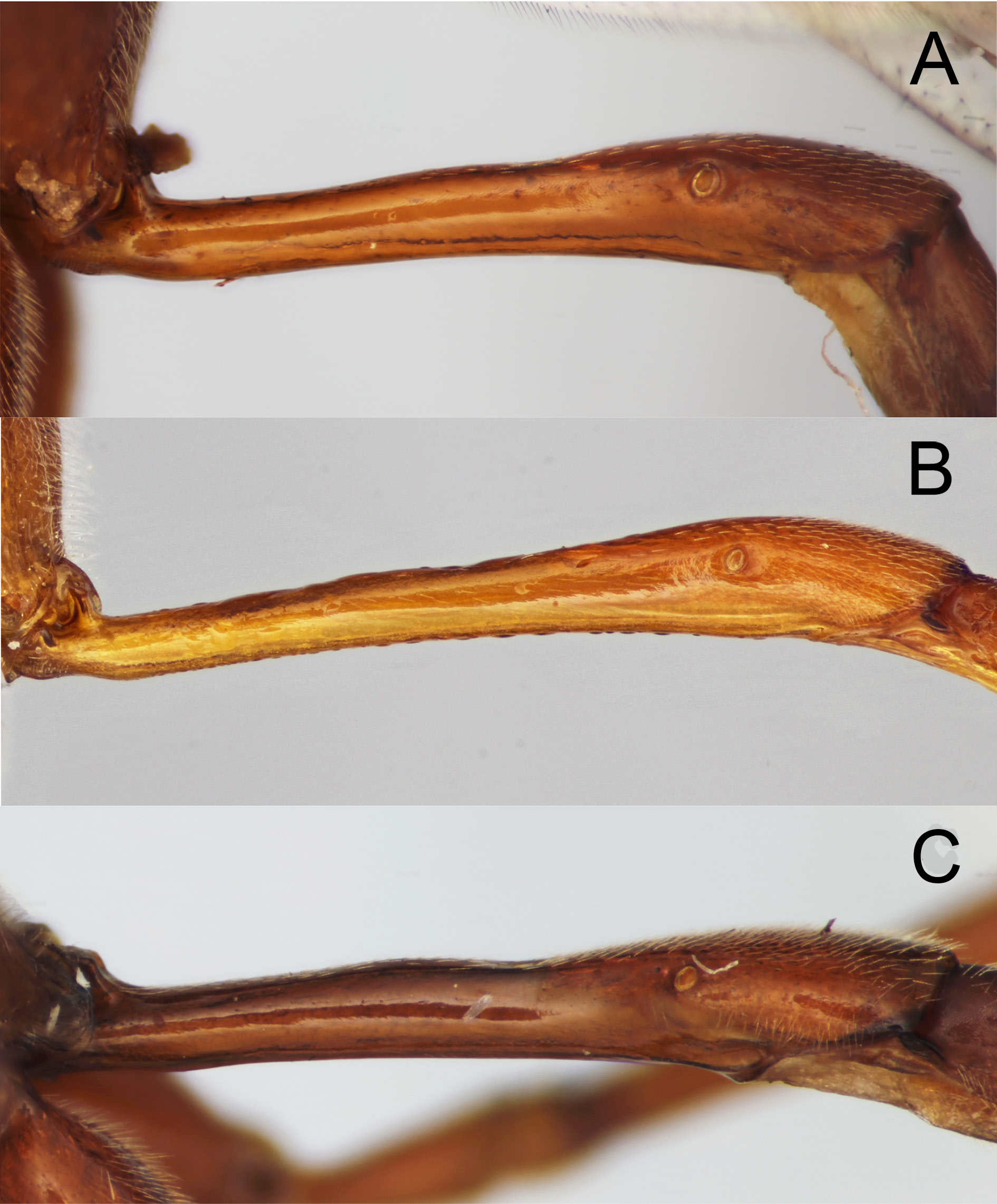 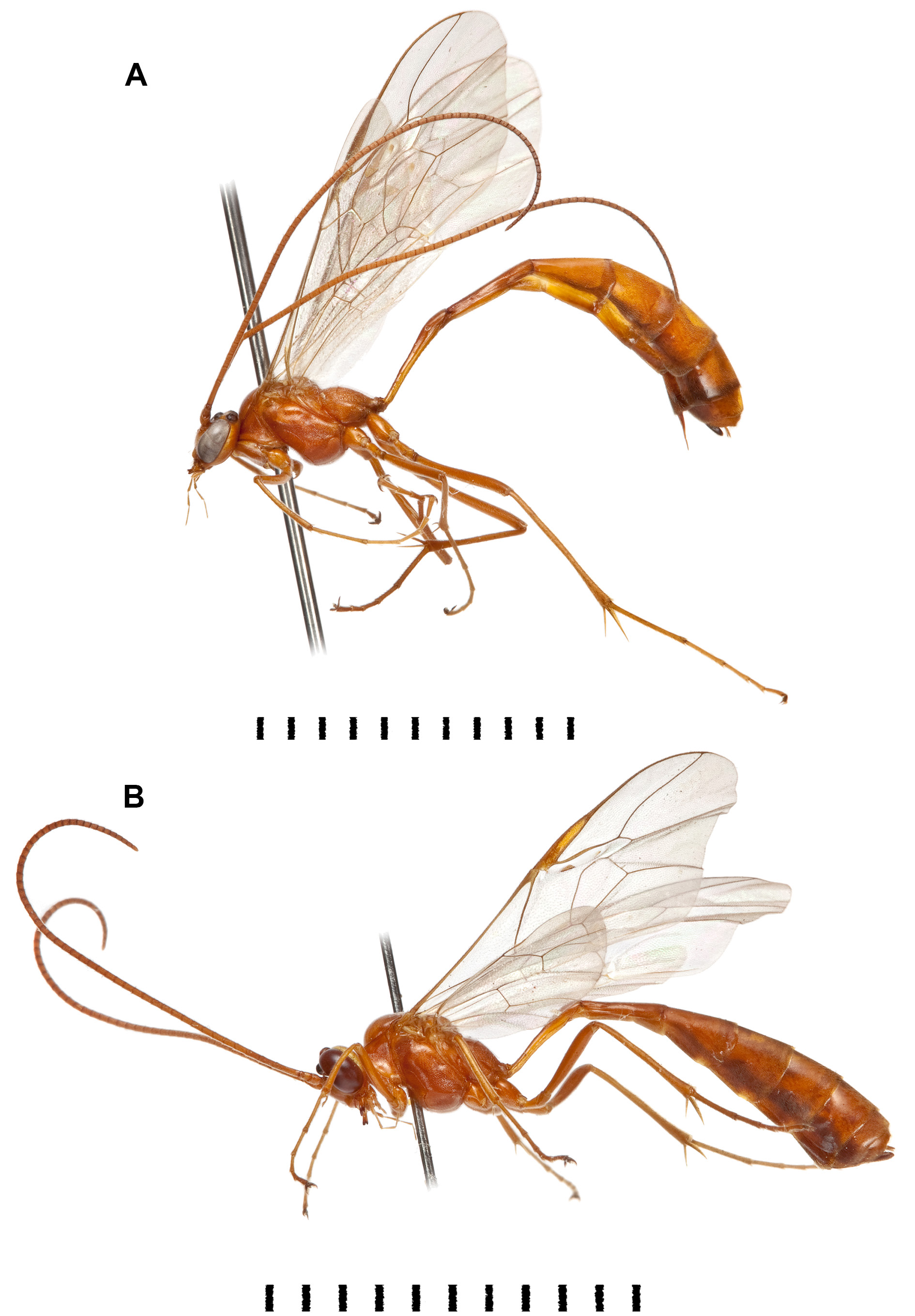