A relatively widespread parasitoid of Lasiocampa  , and possibly other Lasiocampidae  , particularly on heaths and moorland.

June–September, with the majority in August.

Along with E. undulatus  , with which it has frequently been confused, E. inflexus  belongs to a distinctive group of species (in older literature sometimes referred to as the genus Allocamptus  ) that lack fore wing sclerites, are very large and have a strongly sinuous fore wing vein Rs+ 2 r. Compared to E. undulatus  , E. inflexus  has more narrowed temples, giving it a less buccate head, but it is otherwise very similar. 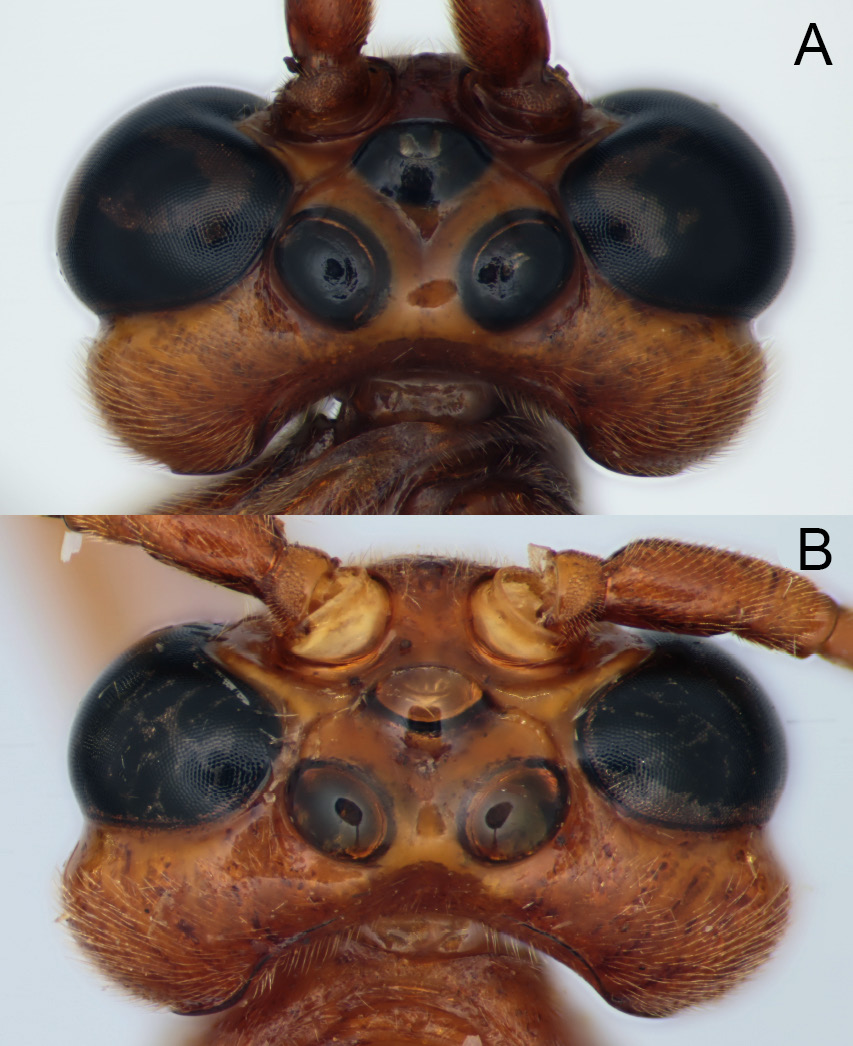