A distinctive species of mainly southern distribution. It has not been found in Scotland. Reared from Melanchra persicariae (Linnaeus, 1761)  ( Noctuidae  ).

July–October, with the majority in August–September; is on the wing later in the year than E. adustus  , E. cerebrator  and E. ramidulus  .

Although very similar in general morphology to E. adustus  and E. ramidulus  , the colour pattern of E. combustus  is distinctive, with the mesosoma extensively black, and the antennae have more flagellar segments (62–70 flagellar segments, modal number 65), especially compared to E. ramidulus  , which shares a black-tipped metasoma. Other than colour pattern, though, there seem to be no reliable morphological distinctions from E. adustus  , apart from a greater number of antennal segments (but with an overlapping range). 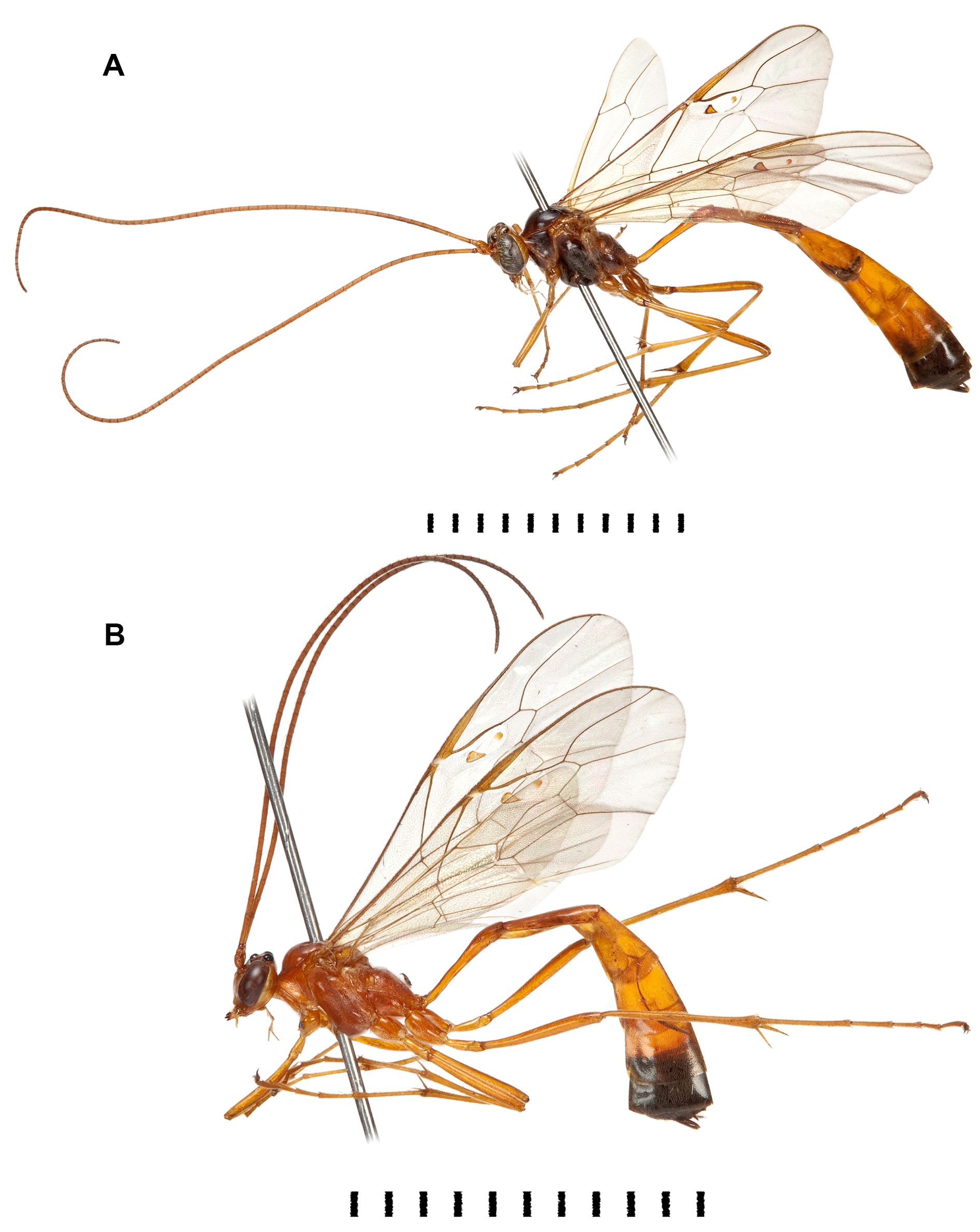 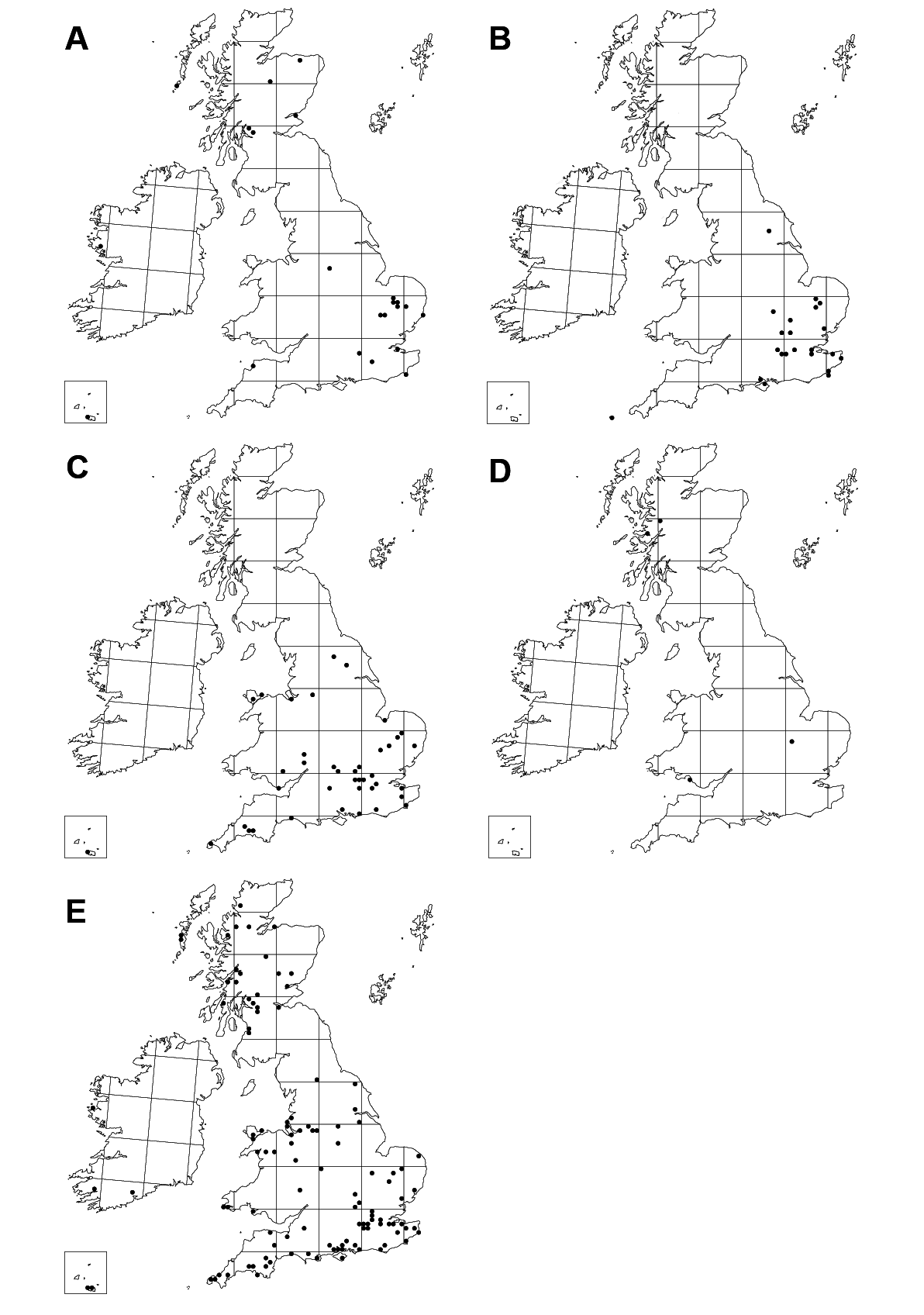