Etymology. The species was named after the type locality Barreira do Inferno (Hell’s Barrier in English).

Remarks. Tyrannoseira diabolica   sp. nov. was found in “Barreira do Inferno”, a military protected area in the municipality of Parnamirim, state of Rio Grande do Norte. Within this area are located some spots of preserved “resting” forest, a subtype formation of the Atlantic Rainforest.

The specimens were collected at the end of the dry season (February 2011) on sand dune soil with dead foliage coverage. The climate of the area is ‘As’ according to Koeppen’s system ( KOTTEK et al. 2006), which means an equatorial hot climate with a distinct dry summer – wet winter precipitation regime.

Probably the closest species to T. diabolica   sp. nov. is Tyrannoseira   sex Bellini & Zeppelini, 2011. Both species share many similarities in the dorsal chaetotaxy, such as the number and disposition of macrochaetae in central head (3, 4 and 5 cephalic regions), regions 1A and 1B in mesothorax, regions A and B in metathorax, and abdominal segment 1. Both species also share a similar color pattern ( BELLINI & ZEPPELINI 2011). On the other hand, T. diabolica   sp. nov. can be distinguished from the other species of Tyrannoseira   by an unique combination of macrochaetae in cephalic regions 1, 2 and 6, region C of meso- and metathorax and abdominal segment IV. Other striking distinctive characters of T. diabolica   sp. nov. are the reduced number of spines in the male femora (only six), the lack of ‘r’ seta in the labial triangle and the lack of the fourth ungual tooth.

Tyrannoseira diabolica   sp. nov. is the fourth Tyrannoseira   species described. The other three known species are restricted to the semi-arid “caatinga” biome, whereas T. diabolica   sp. nov. was collected in the Atlantic Rainforest, a different biome with a higher and more dense vegetation. The occurrence of T. diabolica   sp. nov. in its type locality may be explained by a typical condition observed in Rio Grande do Norte: the “caatinga” covers more than 90% of the area of the state and its influence is also seen in areas covered by the Atlantic Rainforest ( ARAÚJO et al. 2005). As some plant species of the “caatinga” reach the coastline, it is expected that some animal taxa associated to the semi-arid can do the same. 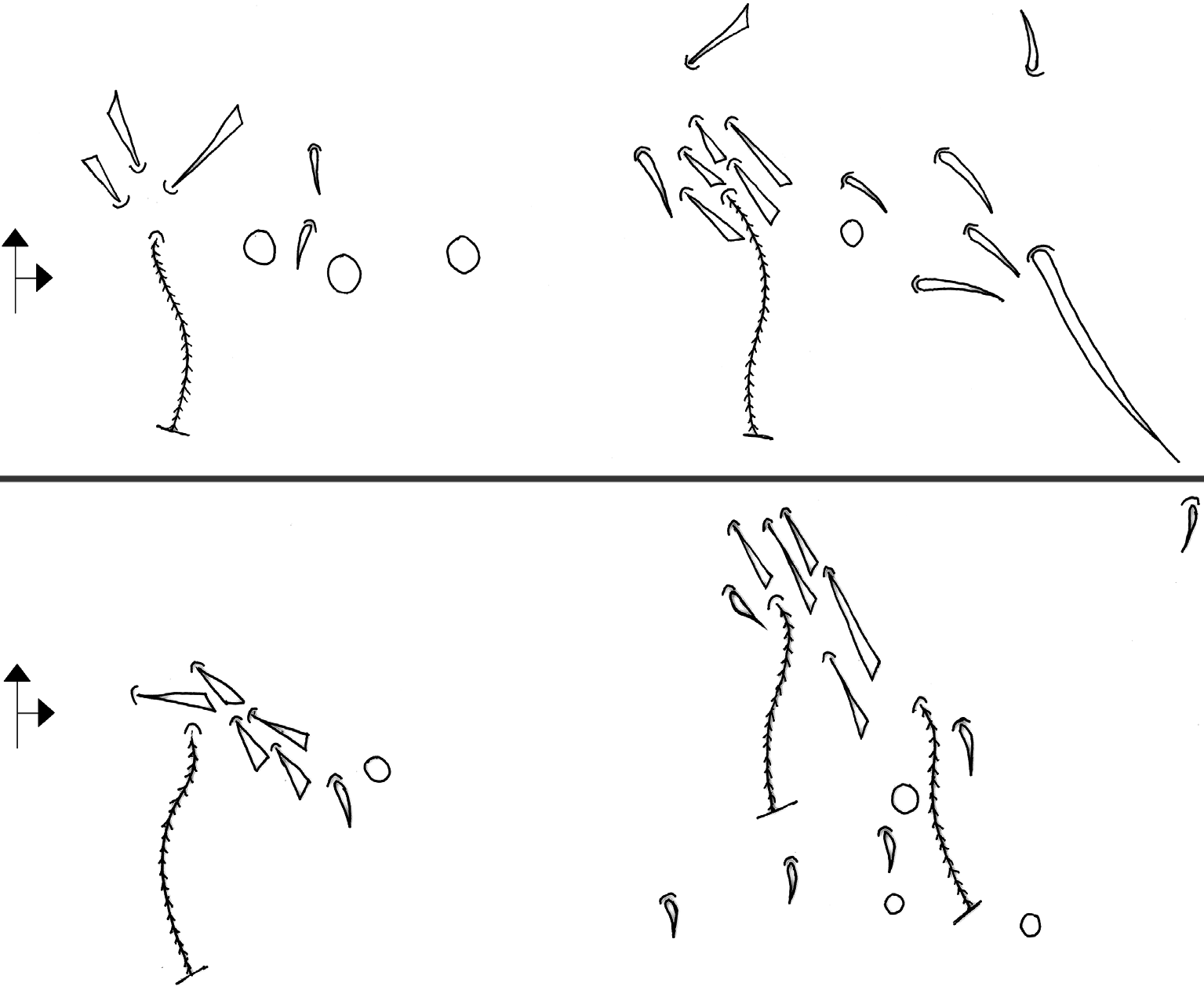 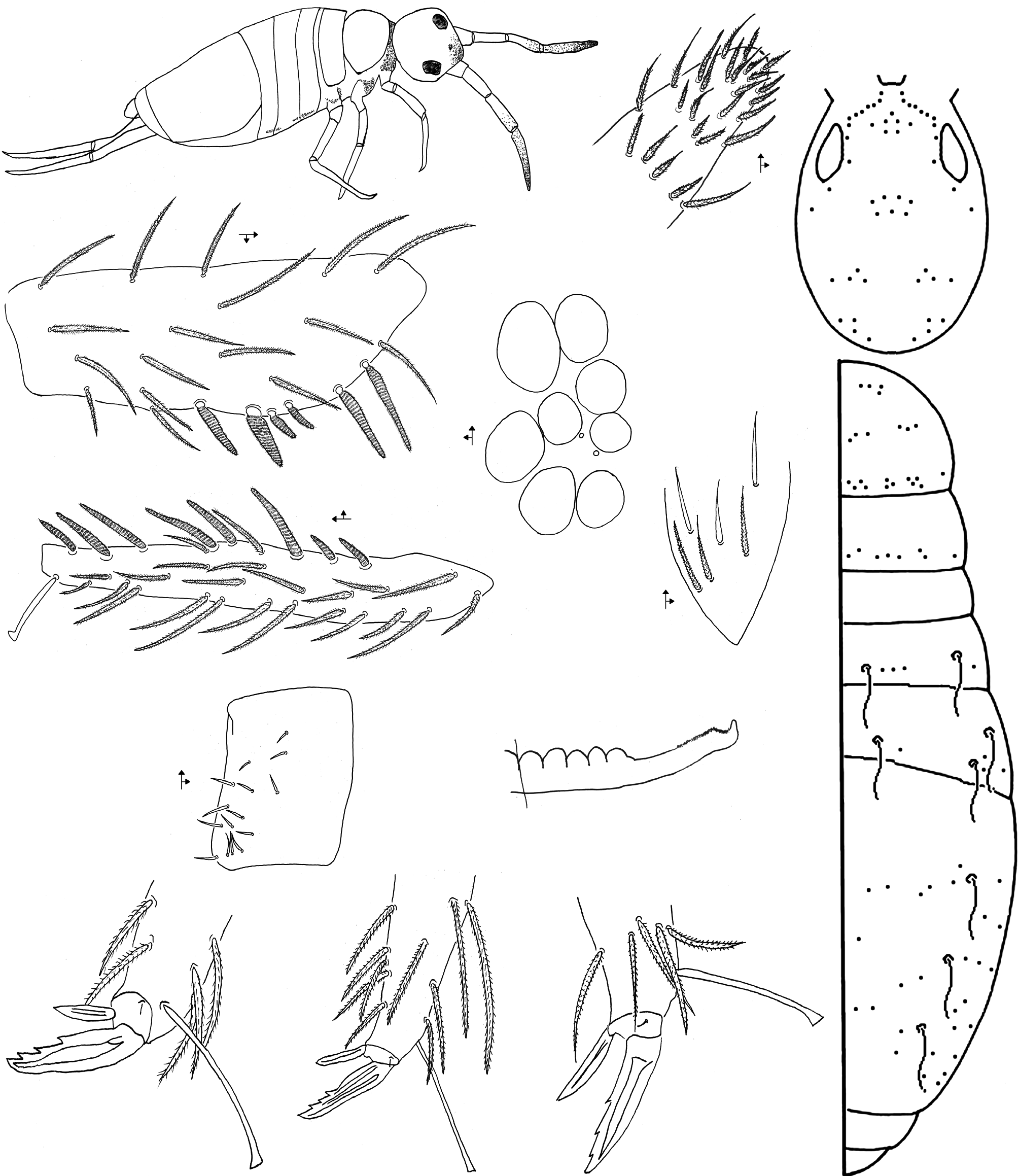