Sagartiidae   without suckers or tenaculi, with strong endodermic musculature along column. Visible and conspicuous muscular belts along column and capitulum. Sphincter mesogloeal mainly present in upper part of column.

The generic name refers to the type locality, Sea of Marmara   .

The absence of suckers on the body wall represents a close affinity of this new genus with the genera Sagartianthus Carlgren 1943   ; Artemidactis Stephenson 1918   , Actinothoe Fischer 1889   and Anthothoe Carlgren 1938   . However, unlike the other genera, the genus Marmara   gen. nov. has c

onspicuous muscular belts of endodermic musculature along the column, which is a peculiar anatomical feature only known in this genus. In the contracted/relaxed stages of the type species Marmara musculata   sp. nov., two well differentiated areas are formed along the body: the upper part has tentacles and pharynx, constituting a bud-like structure; the stalk part includes the rest of the column, forming a long and cord-like structure, which has never been recorded in any Actiniaria   before (see, Carlgren 1949) ( Figures 2 View Figure 2 (d) and 3(c)). This amazing differentiation is possibly due to the burrowing habit displayed by this new species. This morphology looks like an extraordinary adaptation to sandy bottoms to elongate the column and extend its mouth to ambient water while the base is still in the burrow. We failed to identify the scapulus, but cannot assure the absence of such structure due to the retraction stage of the material; scapulus is present in the other closely related genera ( Sagartianthus   , Artemidactis   ). 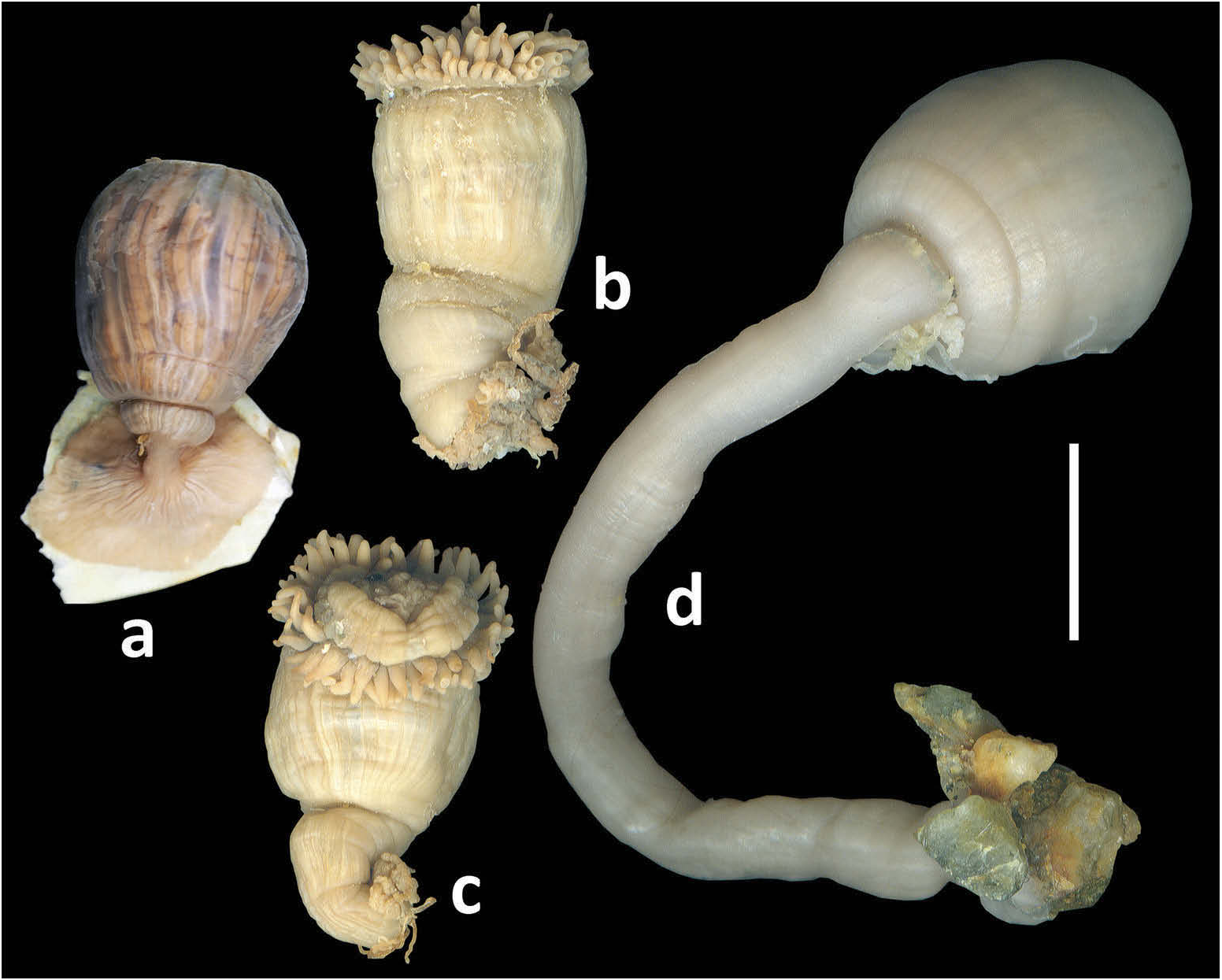