Diagnosis. This species is similar to P. probleta Bradley, 1961   in the male genitalia by having a broad and short uncus and the valva with a short digitate process at middle on the ventral margin. It can be distinguished from the latter by the tongue-shaped gnathos, which is elongate narrow and slightly curved in P. probleta   ( Bradley, 1961: 129. Pl. 5: Figs 7, 8).

Etymology. The specific name is derived from the Latin mastoideus, referring to the vinculum with a mastoid process near middle at each lateral side. 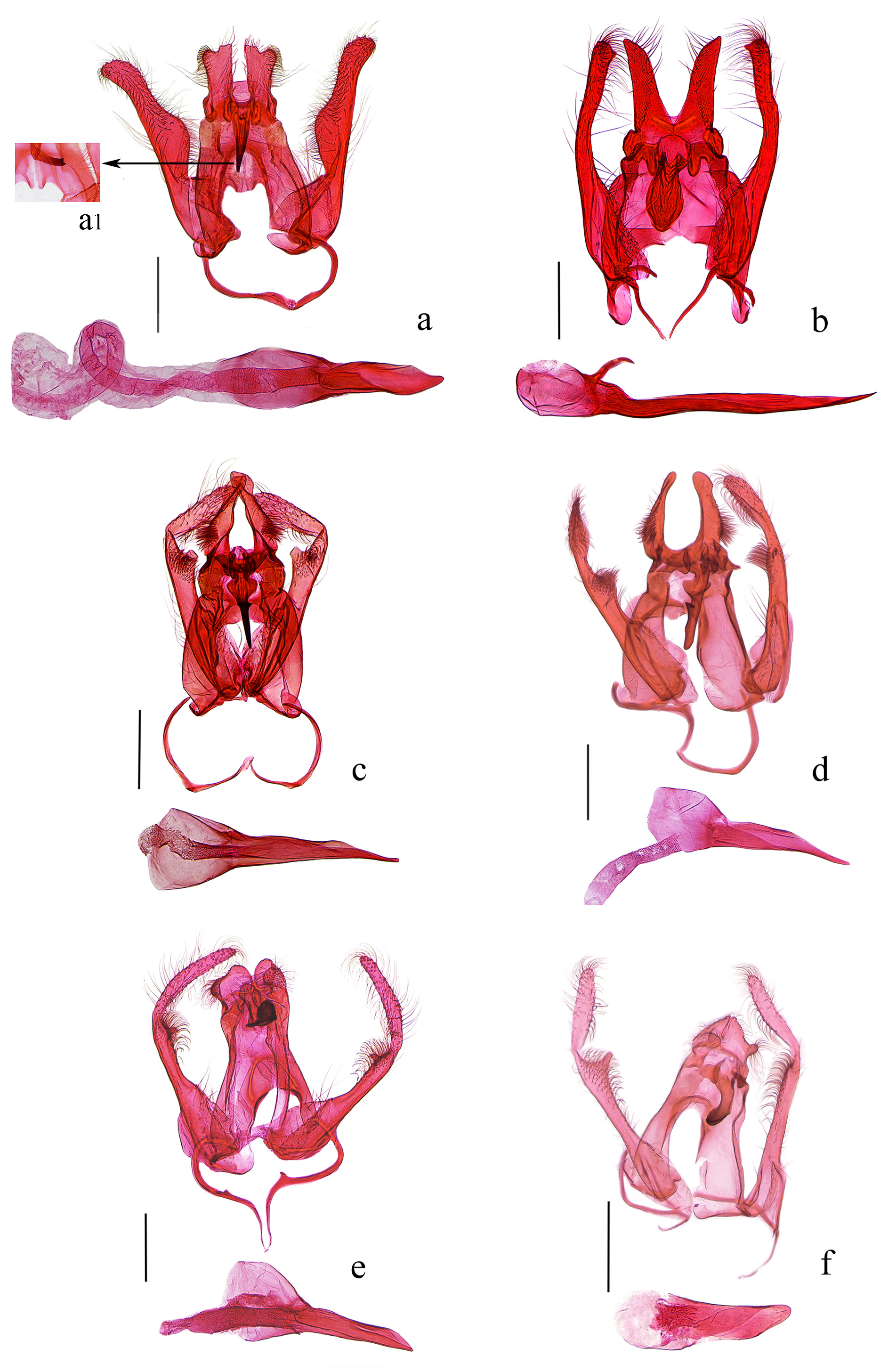