Remarks. This species is a macho version of G. dakotensis  , but has the tuberculate clypeus and frons of G. phoenicis  . It is distinguished from either species by the extremely large tubercle on each side of apical clypeal emargination; very large tubercles on surface of clypeus and frons; reduced pronotal ridges; somewhat shiny pronotal surface; and shiny, strongly microreticulate elytral surface. The mesotibia figured has all of the lateral spines broken off, but there should be 5 visible.

One male and a female were the only specimens available for study.

Etymology. The specific name is the Latin imitator  , meaning mimic, in reference to the strong resemblance to G. dakotensis  . 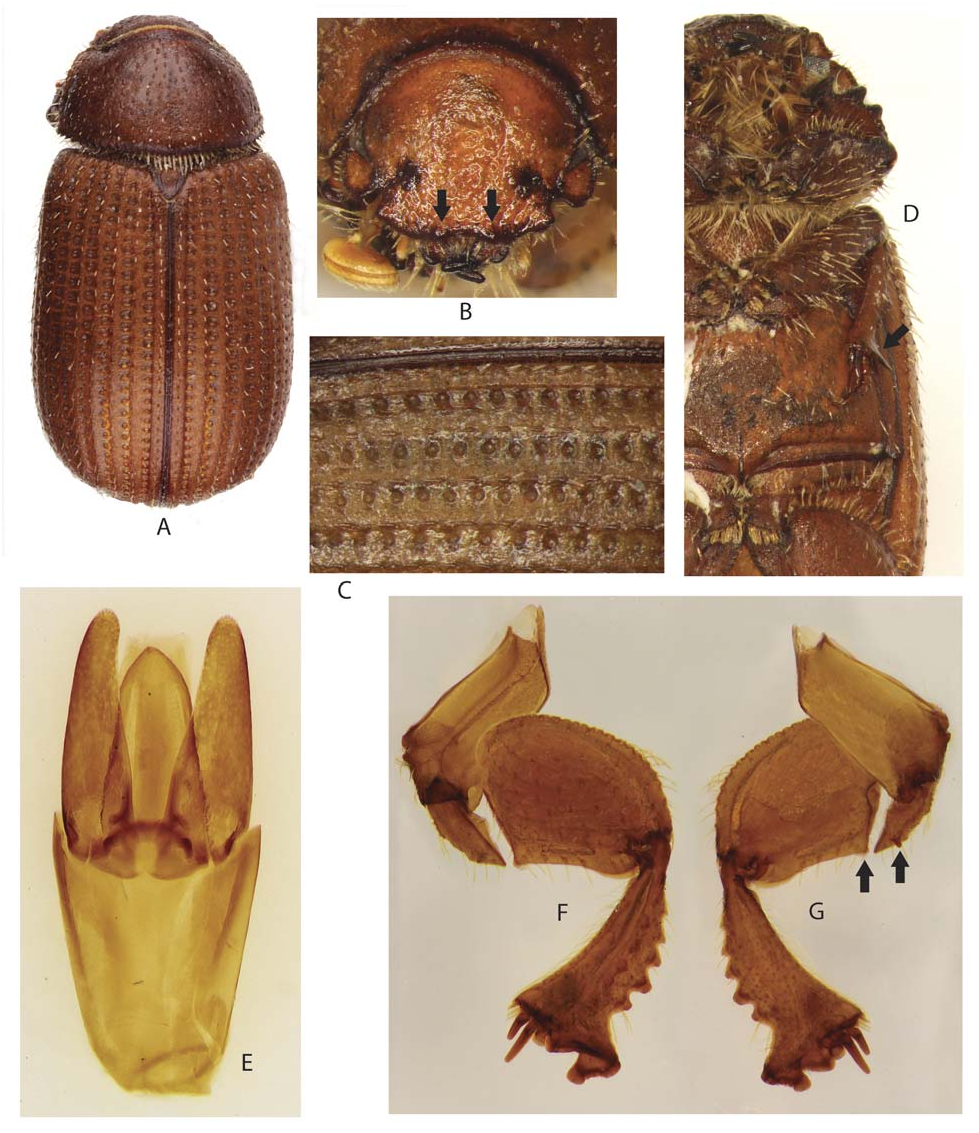