Colour in life unknown. Colour of fresh specimens ( Fig. 2View FIGURE 2 a) similar to colour in alcohol, but short-lived pink hue may be present on body and fins when specimens arrive on deck.

The phylogenetic analyses recovered identical maximum likelihood (ML), maximum parsimony (MP) and neighbor-joining (NJ) trees ( Fig. 3View FIGURE 3). Apogonichthyoides niger  and Nectamia fusca  were chosen as outgroups to root the tree. The topology retrieved eight genetically distinct Jaydia  species ( Table 3) that grouped into four distinct clades, with J. carinata  and J. queketti  as the basal lineage and sister to the rest of the species. Specimens of both J. striatodes  and J. striata  formed well-supported monophyletic clades ( Fig. 3View FIGURE 3) that were distinctly separate with mean sequence divergence of 12.2% ( Table 3). The analyses also retrieved these two species as sister taxa in a clade that was relatively well-supported (79% bootstrap) only in the neighbour-joining tree ( Fig. 3View FIGURE 3).

Remarks. The proportion of body width ( Table 2) was relatively smaller in this study because the specimens may have been compressed in the trawl. The colour pattern of the second dorsal fin varied, with a faint dark stripe on proximal fourth of the fin sometimes absent.

Given the great similarity between J. striatodes  and J. striata  ( Fig. 2View FIGURE 2), they may be easily confused with each other. Because past authors have not been aware that small differences in the characters mentioned above distinguish species, it could be anticipated that reports of J. striata  preceding the revision of the genus by Gon (1997) may include J. striatodes  .

Jaydia striata  was first recorded from China in the coastal water of Guangdong Province and Sanya, Xincun of Hainan Island by Cheng (1959). Several years later, Cheng et al. (1962) reported this species with a more detailed description and a drawing. A recently published book used the name in a key (Sun & Chen 2013). Unfortunately, all these authors overlooked key characters, or did not provide enough details to identify the species they had, although the higher counts (5–6) of gill rakers on the upper limb of first gill arch recorded in Cheng et al. (1962) suggests J. striatodes  . Therefore we cannot determine with certainty whether only J. striatodes  is present in coastal Chinese waters. Nevertheless, the absence of J. striata  in the two surveys that netted the specimens of J. striatodes  used in this study, as well as other Jaydia  species, lead us to consider the presence of J. striata  along the southern part of the Chinese mainland coastline as questionable. Further support for this conclusion comes from the fact that in the material examined by Gon (1997) J. striata  is sympatric to J. striatodes  , except in Hong Kong, where only the latter species is present.

Jaydia striata  is known from the Persian Gulf, Gulf of Oman, Arabian Sea, Bay of Bengal   , Malaysia, Gulf of Thailand   , Indonesia, Philippines, and Taiwan ( Gon 1997). Jaydia striatodes  has a more limited range, including the west coast of Thailand, Gulf of Thailand   , Philippines, and Hong Kong ( Gon 1997; Satapoomin 2011), and possibly west coast of Taiwan and Pratas Island or Spratly Island ( Shao & Chen 1993; Shao et al. 2008). The material used in this study extends the distribution of this species further south along the coast of China’s mainland to Beibu Gulf, and to Vietnam  . 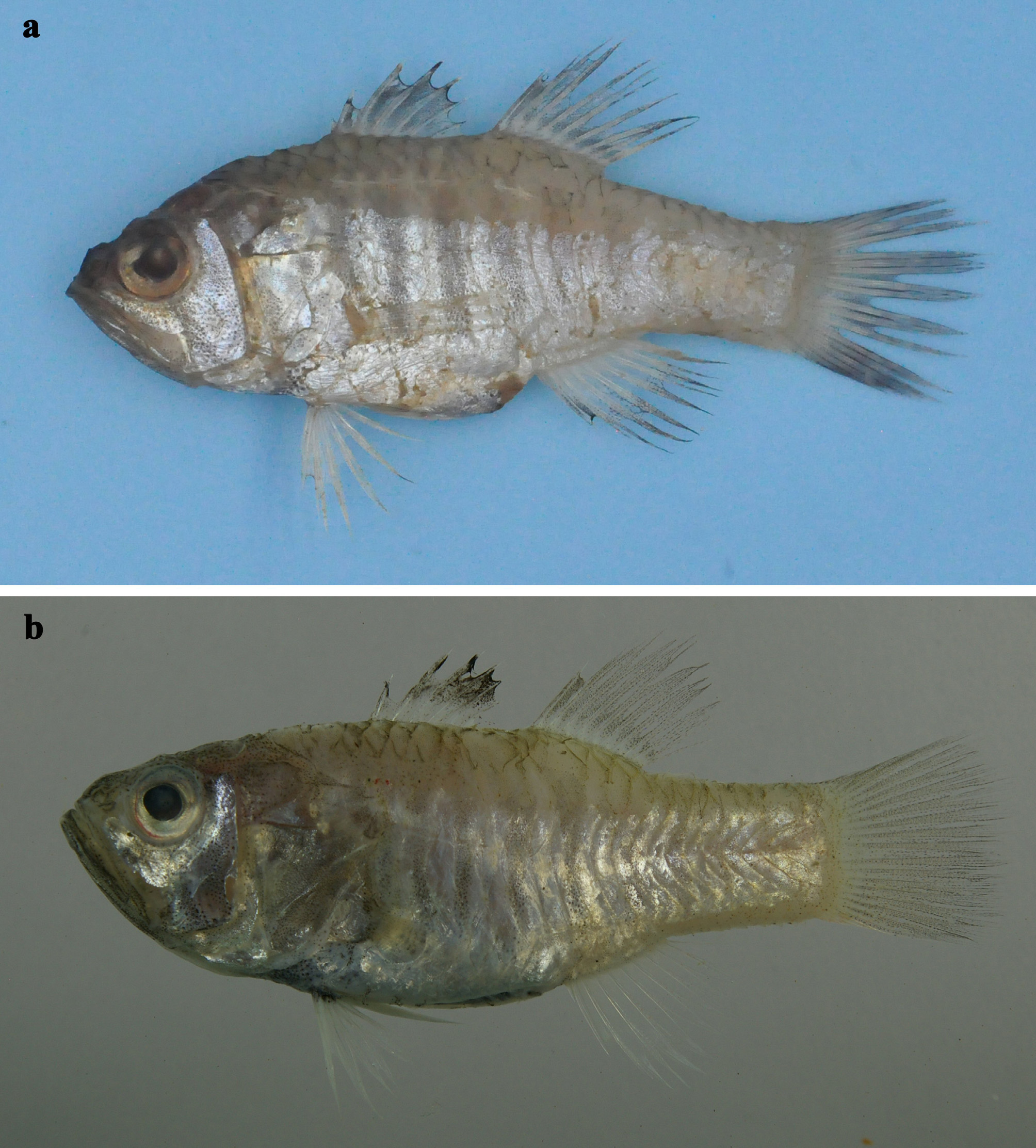 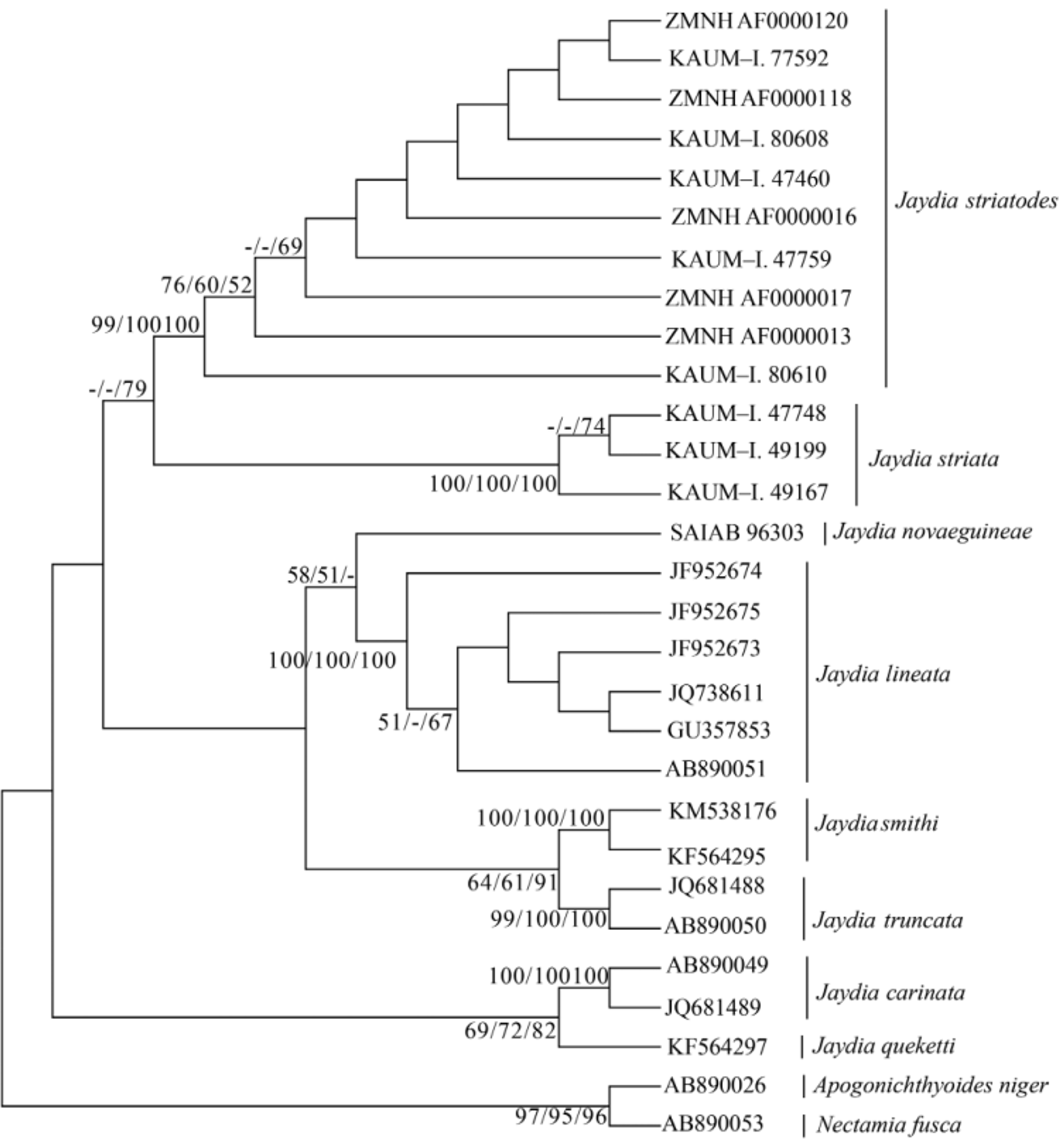 TABLE 2. Morphometric and meristic comparison of Jaydia striatodes and J. striata. Proportional measurements are expressed as percentage of the standard length.

TABLE 3. Mean percent distance (Kimura 2 - P) between cytochrome oxidase subunit I (COI) gene of eight Jaydia species and ranges of distance within species with mean within species distance in parentheses (in bold).