The characteristics of the females collected in this study are very close to those of the holotype except for the longer r 3 and R 1. Denmark et al. (1999) considered this species to be a senior synonym of Euseius vivax (Chant & Baker)   . In this paper, these are considered distinct species, as explained under E. vivax   . Euseius fructicolus   is most similar to Euseius stipulatus (Athias-Henriot)   from which it is distinguished by the shape and size of the spermatheca as mentioned later in this paper in the key to species. 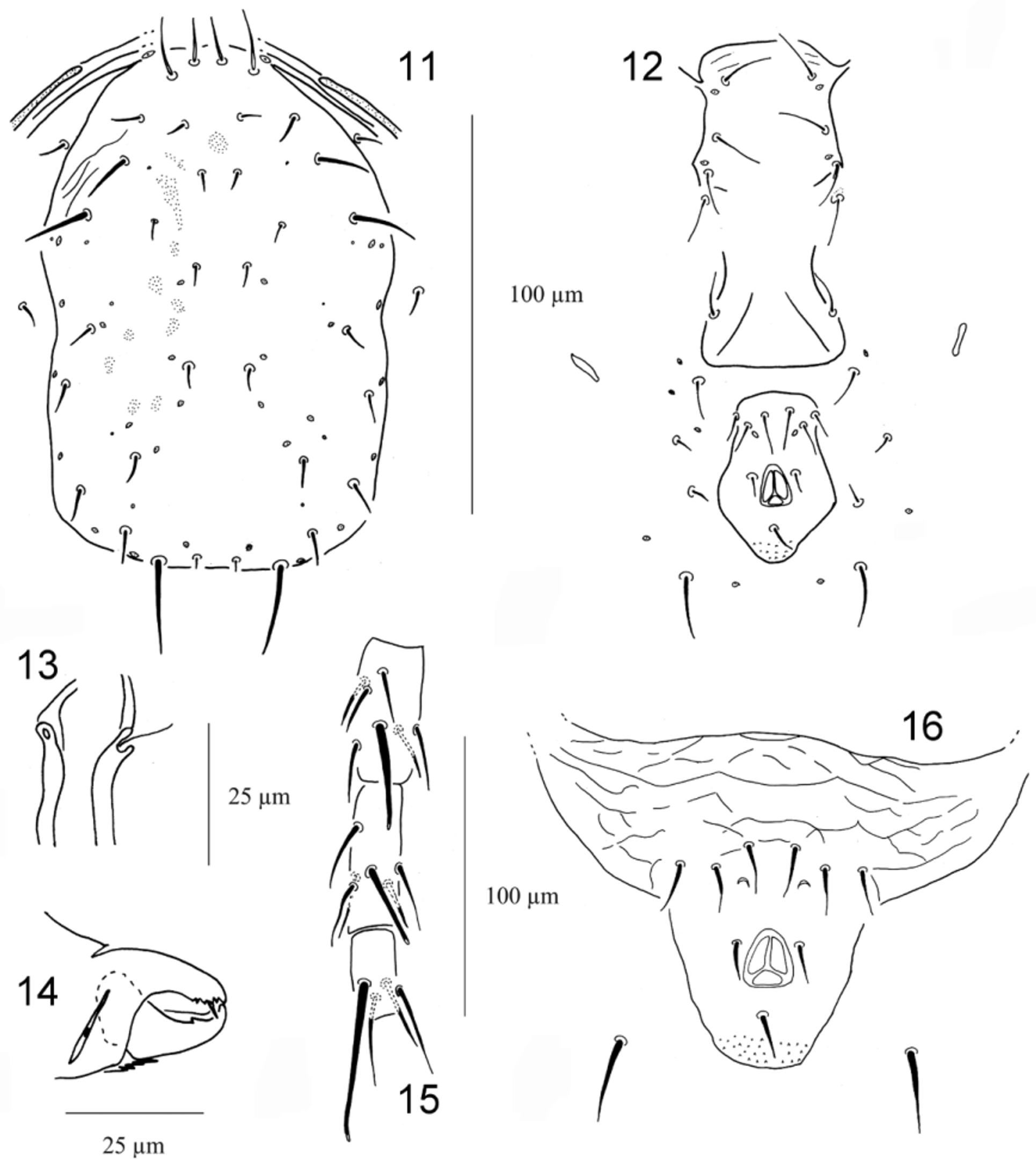