Diagnosis. Rostral tectum without areolae. Sensillus discoidal with fine barbs. Notogaster with elevations or bumps. At most 14 areolae present on the notogaster in dorsal view. Thirteen pairs of notogastral setae present. Porose areae Aa and A 2 present. Pygidium at the posterior end of notogaster. Epimeral setation: 2-1-3-1. Ventral plate fully areolate.

Integument. Cuticle greyish brown in color. Body covered with abundant cerotegument in the form of small rounded granules. Microareolar patterns seen on notogaster, other than the 14 areolae.

Notogaster ( Figs. 14View FIGURE 14, 20, 22View FIGURES 20–23, 24View FIGURES 24–28). Dorsosejugal suture highly convex, extending beyond interlamellar region and incomplete, being interrupted medially, towards the anteriormost portion. Notogaster cuneate anteriorly and oval posteriorly. Thirteen pairs of small, smooth, slightly curved setae present on notogaster, often covered with cerotegument giving a leaf like appearance. Setal length vary from 4–8 as the following; c 3, da (4); c 1, dm, dp, la (5); p 1, p 2, h 1, h 2, h 3 (6); lm (7); lp (8); c 2 and p 3 absent. Lyrifissures im, ip and ips present, im more or less horizontally placed between lm and lp; ip and ips visible in ventral view. Porose area Aa present closer to seta la; A 2 located posteriorly, above the level of seta h 2. An array of cuticular elevations and bumps present on notogaster. The first bump located at the region between setae da and c 1, surrounding an areolae; the second bump central in position, located between setae da and dm and it extends laterally on either sides, towards seta lm; the third bump located below the second one, curved and U-shaped, extending posteriorly, to slightly below the level of seta dp, encompassing an areolae. It extends laterally also on either side, as a transverse bump towards the insertion of seta lp. Three areolae present, between the field delimited by the bases of dm, la and lm. Apart from the above three areolae encompassed by the bumps, a single areola detected anteromedially on the notogaster, between setae c 1, of either side. Posterior border of notogaster produced in to a pygidium.

Coxisternal region ( Figs. 15View FIGURE 15, 26View FIGURES 24–28). With six pairs of short, smooth, and tapered epimeral setae (1a, 1b, 2a, 3a, 3b, and 4b), of approximately equal length. Epimeral setal formula 2-1-2-1 (4a absent). Epimeres I and II fused together and epimeres III and IV fused together and the fused epimeres delimited by apodemes. Coxisternal area margined by wrinkled ridges. Median depression seen on the fused epimeral plates, I and II as well as III and IV.

Etymology. The species epithet, “ indicus  ” is derived from the name of country from where the type specimens were collected, duly considering the status as being the first species of the Family Licneremaeidae  , described from India.

Ecology. Large number of adults and various life stages of Licneremaeus indicus  sp. nov. were found to inhabit the litter samples of A. auriculiformis  . Hundreds of specimens were found to occupy all layers of litter samples, indicating their possible role in the degradation of highly recalcitrant Acacia  litter. 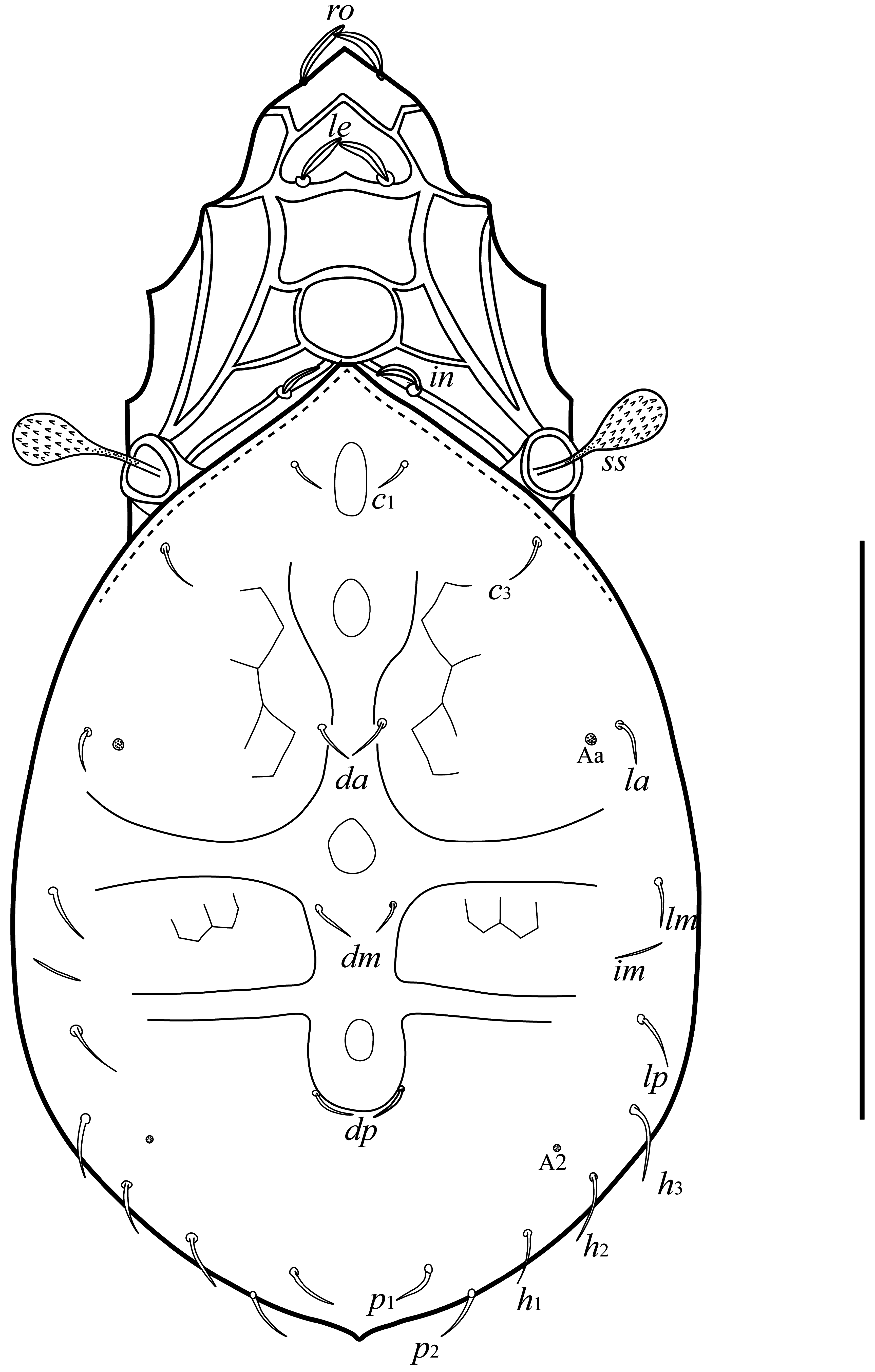 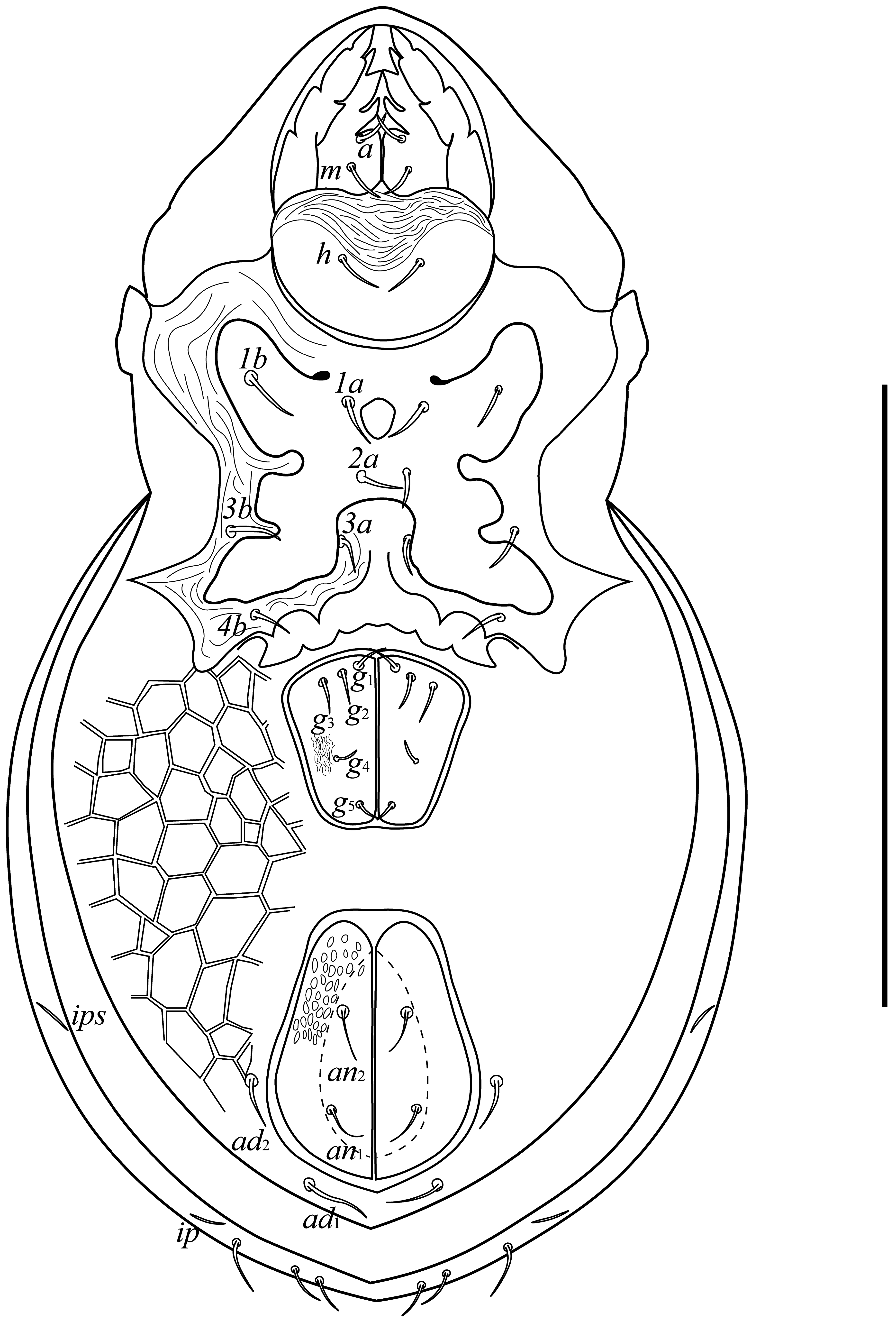 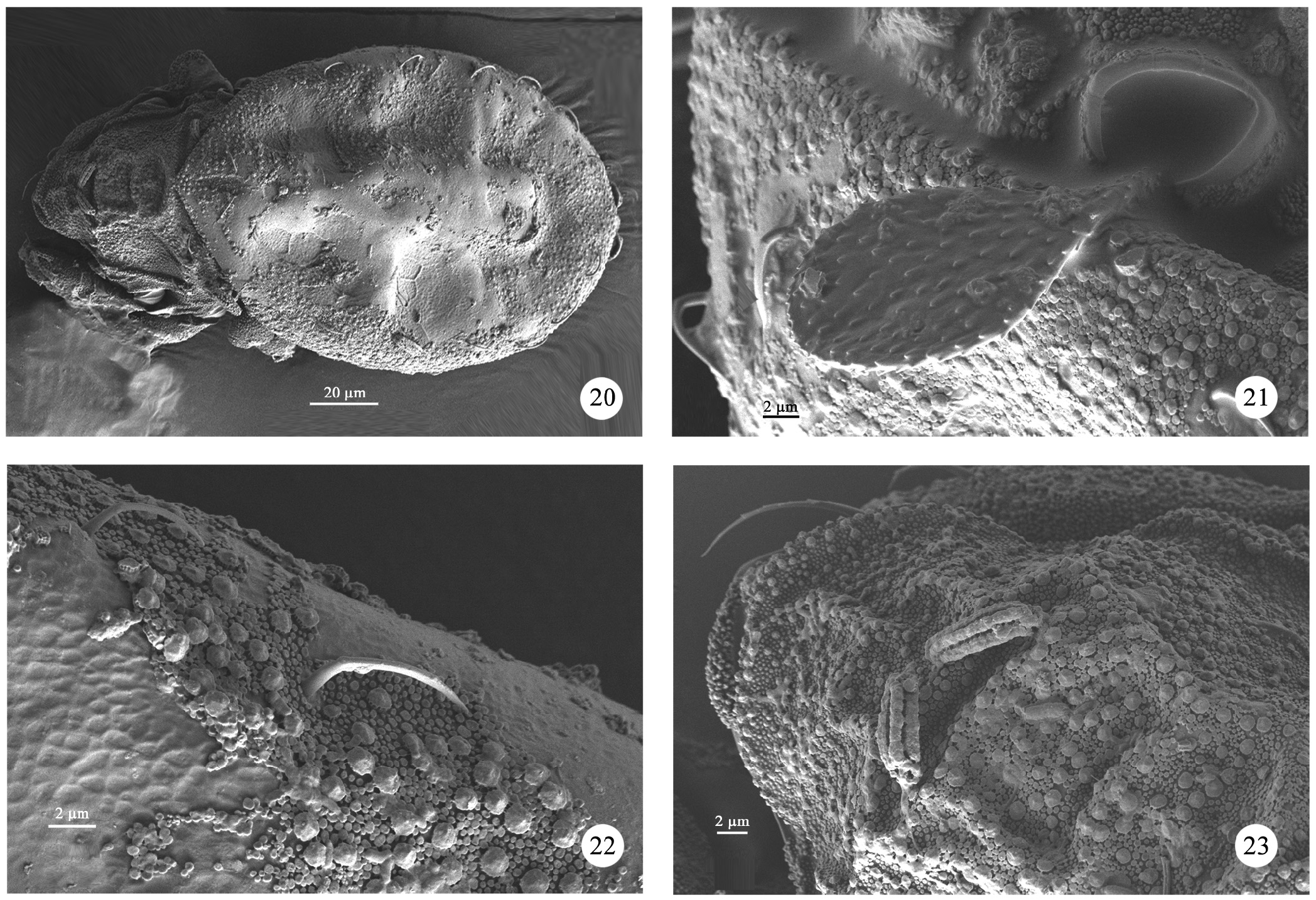 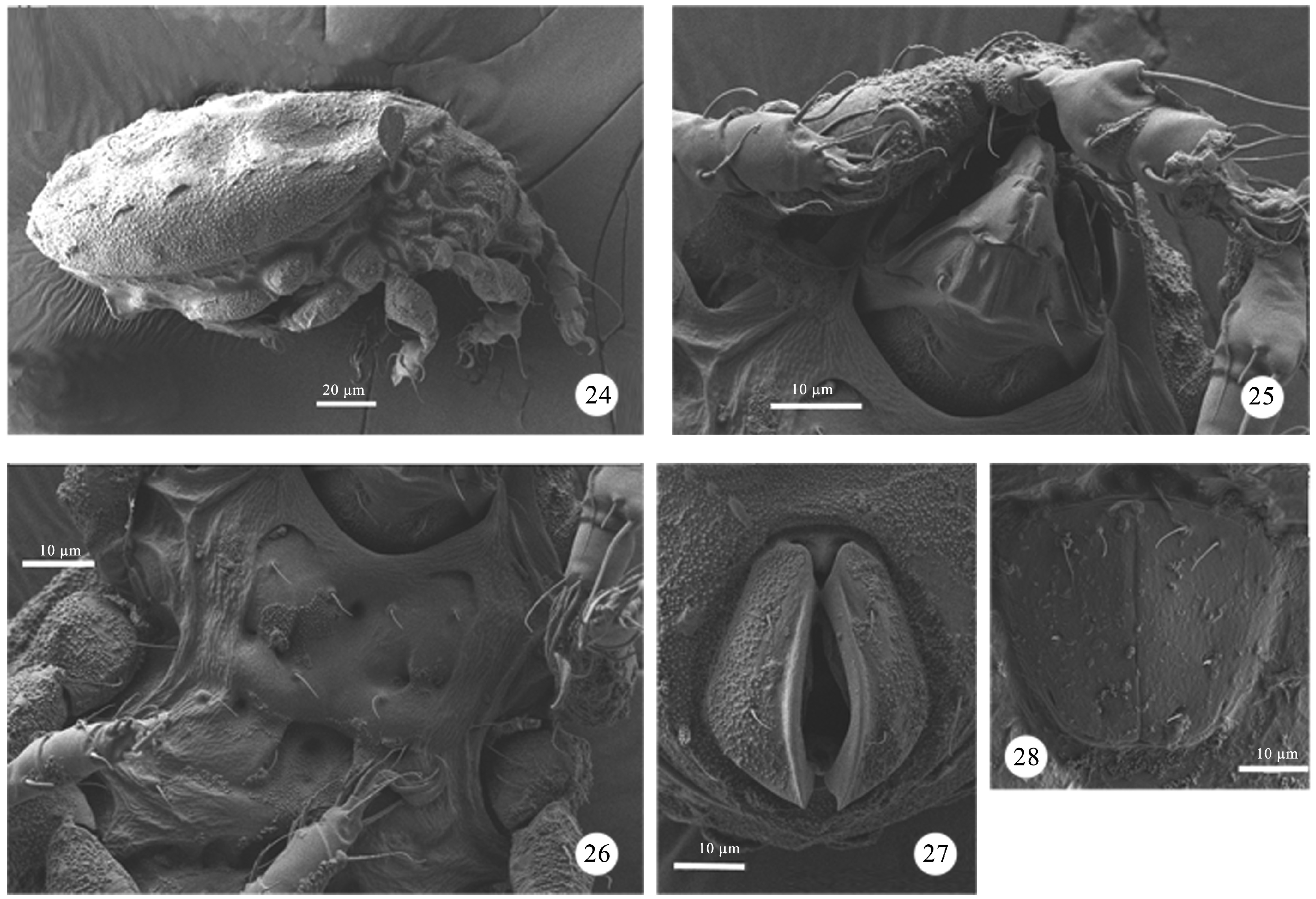