Ecology. They are found to inhabit litter, soil, moss, lichens and epiphytes.

Distribution ( Fig. 13View FIGURE 13). Nearctic, Neotropical, Palaearctic, Afrotropical & Oriental regions. Hulicheremaeus is endemic to the Neotropical region (not shown in Fig. 13View FIGURE 13), but the nominal genus shows a wide distribution range except Antarctica. Nine species have been reported from the Neotropical region, of which five species were confined to this realm only. The Australian region shows only a single representation, whereas six species have been recorded from Oriental (including the new species) and Palaearctic regions. 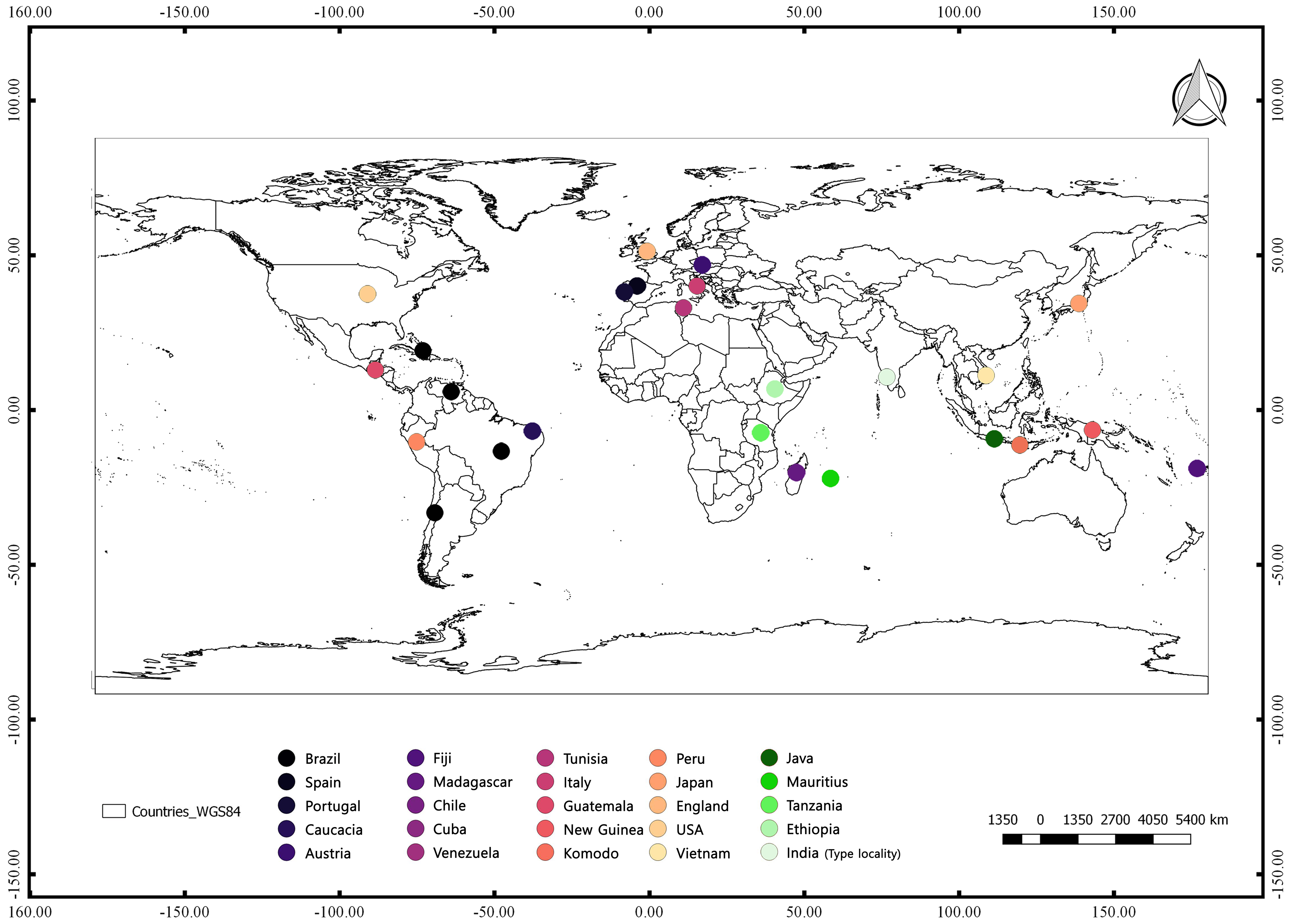