An Indo-Pacific genus that presently includes two species (see above). A third species usually listed in this genus, namely Inioteuthis capensis Voss, 1962   , in fact does not belong to it ( Young & Vecchione 2004), since according to its original description I. capensis   bears a roundish light organ embedded in the ink sac, a trait that does not pertain to Inioteuthis   . Hence, capensis   is excluded from this genus and placed in Rondeletiola   (see below). 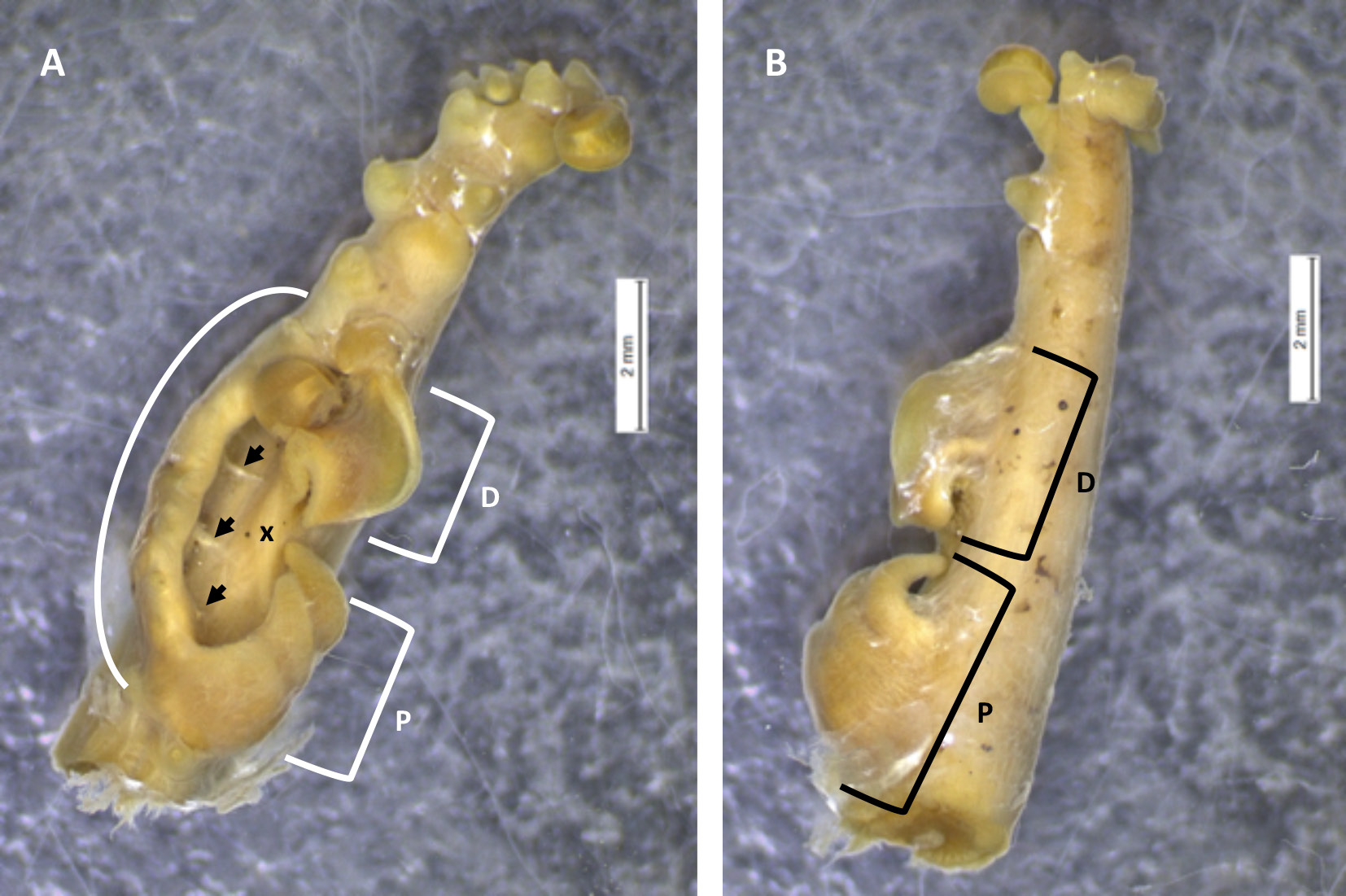 Fig. 12. Hectocotylus of Inioteuthis japonica Verrill, 1881. A. Oral view. B. Lateral view. The brackets P and D comprise the proximal and distal structures of the copulatory apparatus ventral side, respectively; an X marks the longitudinal crest between the two structures. The curved line embraces the swollen dorsal margin of the copulatory apparatus, whose modified pedicels (indicated by arrows) look like trabeculae holding the joining web. Scale bars: 2 mm.