Species Comments and History. Ashmead (1888) described this species from one male and one female specimen, mostly relying on coloration and microsculpture. Harrington (1900) mentioned 6 more specimens in his personal collection, collected from the same area as the type. We located a series of 16 female specimens labeled as C. harringtoni   at the CNC, including specimens from Harrington, but these specimens belonged to several different species, including several Dendrocerus   , and none appeared to match the female type or share the same collecting information as the type (although both these specimens and the type have limited collection information).

The male and female types of C. harringtoni   were both deposited in the USNM, but the male type has been missing for decades ( Masner and Muesebeck, 1968). The female type is still present at the USNM, but it is in very poor condition. The head and antennae are missing, and the rest of the specimen is so poorly glued that it is not possible to determine if the specimen has a sternaulus   . 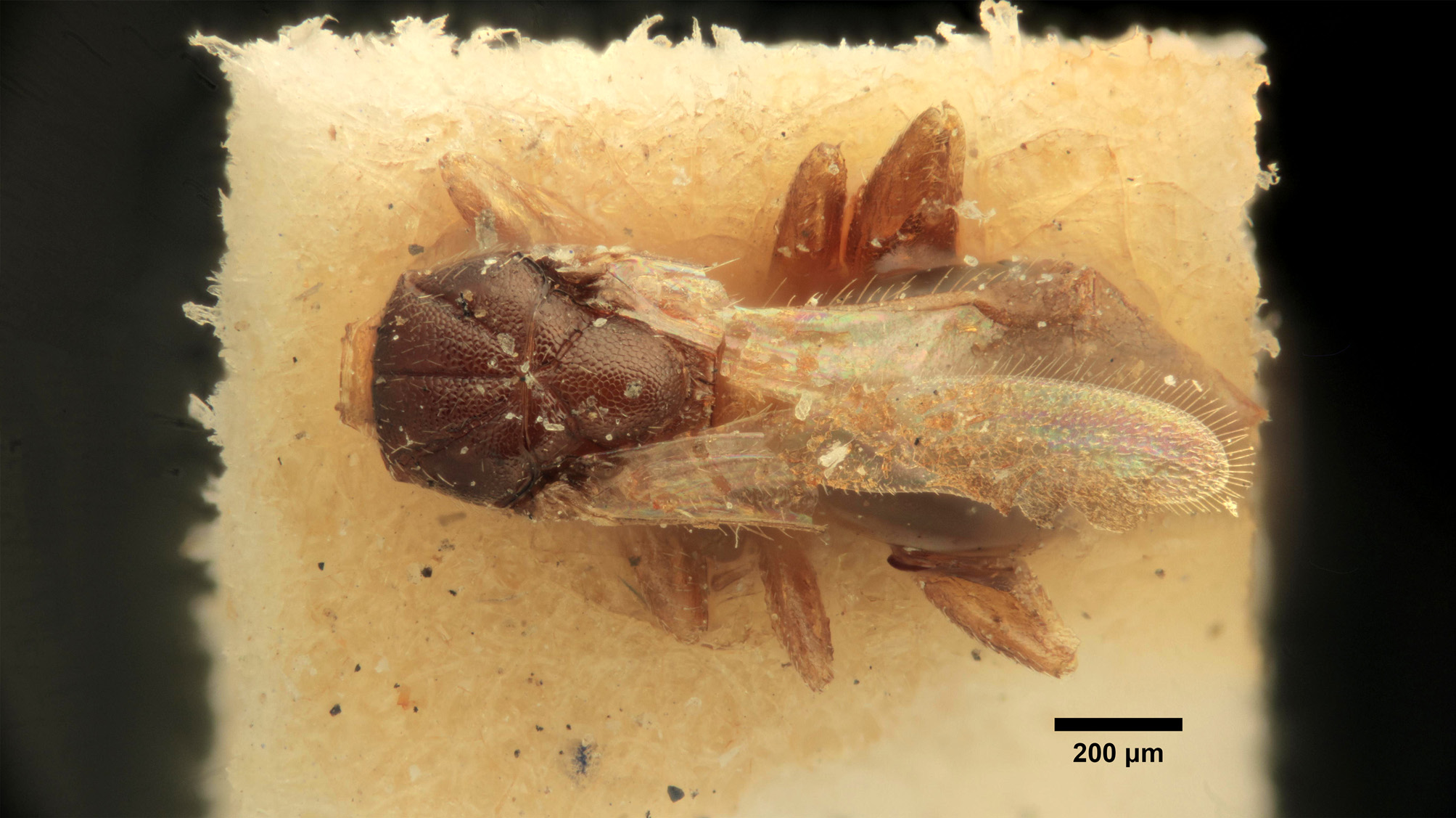