Species Comments and History. Ashmead (1893) described this species from a single female specimen collected in Manhattan, Kansas. The specimen is deposited in the USNM, and is point-mounted and in relatively good condition, although there is dirt and dust on the specimen, which can obscure characters. The female has the preoccipital furrow present and the sternaulus absent. The female type specimen bears a close resemblance to C. duncani   , C. orcasensis   and C. pergandei   , which are all known only by male specimens, and it could be the female matching one of these species. Unfortunately, the female type specimen of C. popenoei   remains the only known specimen of its species; we were unable to locate any additional females or male specimens that match this species. For now, we consider Conostigmus popenoei   as a species inquirenda. 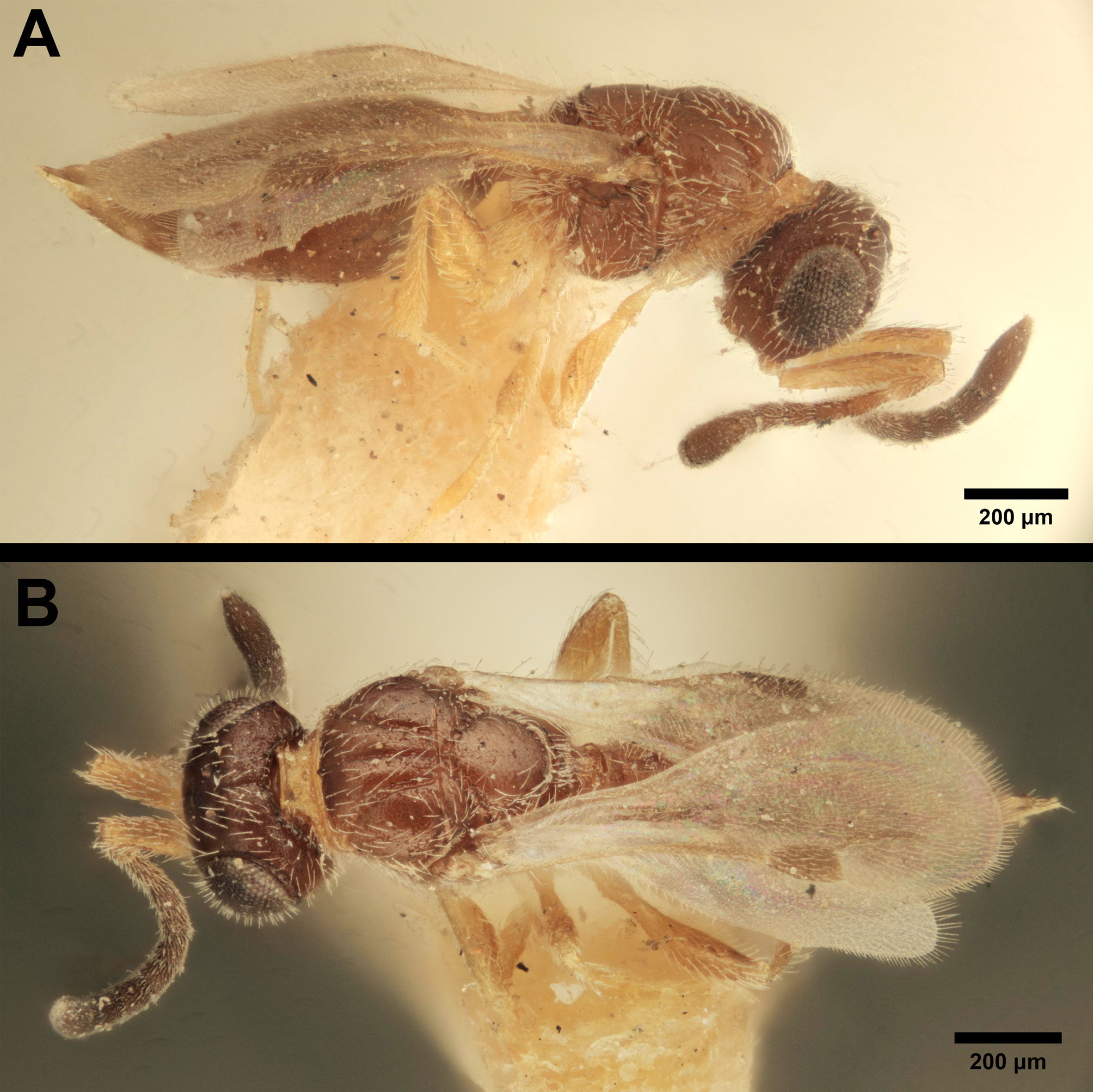