Whittaker’s holotype and two paratype specimens are present at the NHMUK, as well as a third specimen from Whittaker that Dessart identified as C. pulchellus   . This third specimen does not have type status but was also collected by Whittaker in “Hn.”, which matches the type locality, Hollyburn. One paratype (NHMUKENT010812165) bears a label from Dessart identifying it as “ C. abdominalis   , (BOH 1832), syn. nov.”, but Dessart presumably thought the species were synonymous when he left his label on the specimen in 1975, as he expresses surprise in his 1997a publication that they were not synonymous species. Dessart does not mention this particular paratype specimen in his 1997a publication. The genitalia would need to be dissected to confirm the species identification, but we consider it C. pulchellus   and include it in the material examined below.

Diagnosis. This species can be distinguished from other Conostigmus   species by the following combination of characters: facial sulcus present; sternaulus present and elongate, exceeding 1/2 of the mesopleuron length at the level of the sternaulus; harpe longer than the gonostipes in lateral view; harpe shape spatulate; harpe twisted and oriented dorsally or dorsomedially; and 4 apical parossicular setae. This species is similar to C. longiharpes   but can be distinguished by the facial sulcus, which is present in C. pulchellus   and absent in C. longiharpes   . This species is also similar to C. rosemaryae   , but differs in that C. rosemaryae   has the dorsomedian projection of the gonostyle–volsella complex present (absent in C. pulchellus   ), and has harpe that are not spatulate or spoon-shaped and are shorter than the gonostipes in lateral view.

However, we found one male specimen of C. pulchellus   (PSUC_ FEM 64329 View Materials ) that bears the same lighter yellow or reddish coloration on the anterior mesosoma, axilla and axillula that is present in the females associated with the species. The presence of this male exhibiting the female coloration pattern, coupled with the fact that no male or female specimens with this unique coloration have been found in the Palearctic, suggests that these females do belong to C. pulchellus   and not another species. 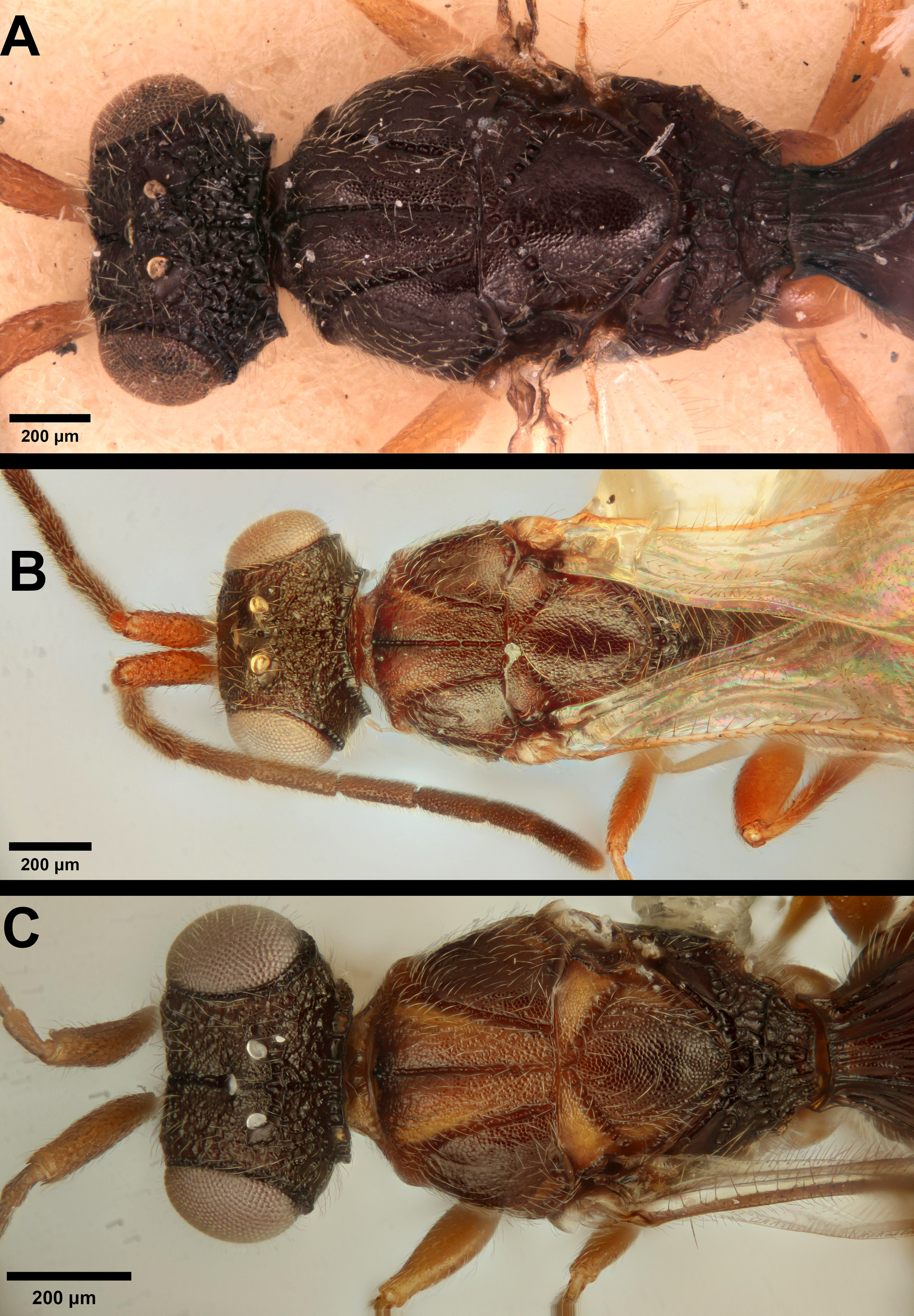 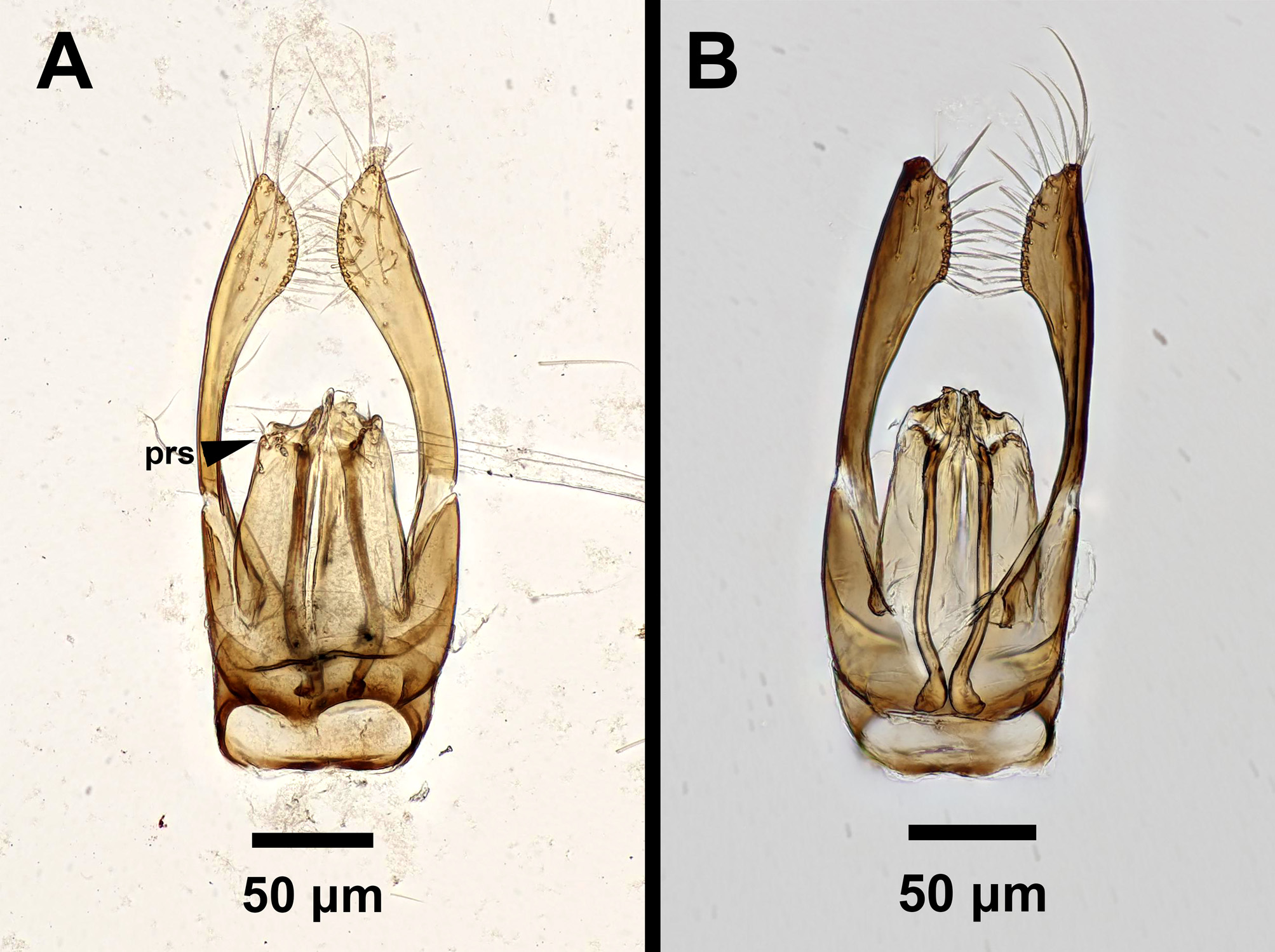