Note. The specimen labelled as BC ZSM Lep 48887 has been used for barcoding. Molecular distance based on the Kimura two-parameter model for COI DNA barcodes between nearest T. hemodi  and T. hreblayi  is 3,17 %; the distance between B. hemodi  and B. pinratanai  is 6,42 %.

Male genitalia ( Fig. 39View FIGURES 38 – 40). In the male genitalia it differs from other groups by extended flattened shape of valva and structure of the aedeagus with extended branches of carina armed with strong spines. Uncus more solid than in B. biformis  , less curved and more extended apically; valva broader more rounded and more sclerotised, sacculus more formed compared with B. biformis  , with large basal coremata; harpe short, but broadly extended, flattened, terminated by small spine. Aedeagus with broad lobes of carina, vesica in joining with carina armed with row of strong short spines and cluster of spines; basal diverticulum with 12–14 moderate and small cornuti. 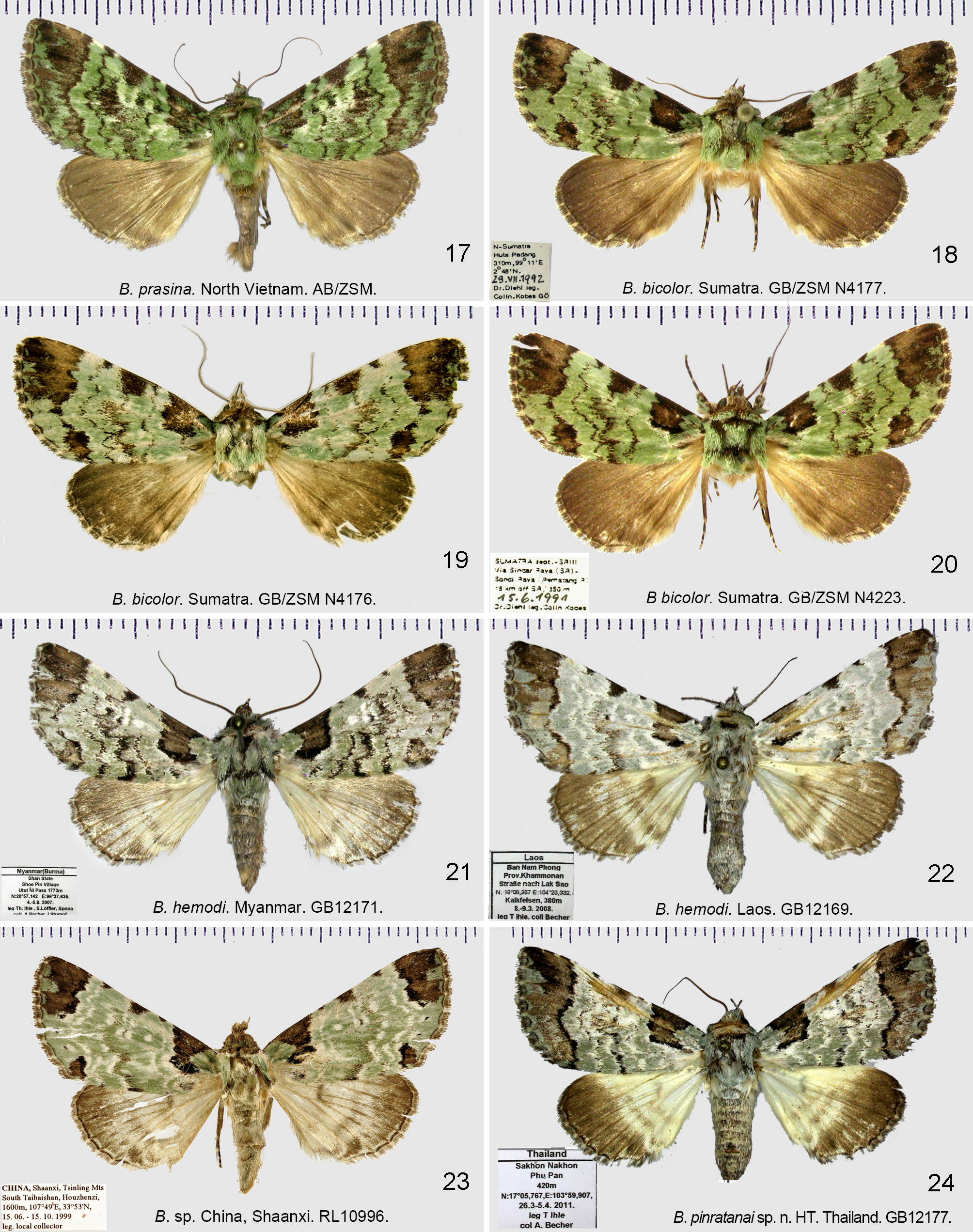 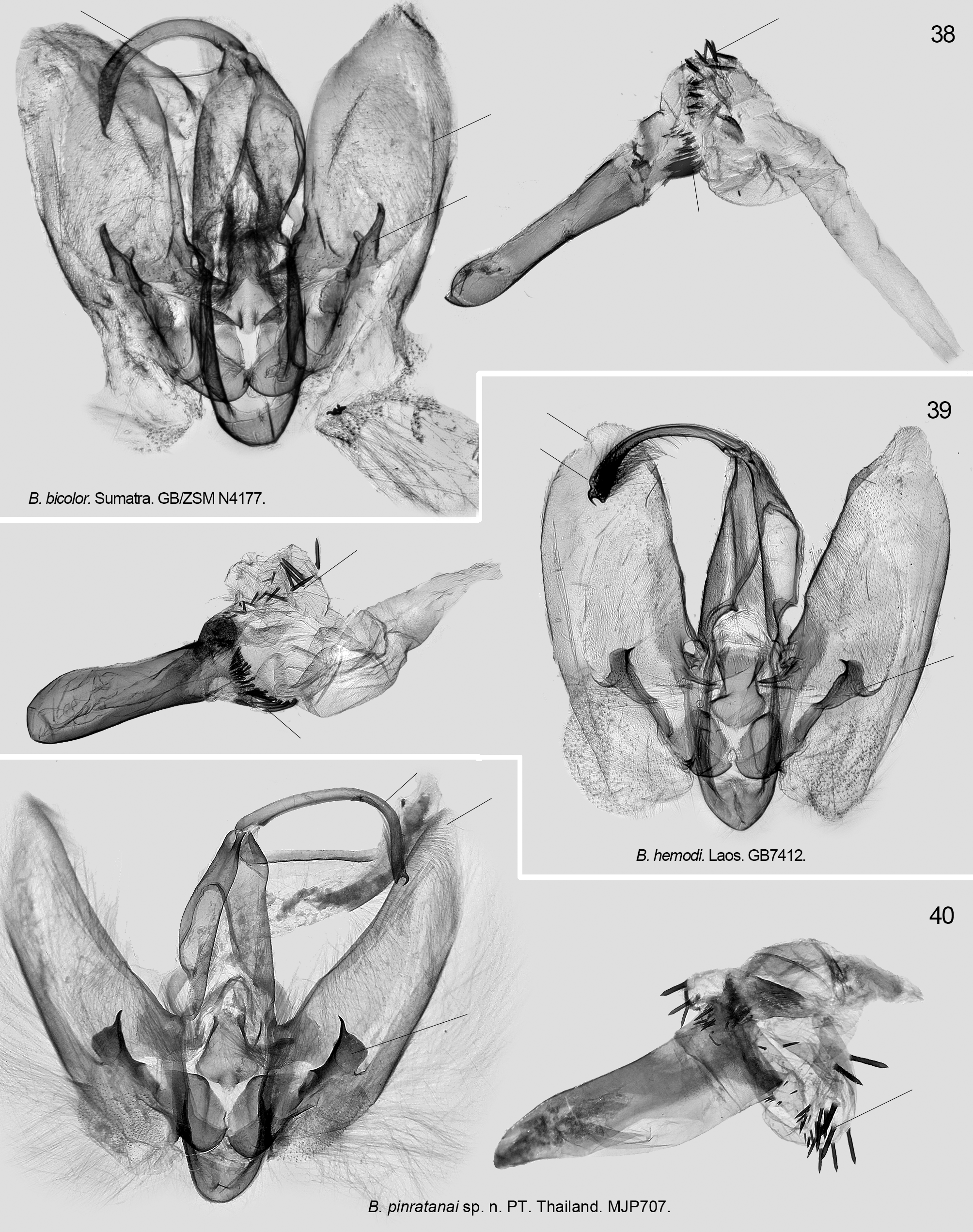 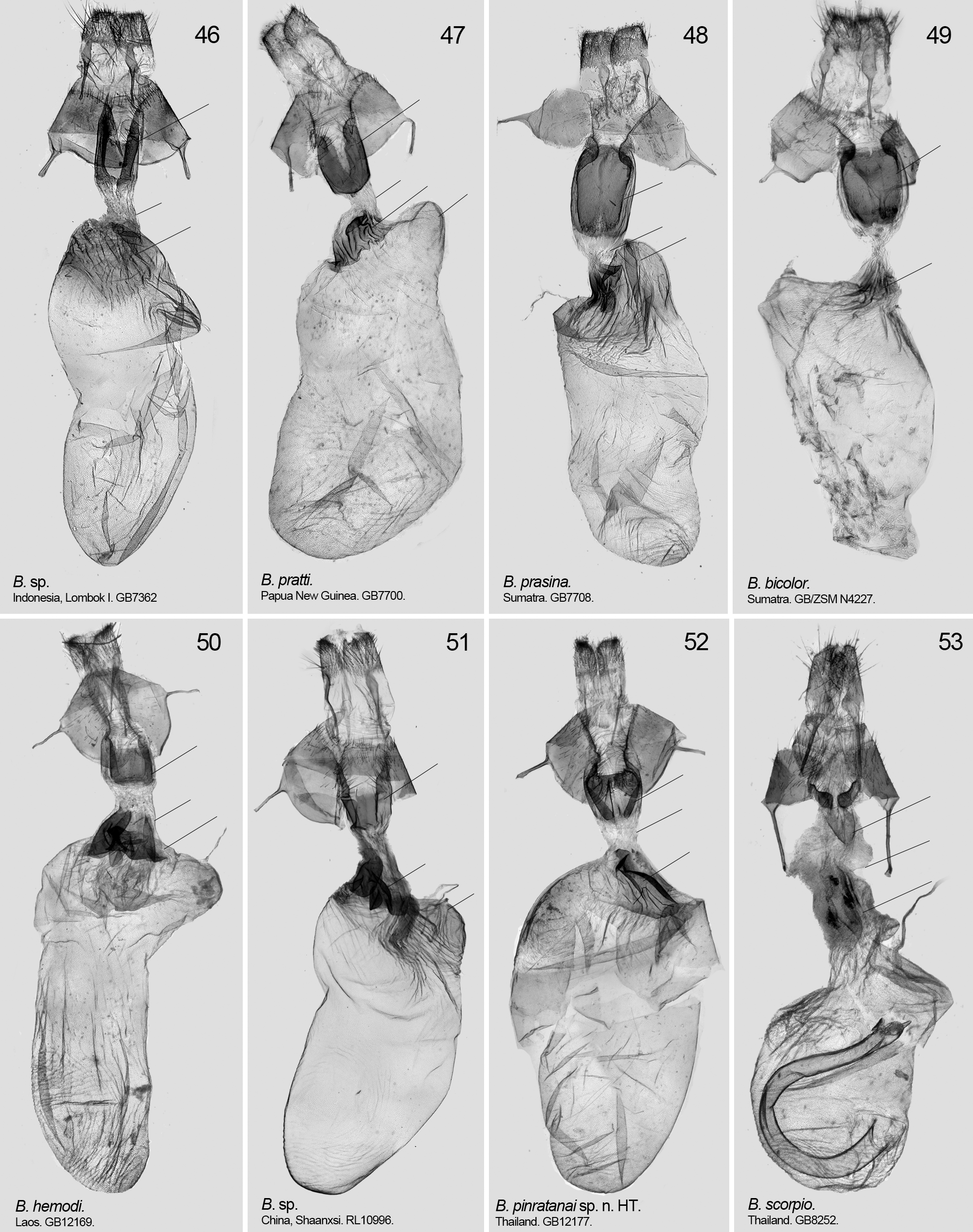