E t y m o l o g y: The specific epithet is an adjective composed of the Latin adjectives (parvus: small) and oculata (with eyes). It refers to the reduced eye size.

C o m p a r a t i v e n o t e s: This species is characterized particularly by the small eyes and the primary sexual characters. It somewhat resembles O. brachyptera (STEPHENS, 1832) in habitus and coloration, but differs by an even smaller and more slender body, smaller eyes, finer punctation, shorter and more slender antennae, the absence of a palisade fringe at the posterior margin of the abdominal tergite VII, a posteriorly smoothly convex male sternite VIII, the shape and internal structures of the median lobe of the aedeagus, an apically undivided ventral process of the aedeagus, and by the shape of the spermatheca. For illustrations of O. brachyptera see ASSING (2012a).

D i s t r i b u t i o n a n d n a t u r a l h i s t o r y: The species is currently known only from the Veleta in the Sierra Nevada, Andalucía (South Spain), where it may be endemic, as is suggested by the reduced eyes, wings, and palisade fringe at the posterior margin of tergite VII, as well as by the high elevations at which it was found. The specimens were collected from grassy patches and scree at altitudes of 2960-3380 m. 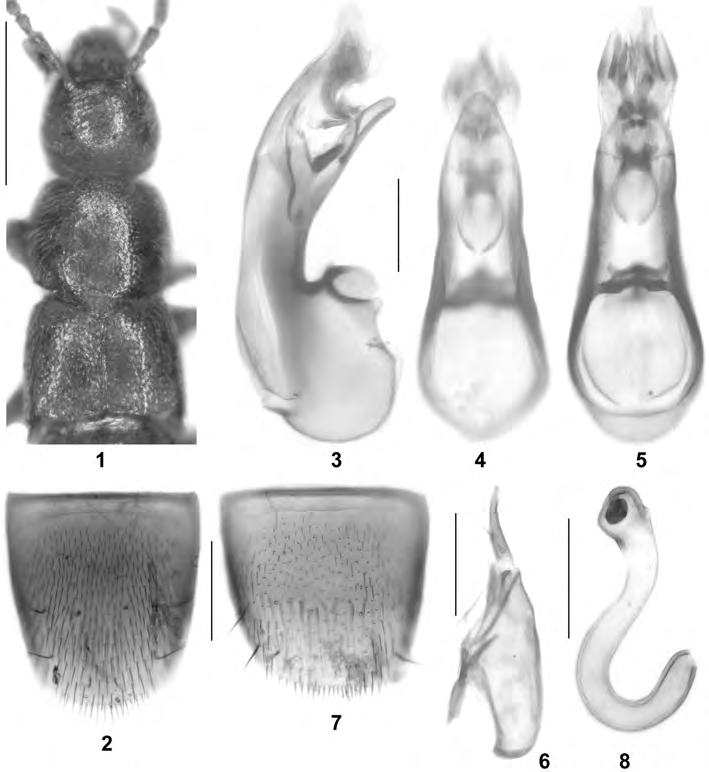