Remarks. Eupolymnia is a readily recognizable genus due to the shape of the lobes on anterior segments, ventral, around the mouth on segment 1, ventro-lateral on segment 2 and progressively shorter and more laterally inserted on segments 3 and 4.

Another character which is diagnostic for this genus is the distribution of prostomial eyespots. After observation of live specimens of species from Brazil and Australia, we noticed that species of Eupolymnia , at least those occurring in Australia and Brazil, typically have a continuous row of eyespots across the prostomium, without mid-dorsal gap, but with a single eyespot wide line instead mid-dorsally, with eyespots widely separated from each other ( Figs 2 View FIGURE 2 E–G; 36 C, F–G).

Two species of Eupolymnia were previously known from Australian waters, E. koorangia Hutchings & Glasby, 1988 and E. trigonostoma ( Schmarda, 1861) . Eupolymnia koorangia was described from material from Kangaroo Island, SA, but has been found all around Australia, including Lizard Island ( Hutchings & Glasby 1988), although in this paper we transfer these records to the new species described herein. Capa & Hutchings (2006) provide a table of the diagnostic characters of the 20 species of the genus currently recognised.

Eupolymnia trigonostoma was described from material from off NSW (no depth given but trawled), and Hessle (1917) synonymised the species with Polymnia congruens ( Marenzeller, 1884) ( Hessle 1917: 176) , a species originally described from off Japan. However, Hutchings & Glasby (1988) could not locate the type material of E. trigonostoma or any modern description, Capa & Hutchings (2006) listed both species ( E. trignostoma and E. congruens ) in their table, but most characters are not scored for E. trigonostoma , because there is no information on these characters in the original description. So we suggest that E. trigonostoma is dubious, unless material from the type locality is available for study, and that this species should not have been synonymised with E. congruens . 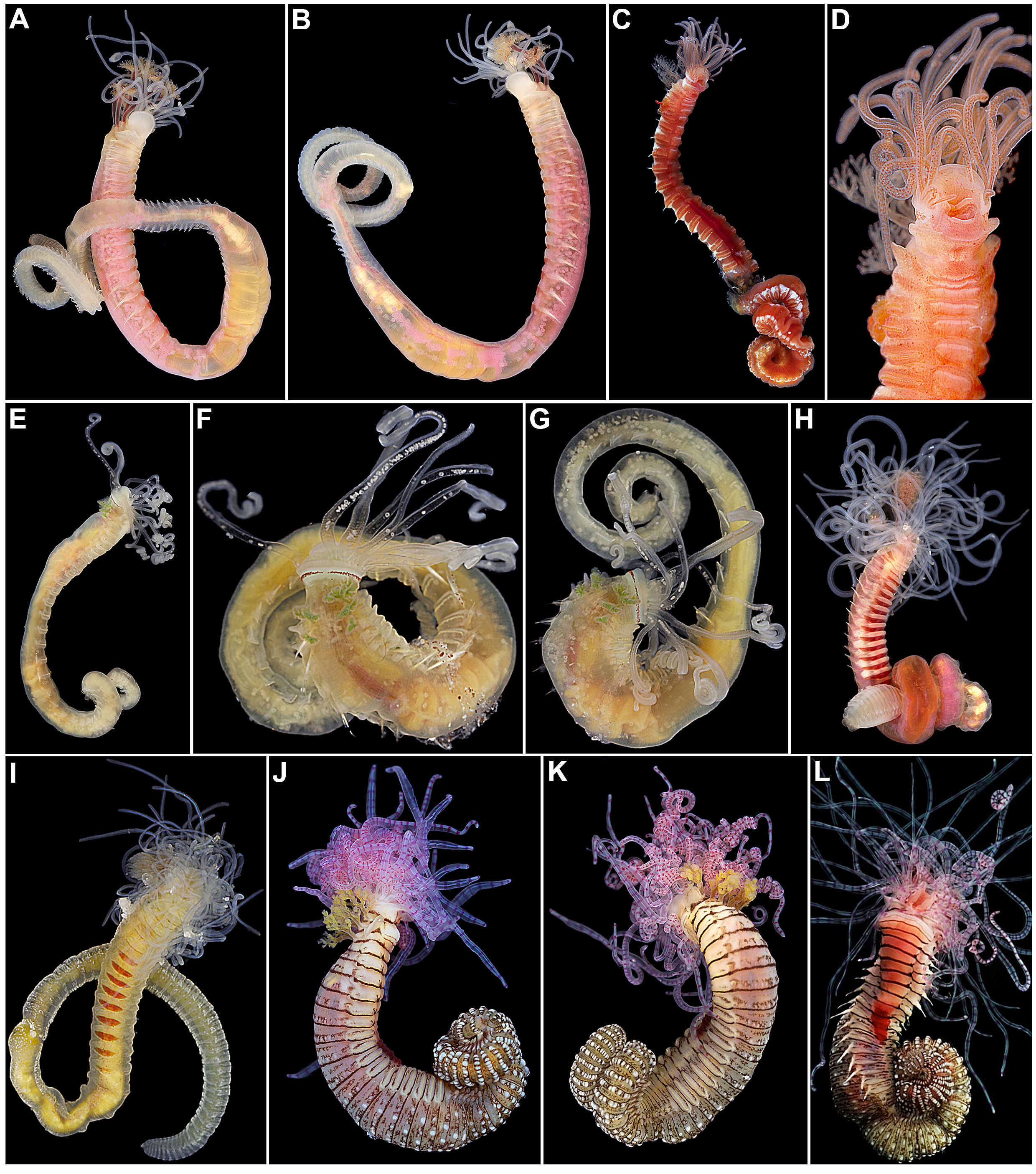